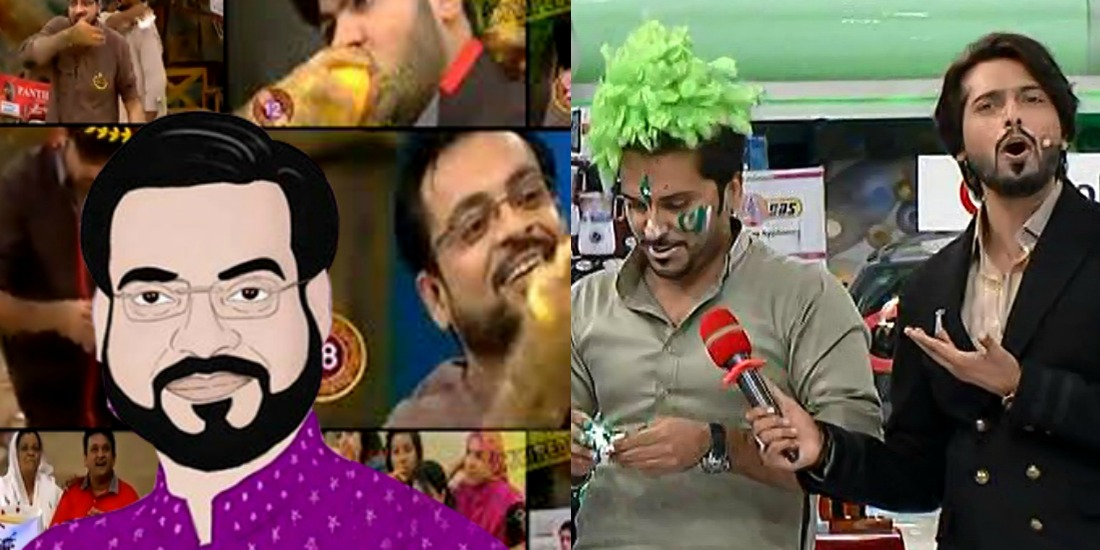 If you’re a kid from the 90s, the real 90s, you probably remember sitting by the TV at iftaar and watching Qasida Burda Sharif – the most soothing tune one’s ears could listen to after a long day of fasting.

When the only attraction post iftaar was sitting with the family and discussing how the roza actually went. A lot has changed since then. Pakistani media has taken the country by storm through its bakra-mandi approach with multiple shows that truly do not in any way relate to the humbling holy month of Ramadan. 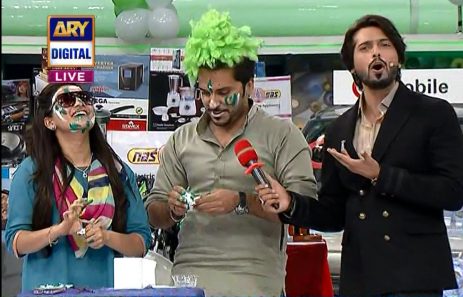 One sits to wonder, where exactly did we go wrong? When did the month of blessings turn into the month of begging? As a very famous video on Facebook proclaimed: in the 60s, Pakistanis were predicted to be the nation with the most keen sense of integrity, but how times have changed.

All the common middle-class bourgeois Pakistani now dreams of is going to an Aamir Liaquat or a Fahad Mustafa show, so they can sell their integrity in return of a Unique Motorcycle or a JJ. Lawn – or maybe a chance to win a Habib sponsored Mehran. When exactly did bheek become so important to us that we lost all sense of respect? 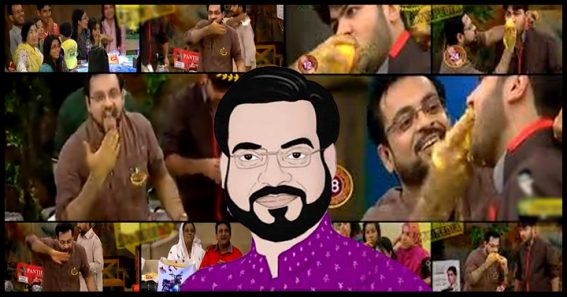 While we get our faces and mouths stuffed with Mangoes to the tune of ‘Aam khaega Aam?’ and be referred to as ‘Moti Moti Auntiyan Kahan Baithi Hain?’ or wiggle around doing ‘Taka Tiki Taka Tiki Ta’ – just for the sake of goodies, we’re forgetting that the Holy month was never about such materialistic shenanigans – in fact, it was to feel how the poor feel.

The real essence of Ramadan that we’ve forgotten 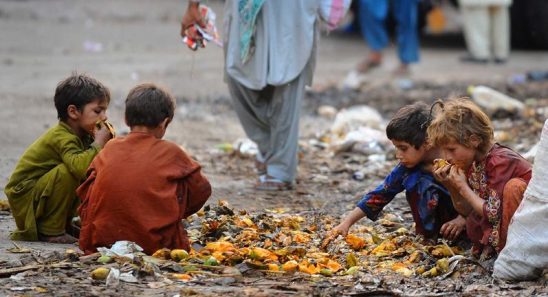 Nobody who comes to these ‘bakra mandi’ shows is poor enough to not be able to afford two meals a day. Ramadan was about feeling the pain and hunger that the poor part of our community feels – but even these sponsors, the biggest brand names in the country, along with the biggest media chains, have not gotten the memo.

One can only hope that things change, that these conventions lose their importance and demand – one can only hope and pray that everyone involved, including the people who strive and thrive to get tickets for these shows, realize, that instead of wasting so much money everyday for 30 days, you could actually give back to the needy of the country and actually make a change, for the better!

Islam Played No Part In Orlando Shooting! Omar Mateen Was Gay Himself
5 Ways You Can Lose Weight In Ramadan
To Top