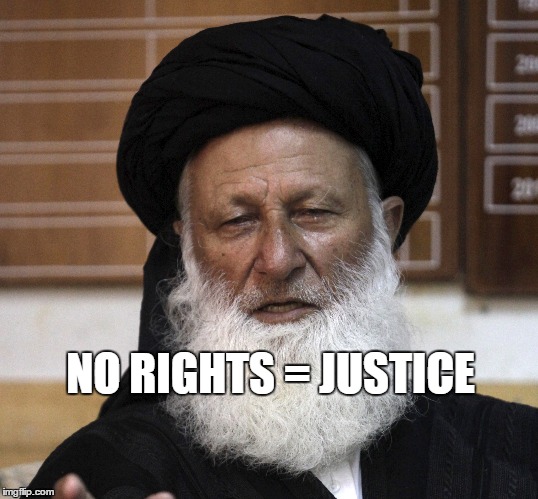 Steeped in ‘Old-Man Privilege’ and a blatant disregard for human rights, the Council of Islamic Ideology believed it  just may be time for introducing a draft for a bill to protect women. 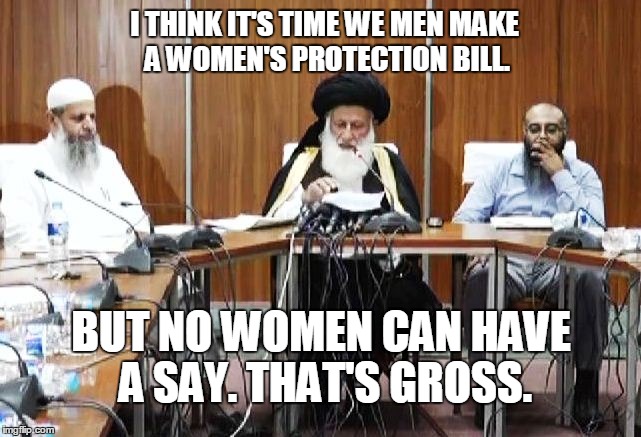 They proposed a ‘model’ women’s protection bill, after having claimed Punjab’s Protection of Women Against Violence Bill to be ‘un-Islamic’.

Their ‘model’ bill seems to be doing the complete opposite.

While the CII has never been one to veer from tradition, even this seems to be excessive.

The 163-point bill also includes key points on; the prohibition of interaction between na-mehrams and female nurses treating male patients alongside women’s rights over their own bodies.

I mean really, if u wanna raise your hand on your better half, do this instead. #CouncilOfIslamicIdeology #Pakistan pic.twitter.com/b5DrNUhOnp

Some even came up with their own inspiring drafts!

Having seen the light b/c of the ingenious “Bill” proposed by #CII, my friend also came up with a much needed Bill. pic.twitter.com/HuDXIQSdC7

Due credit to the ingenious Hadiqa Khan!

Some haters used old CII’s way of following Islam, and tried misinterpreting the bill to suit their means…

But, we jest. The sheer idiocy of the draft is incomparable.

Damned #CII Its given me a fever again! Their fatwas should come with a health warning

And for most, fighting with humor is difficult – especially when so much is on the line.

Light beatings for women but no severe beatings for men over infidelity, drugs, gambling, etc. Any comments #CouncilOfIslamicIdeology?

No nation can rise to the heights of glory unless the women are side by side its men said Jinnah. NO says #CII pic.twitter.com/04zhatUDbb

To be deliberated on Thursday and Friday, the copies of the bill have been sent as the Council of Islamic Ideology’s recommendations to  the provincial assemblies.

As our civil duty, it is important to speak for our own rights, and educate ourselves and others on what is just, and all should continue to do so, till it is clear this draft is well and gone.

Difference btw these Fake Mullahs & our Prophet pbuh
These Fakes are misguiding abt Islam#CouncilOfIslamicIdeology pic.twitter.com/DKXnOtnLQJ

A Must Watch: 100 Years of Hijab Fashion in Under a Minute!
9 Pakistani Kids Your Mom Would Love More than You!
To Top