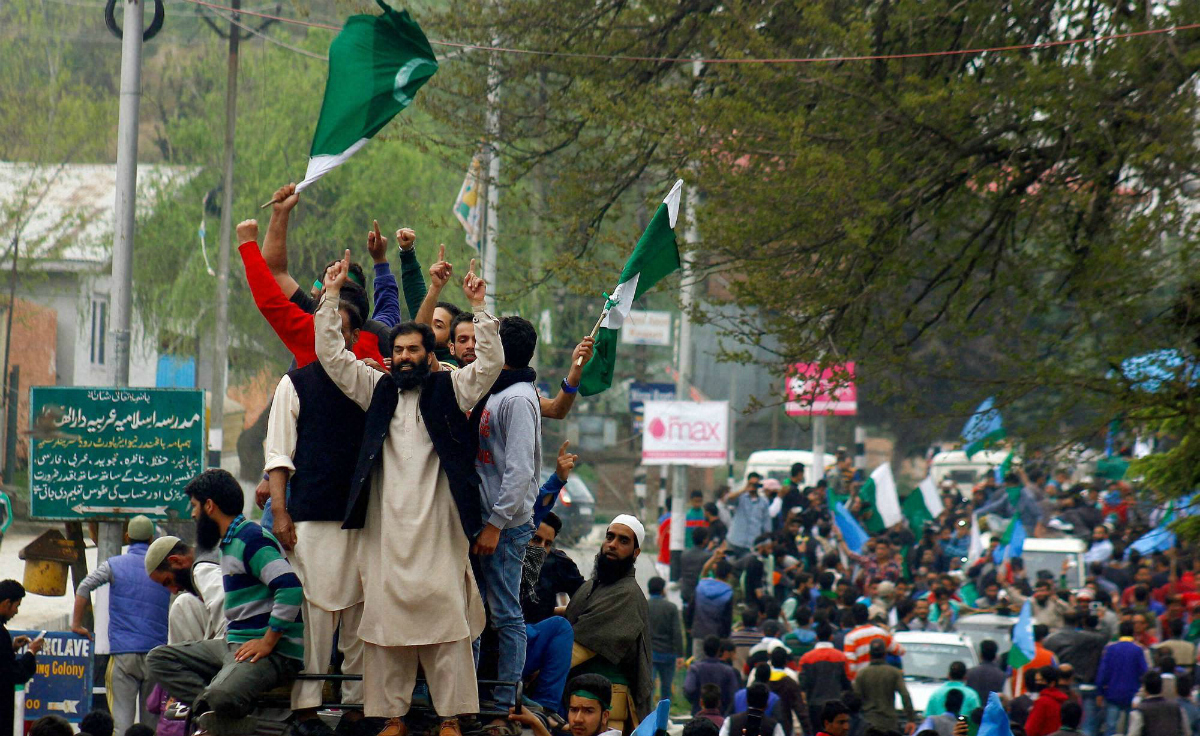 For almost 70 years, two of the strongest nations of the sub-continent have been at each other’s throats for one particular reason. Kashmir. The beautiful land of Kashmir, which was once enriched with innocence and happiness, has been suffering at the hands of the Indian Army. Many would say, you can’t clap with one hand – or why just blame the Indian Army? Well, why don’t you see for yourself.

Murders, rapes, disappearances, torture – Kashmir has suffered enough. The Twitterati were on fire with #FreeKashmirFromIndia

1. Most Kashmiris, for a fact, want to become a part of Pakistan and NOT India

2. The rigorous Indian Army torturing Kashmiris on tilting towards Pakistan

We will continue to resist.The dawn of FREEDOM is near in sha ALLAH #FreeKashmirFromIndia #Kashmir pic.twitter.com/wpeppGWZ3h

3. The resilient Muslims of Kashmir are making their voice heard – they are NOT afraid

5. Pakistanis too made their voice heard; we are NOT giving up on Kashmir

6. Even the father of India, Gandhi, believed in self-liberation for the Kashmiris

Kashmirs has always rejected an Indian claim that Kashmir as an “integral part” of India #FreeKashmirFromIndia pic.twitter.com/Do4SZ38ucU

7. The force is definitely strong in this one..

We won’t accept #FreeKashmirFromIndia We don’t take anything for free from anyone. We r mard e momins, we will fight to last man standing.

8. Discrimination is global; no Facebook filter can help the Kashmiri cause

Mark zuckerberg will never change his dp for these people #FreeKashmirFromIndia pic.twitter.com/gZcboqfLZK

#FreeKashmirFromIndia you can’t keep a beard in IOK without having the fear that you will be hunted down. pic.twitter.com/wbdLXDezrY“

10. It’s like the whole world, including the UN, has turned a blind eye towards Kashmir

#FreeKashmirFromIndia UN is silent over the violence done by India in Kashmir. pic.twitter.com/zqHqMw1Vbl

11. Freedom is a key word missing from the Indian dictionary

12. Every wall, every shop, every corner of Kashmir speaks volumes about what they want

#FreeKashmirFromIndia These are the brave sons of Kashmir like Ali Geelani who have held Pak flag high pic.twitter.com/r7PHnE4wQM

14. The Kashmiri dream will forever stay alive, for dreams can’t be tampered

INDIA… Never will you succeed in killing of our dreams… #FreeKashmirFromIndia pic.twitter.com/3zQXgtCwQ0

City of Madaya: Syrian Prisoners In Their Own Homes [Warning: Graphic Images]
10 Interesting Facts About Rowan Atkinson a.k.a Mr.Bean
To Top