Pakistani Showbiz Affairs: Who Dated Who In The Past|Parhlo.com 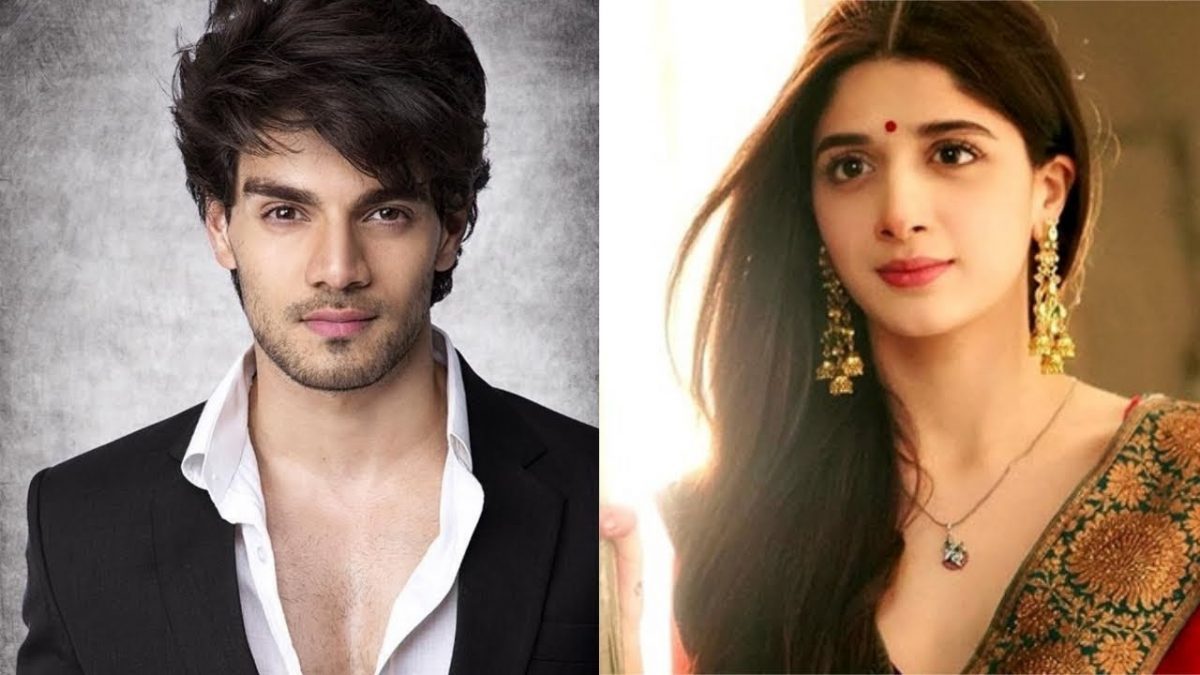 The world of entertainment, undoubtedly, presents to be the most dynamic of all. The only permanent thing found here is the “change” that is occurring in the order of moments. It is perhaps the only place where every person and every event is as unpredictable as an upcoming tsunami.

Here, reel-life relations transform into real-life ones that can be fragile as glass or durable as eternity. In this utterly glamorous world, any statement or revelation is considered a reality until proved otherwise in a vehement tone. Applying similar principles to our entertainment industry, Pakistani showbiz affairs are perhaps the last thing ever heeded to by our glitzy stars.

In our society particularly, whatever a celebrity speaks or does turn into an instant headline. A rumored affair between two renowned celebrities becomes a sizzling topic of discussion and discourse as soon as it gains entry in our ear. The reason attributed to it is the fact that we are exceedingly obsessed with our favorite stars. Thus, any such hearsay is not supposed to be taken lightly and ignored by our masses. 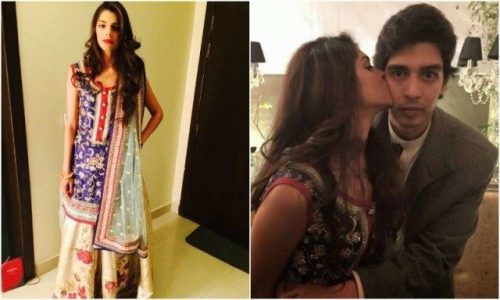 It is now an established reality that the entertainment arena cannot be emptied of all types of rumors and gossips. Speaking to the point, the star-studded world of showbiz thrives on such rumor items that go viral in a jiffy. Whether good or evil, Pakistani showbiz affairs seem to fascinate all the fans owing to their concealed nature. We are generally fond of ongoing development between a given couple and rummage in all directions to get to the underlying reality.

The dating news of some of our favorite couples featured on-air may be true or not, but we always are all ears to it. Showbiz couples who are seen spending time together might be considered working up on a serious note. Yet, this world of glam and style presents a converse picture of what is visible through naked eyes, more often than not.

There happen to be some Pakistani celebrities who always steer themselves clear of controversies. This is due to the fact that in today’s world, social media has empowered everyone to share their opinion openly regarding everything. Then there are those media stars who dare to emerge in the open about matters regarding their personal life, coming across as shocking to lots. Finally, there are those stars who suddenly find themselves in the midst of such scenarios owing to something associated to their personal life.

Pakistani Celebrity Affairs: Time To Get Viral Over The Media! 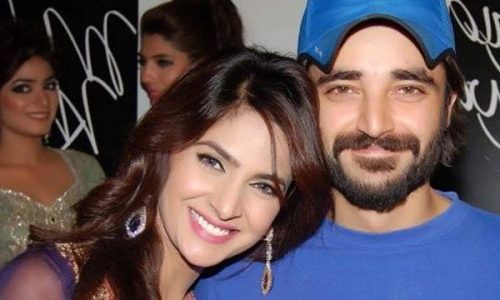 Here are some of the Pakistani showbiz affairs, some hidden while others quite well-known to the local populace. We don’t warrant their credibility and reliability. However, we do guarantee substantial amusement and merriment as you read on.

Both Hamza and Ayesha are well-known faces of Pakistani showbiz industry. Both stars have given together a number of hit projects on a national level. The news about the pair progressing towards a relationship became breaking headlines in various showbiz magazines. Confirming the initial rumors, the couple was also found spending time in each other’s company. But, they were quick to react in giving a blunt reply of being close friends and nothing else. Later on, Ayesha’s marriage with Major Uqbah shed off all rumors as baseless stories.

Hamza And Ayesha Love Duo: Made For Each Other? 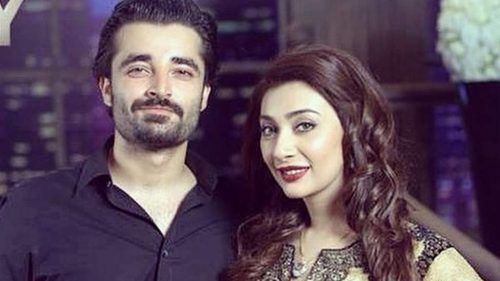 Humayun and Ushna became the hot talk of the town when they were noticed entering and leaving parties and social gatherings together too frequently. As per secret media sources, the news is selling hot that Ushna Shah and Humayun Saeed have been seen together at quite a few places. The news further gains credibility as Humayun Saeed attended the first look reveal of a soap, uninvited for the sake of meeting Ushna. People since then are criticizing Ushna’s acting and even regarding her as a misfit in the serial due to her non-focused attitude. The couple has repeatedly denounced such relationship rumors. And, this was not the first time that our superstar duo found themselves in such a situation.

Humayun And Ushna Hanging Out: Looking Out For An Everlasting Bond? 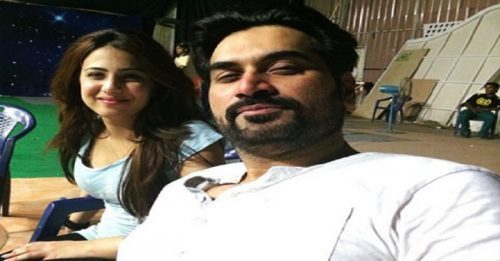 Several years back, this happened to be a hot topic in every town. The affair involved the famous fast bowler, Muhammad Asif, who also acquired fame due to the spot-fixing scandal. His rumored sweetheart, Veena Malik, had been titled as controversy queen. Both were thought to be in a close relationship, which Asif completely denied and Veena charged him with some grave allegations.

Asif And Veena Relationship: The Spark That Extinguished! 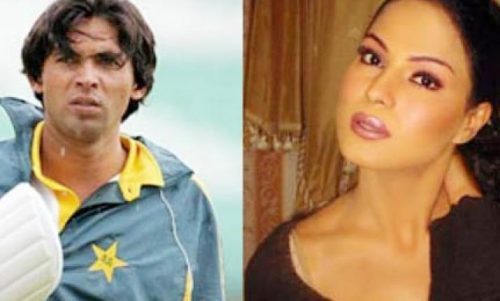 As rumors have it, their relationship is somewhat unspeakable. Daniyal and Momina have been involved in a romantic affair that is no secret stuff now. Whatever allegations Daniyal is currently facing is really saddening and disgusting. It is heartrending where a slight misunderstanding took a horrendous turn. What’d be more, his love, Momina too has turned unsupportive in all this matter. So, this relationship seems to be ending at a very sorrowful note.

Daniyal And Momina Emotional Attachment: Really Made For Each Other? 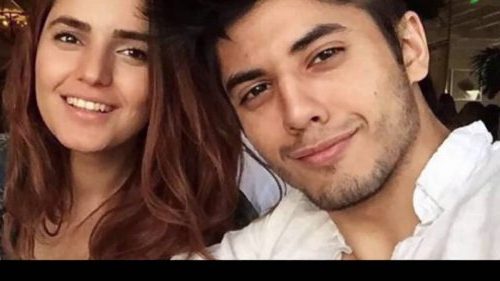 The affair between Wasim and Humaima flashed headlines in nearly all national dailies and monthlies. These two also made it to the social media when sources spoke of the legendary cricketer and the Lollywood beauty appearing to be dating each other. The discussion ultimately evaporated from the news just it had appeared. It is now clear that Wasim Akram and Humaima Malik had both parted ways with mutual consent several years ago. The record-holding all-rounder has now tied the nuptial knot with an Australian beauty several years back.

Wasim And Humaima Love Affair: A Couple Never Made In Heaven! 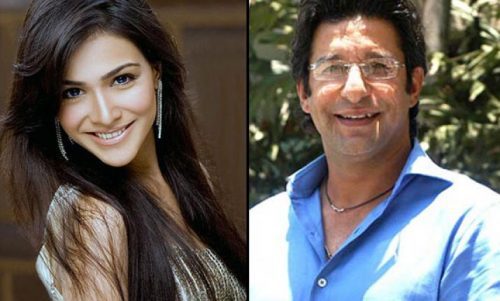 Our list ends with perhaps the best and most favorite of celebrity couples. One that of Feroze and Sajjal, among the most famous on-screen couples. Through a number of featured serials, they have built perfect mutual chemistry. Crowds appreciate and highly approve of their performance that never falls short of love and romance. Dating each other for a long time, Feroze has always admired her beauty. They were thought to be involved in a serious love relationship, even though they both denied the rumors. But, the sure thing is that their fans were rooting for the truth in it.

Feroze And Sajjal Love Doves: Story Without A Beginning? 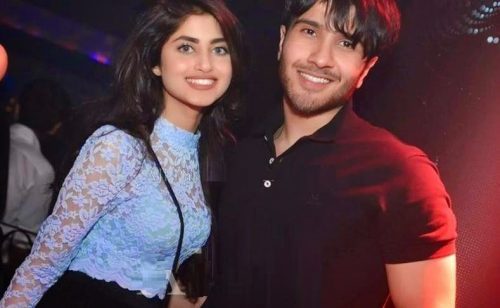 There is so much to add to the list with unending affairs and nonstop rumors. As long as these life tales are being created and destroyed, we assure you of such good reads in times ahead, too.

Pakistani Culture Facts: Everything You Need To Know About It!
Best Time To Visit Pakistan For Tourists? Any Month Of The Year!!
To Top