Pakistani Culture Facts: Everything You Need To Know About It|Parhlo.com

The culture of Pakistan is widely misrepresented. Whether it is through social media, movies or news. The world doesn’t know what the true culture of Pakistan really is. It saddens me and many other Pakistanis seeing our country belittled by everyone out there. This is the reason why I am writing this article. So, that I can get things clear for everyone out there who is interested in Pakistan.

So, without further ado, these are the little known facts about Pakistani culture. 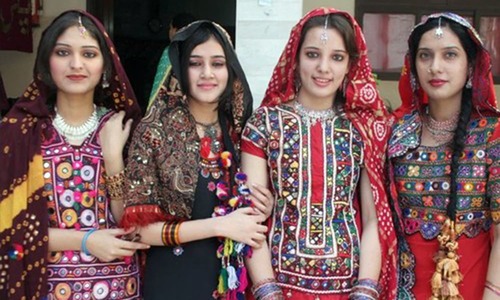 The first of Pakistani culture facts that I can think of is that Pakistan is a diverse country. Being a country that has so many different people and cultures living together, makes our culture as a whole even more diverse.

We have a cauldron of full of Indian, Persian, Afghani, Arabic, British, South Asian, and Central Asian cultures. When you mix all of them thoroughly you get the Pakistani culture. There are over 15 ethnic groups living in Pakistan. To name a few, Pukhtoons, Punjabis, Sindhi, Balochi, Seraiki, Afghani, Hazaras, Kashmiris, Baltis and many more. With all of these ethnic groups, each has its own food, songs, dance, traditions, and clothes. This is what gives Pakistan that diverse feeling. Changing a city in Pakistan is like changing a country, everything is so similar yet so different.

Although one thing is similar throughout Pakistan, Islam has played a strong towards Pakistani culture. But, a little known fact is that the culture has molded Islam into what I like to call Pakistani Islam. The Islam practiced in Pakistan is actual Islam but a lot of the things and traditions that are passed on by saying they are Islamic, are just cultural.

Sticking with multiple cultures that are present in Pakistan, there is also diversity with languages. There are over 75 languages spoken in Pakistan. Few of them are Urdu, English, Pashto, Punjabi, Sindhi, Balochi, Memoni, Gujrati, Seraiki, Arabic and a little bit Persian. There are a lot more languages than the ones I have listed but this has probably given you an idea.

Therefore, when you travel just hours within the country you can see a complete change in language. With the only universal languages in Pakistan being Urdu and English. Most people don’t speak any other language than their own and Urdu and English.

Hospitality is a part of the culture

It doesn’t matter where ever you go to in Pakistan, hospitality is something you will see common. Whether you visit Karachi, Islamabad, Lahore, Quetta or Peshawar you will see people trying to welcome you into their lives like their own.

One of the best things about Pakistani Culture is that it is influenced by Islam. This has resulted in not only Hospitality to become a large part but helpfulness as well. When you drive down the street a lot of times you can see total strangers helping each other. This gives a very positive vibe to the entire city that you are in.

Music is a big part of the culture

No culture is complete without music and the same goes for the Pakistani culture as well. Pakistanis love creating and listening to music. Whether it is Sufi Kalam, Qawalis or rock songs Pakistanis have done it all. Sufi Kalam and Qawalis are known as the cultural music of Pakistan. From the time Pakistan was made and up until now, there have been many artists which have given the world beautiful Sufi Kalams and Qawalis. To name a few are the Sabri Brothers, Nusrat Fateh Ali Khan, and Abida Parween.

Qawalis, Ghazals and classic songs have been around for generations in Pakistan. But, to give them a 21st-century touch there are Pakistani TV shows like Coke Studio which takes the classics and fuses them into the new era of music. This creates a wonderful sounding song that is old and new both at the same time. Coke studio has garnered interest from audiences worldwide and is regarded as one of the best music shows in the world.

Music is an integral part of the culture and that is why there are Pakistani shows like Pepsi’s battle of the band and Nescafe Basement. The aim of these shows is to promote the up and coming talent of Pakistan. So, if you thought Pakistani culture lagged behind in terms of music, you were wrong. 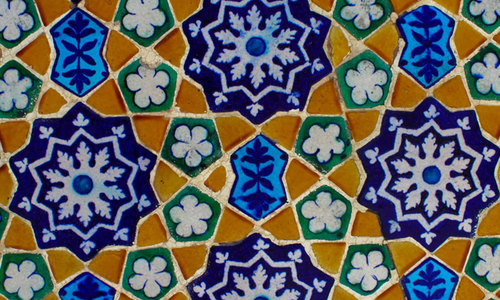 Another great thing about Pakistani Culture facts is that we have beautiful craftsmanship. You are probably aware of Pakistani truck art because of its obscure designs and pop culture references. But, for the outside world, this is the only Pakistani craftsmanship they are aware of. In reality, there is a lot more than just truck art. Pakistani Craftsmanship includes a plethora of designs, calligraphy, styles, and materials. Arabic calligraphy can be found on buses, walls, buildings, houses, cars and on posters. There are beautiful Sindhi, Pashtun and Balochi jewelry sold in shops that are handmade by the women of the respective houses.

Besides this Pakistani title designs are also world famous. Although a lot of the old age Mughal era tile designs have been forgotten, you can still buy them for expensive prices. Art was always given a sideline when talking about Pakistani culture but that is not the case at all.

We stay united in tough times

Another one of Pakistani culture facts that is misrepresented in the media is that we Pakistanis fight with each other. This is not the case at all. Whenever we are stuck with difficult times we join together in a brotherhood and fight every force together. Whether it is an attack by another country or terrorist trying to harm our children. We put any political, religious or racial differences aside and band together underneath a single flag for our country. Pakistanis are patriotic but not nationalists. Pakistanis are people with passion, zest, and zeal. We love our country very dearly and cannot stand it when anyone says bad things about it.

We love a good celebration 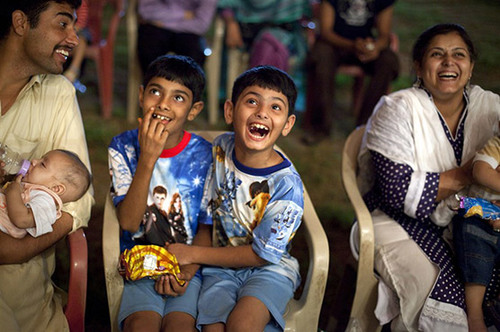 Celebrating is sort of a part of our culture. We find excuses to dance, sing and just get together with loved ones and have a good time. Furthermore, we refuse to go small in celebrations. If our weddings are not a testament to this then I don’t know what is. We would celebrate a child’s first words as he has graduated from college. Pakistanis are fun loving and happy individuals. After all, Pakistan ranked number 75 in the list of the happiest countries in the world, beating out all of its neighbors.

There is so much more to Pakistani Culture but these are the Pakistani culture facts that the world didn’t know about. I will list down all of the facts in a later article but for now, this will suffice.

Here Are The Reasons Why The World Loves Pakistani Food Culture!
Pakistani Showbiz Affairs: Who Dated Who In The Past?
To Top