Misbah's Term Ended With A Victory 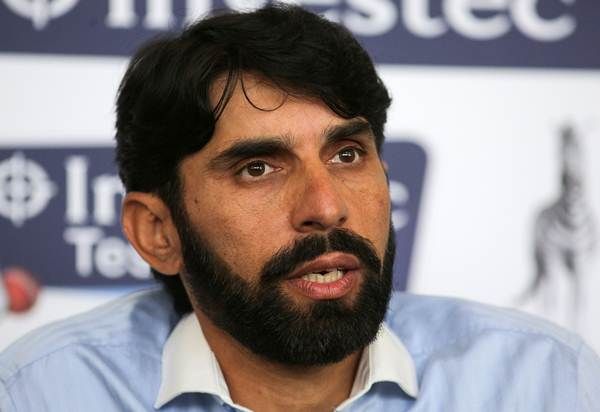 “It is an unforgettable feeling and it will always remind me of calling it a day in a memorable way and I will always cherish these memories”, he told the media on his arrival from West Indies here on Wednesday morning.

As soon as Misbah stepped out of the airport lounge along with his wife and children, he was given a heroes’ welcome by the officials of Pakistan Cricket Board including Director Cricket Operations, Haroon Rasheed, and a number of fans and friends. Flowers’ petals were showered on him, and he was garlanded by several persons.

His fans chanted slogans –“Misbah Zindabad, Pakistan Zindabad”. Under Misbah’s captaincy, Pakistan beat the West Indies 2-1 to get the unique honor of beating the opposition on their own soil for the first time in the history of Pakistan cricket. Before Misbah, former Pakistan captains, Abdul Hafeez Kardar in 1958, Imran Khan in 1992 and Rashid Latif in 2003 ended their respective cricket careers by winning the last cricket test.

The outgoing test captain said he was leaving the game on a high note after leading the team to historic victory on the West Indies soil. “When we won the third and the last test, it was like a dream coming true as the team gained a historic accomplishment of first time beating the West Indies in their own backyard”, said Misbah.

“If someone ever asks me, I will say winning the series against West Indies is an everlasting feeling of my career”, he added. He said the team played good cricket, barring the second test, which helped it to learn from the mistakes and to make a come back with a renewed zeal.

To a question, he said,”Indeed, it is an outstanding performance on part of the team to first time beat the West Indies in their own country. The team deserves praise for this historic victory”. Misbah attributed his success in his cricket playing career to his family members, PCB, team members, coaches and the selectors.

“They all played an important role in my overall grooming as a successful batsman and most importantly as a captain”. To a question about his future endeavors, Misbah said he had not decided yet what to do as life goes on. “I will be choosing from the available options to move forward”.

He said Pakistan team’s victory against West Indies was possible due to the collective team efforts and the support extended by PSB.”I would say it is such an important and historic success which the cricket playing nations around the world always dream for”, he said, adding, “Entire Pakistani nation prayed for our success for which I am thankful to them”.

When asked about his feelings as one of the most successful Asian test captains, he said he felt delighted and thanked Allah Almighty for giving him the honor which elevated the name of Pakistan cricket around the world.