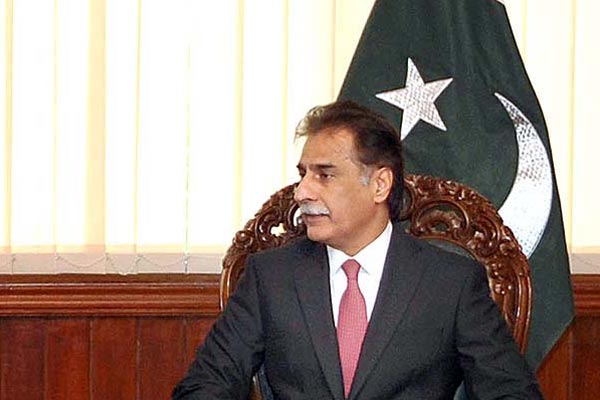 Speaker National Assembly Sardar Ayaz Sadiq on Wednesday issued a strict warning to officials of Ministry of Planning and Development for their absence and non-serious attitude towards the parliamentary proceedings.

The Speaker asked a low-grade official present in the galleries to convey the Secretary to cancel all engagements, to be in the assembly within 15 minutes and show up his presence in the galleries. The situation emerged when the reply for a question of MNA Naseema Hafeez Panezai about Ministry of Planning and Development was not found to be satisfactory, despite that the question was pending since the last two sessions.

“Why the reply has not been given properly,” the Speaker asked the Parliamentary Secretary Planning Dr. Ibad who stated that it was all what he received from the department. On this, the Speaker asked is there any official of the Planning Ministry present in the House and he was informed by Parliamentary Secretary about the presence of an official of Assistant Director Level and it was enough to invite his wrath.

“Get out of the House. Why the Secretary or other senior officials were not here,” the Speaker asked the Planning Ministry official. “This attitude of the officials is unacceptable. They should take Parliament seriously.”

“Tell the Secretary Planning to be here within 15 minutes wherever he is and whatever meeting he is attending,” the Speaker remarked. “I had facilitated these officials exempting presence of Secretary and Additional Secretary in case they are busy in other government business. But, they should ensure the presence of at least an official of Joint Secretary level,” he said.

He also asked the Parliamentary Secretary to bring this matter to the knowledge of the Minister or the Prime Minister if required so, to ensure that replies to the questions of the members are given promptly.

Finding the reply of another question unsatisfactory, the Speaker said, I shall sort it out today. The Secretary would come here, witness proceedings for three to four hours and also meet me in the chamber.

WannaCry, RansomWare: A Cyber Attack That Hits Million PCs Around The World
Misbah’s Term Ended With A Victory
To Top