Funeral of the Richest Poor Man in the World: Abdul Sattar Edhi 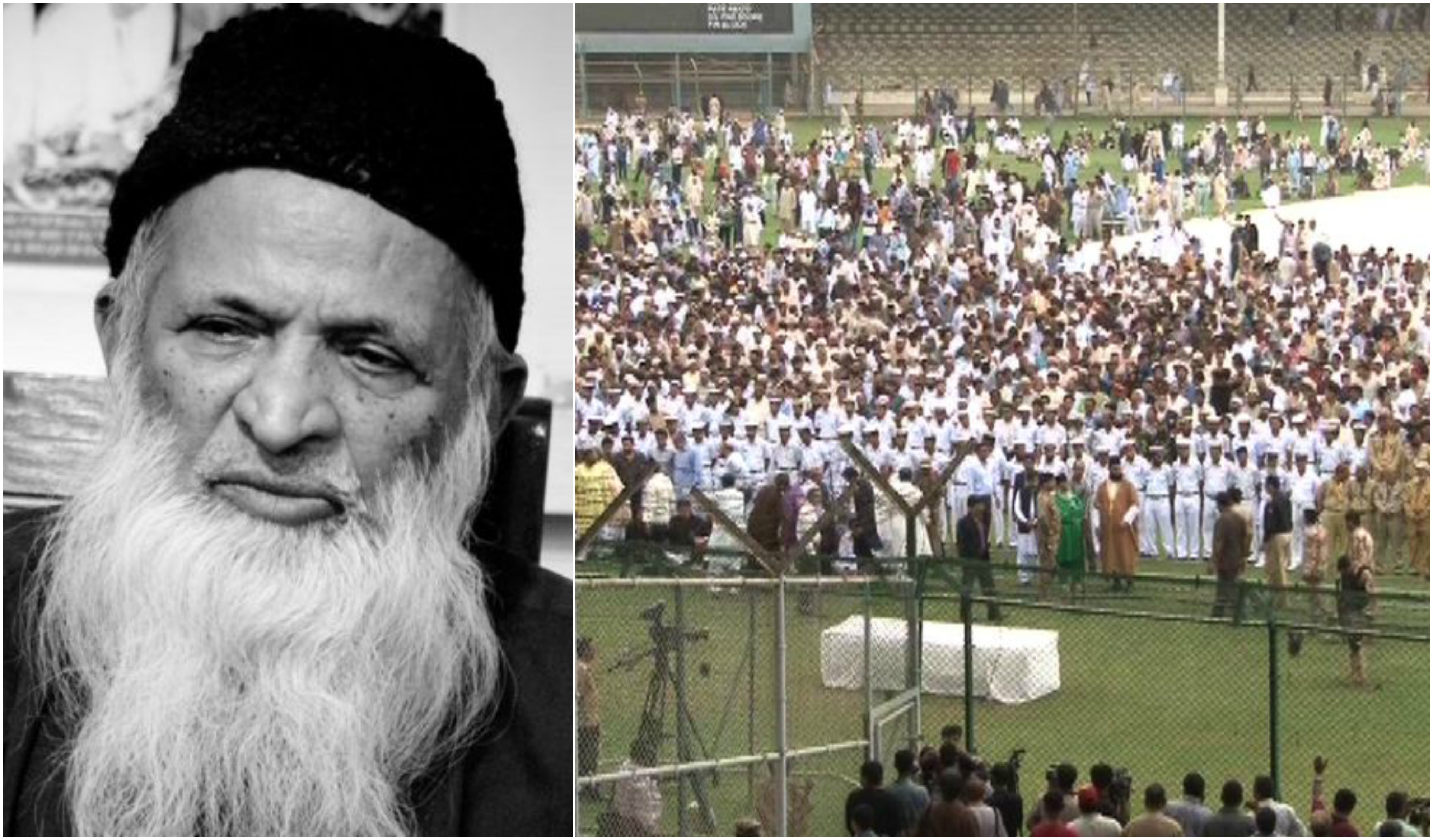 As you all have heard by now, the Pakistani philanthropist, social activist, ascetic, and humanitarian, Abdul Sattar Edhi, is no longer with us. 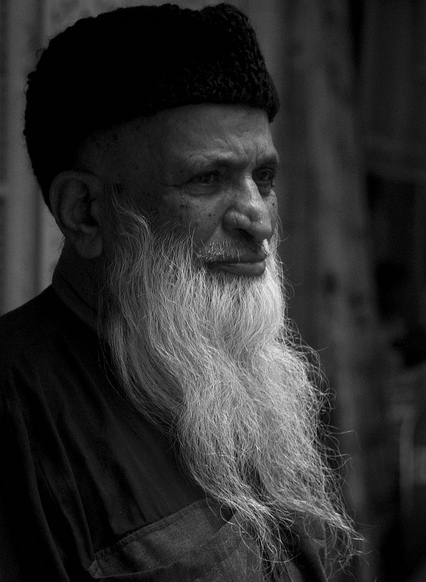 This afternoon, people prayed Abdul Sattar Edhi Sahab’s namaz-e-janaaza at National Stadium in Karachi. Several political figures were there, including the Chief of Army Staff, Raheel Sharif and Chief  Minister of Punjab, Shahbaz Sharif. However, this article is not going to talk about the many politicians and important personalities there. It’s about the regular citizens of Pakistan and how I was lucky enough to be one of them today.

I set out for National Stadium at 12:15 pm. There was a light drizzle going on and there was no more traffic than usual. When I reached the road that led to the stadium, most of it was barred by the traffic police. However, one lane was open so that they could observe each and every car headed in that direction. The measures which were undertaken by them and their thoroughness need to be appreciated. 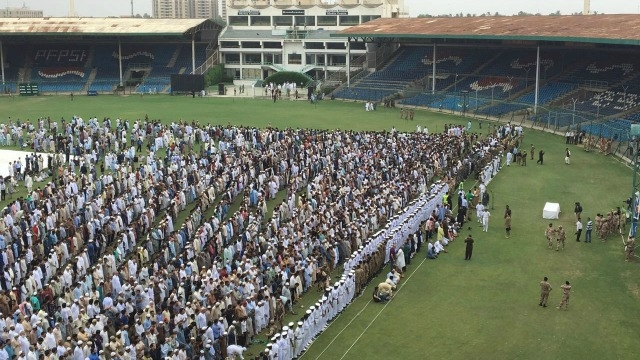 I reached the stadium at around 12:30. There were several guards at the gate, searching everyone that went inside for any sort of concealed arms and ammunition. There were a lot of people and the stadium was filling up rapidly. People were slowly walking towards the centre where Edhi’s namaz e janaaza was to be offered. After around half an hour, the place was jam packed. There was only one clear path and that was for people from the army and dignitaries to enter from. At around 1:30, a huge army convoy appeared which was carrying Edhi’s body and along with that were notable people of the army including Raheel Sharif. It is the first time in the history of Pakistan that a civilian has been given the same sort of funeral arrangements as a soldier.

When everyone was in place, Edhi was given a gun salute by the soldiers of the Pakistan army. Then the namaz-e-janaaza was conducted. Thousands of people, hailing from multiple backgrounds, races, classes, creeds and places stood together in unity, honoring the memory of the man who has done more for our country than anyone else has ever. After the prayer was over, Edhi’s body was taken from the stadium and is on the way to his village, where he will be buried inside a grave that he’d dug for himself 25 years ago. The same grave that the media has desecrated like this:

However, despite the atrocity committed by this news reporter, the people of Pakistan showed their unity by attending Abdul Sattar Edhi’s funeral. 2000 policemen were guarding the venue. Everything went smoothly and we were able to give this man the kind of farewell he deserved.

Goodbye, Edhi. The world is a darker place without you in our lives.

How To Keep Edhi’s Legacy Alive
2016: The Year Pakistan Lost Its Heart, Soul And Everything Good About It
To Top