Seems like we Pakistanis can’t seem to have enough cricket now, right? As the PSL 2018 just concluded with a bang last week over a month of exciting cricket, almost every Pakistani went into a state of depression as to why has it ended (although there were quite a few many who weren’t following the series). But now, the 3-day T20 Pakistan vs West Indies series is about to bring back the spirits and charge every Pakistani out there!

But, wait. That is not all. In Pakistan, Cricket never comes to an end. Never!

Why? Is that even a question? T20 is coming to Pakistan!! Many of you might probably be aware of the fact that T20 had previously delayed by the rival team due to security reasons. However, the board then finally agreed to it and now, here they are! 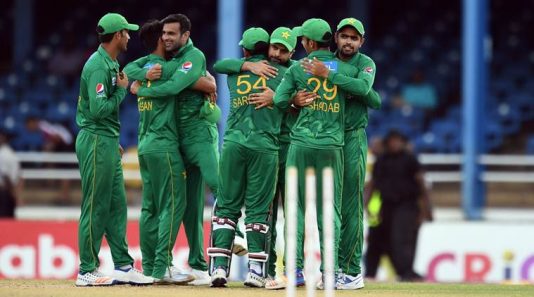 What’s exciting is that the West Indies matches are taking place in Karachi National Stadium on April 1st, 2nd, and 3rd. Yes, the series is just a day away, so we really can’t contain our excitement and even more when we found that Uber is their official transportation partner. Dayum, son, talk about ease!

What’s in it for you, you ask?

Aren’t we all always on the lookout for crazy promo codes whenever we want to travel in Uber? Well, don’t deny it now. We ALL do. So, if you’re planning to hit the stadium to watch the matches and have some fun, then Uber has a little surprise for you so that you can save up some CASH! Oh, yeah! *screams internally*

Ready to find out the promo code?

Uber has announced a promo for its users to ride to the National Stadium for FREE for up to Rs. 200—UBER2PAKWI. OMG!!! We bet there are going to be many who will be riding for free!  Make the most of it, guys!

Uber is also running a competition on all its social media platforms where not only will the winners be taken to go see the matches live but also be the “Fan of the Matches”.

Are you guys excited already? Let me tell you that we’re still not done here! It just keeps getting better!

Last but not least, at the end of the match, take a picture of yourself in the stadium with all the Uber goodies and post them on social media with #HoJaoUnstoppable and you’ll get a chance to win Rs. 5000 in credits!!

So, what is experience going to look like? Well, watch the video below:

Is this crazy enough for you? What more would you want?! So, how many of you are going to the watch the matches? Let us know in the comments!

Here’s why Having a Date Night Every Week with your Spouse is Important in the Light of Islam
After Diplo, Eminem To Perform In Pakistan !
To Top