Emraan Hashmi Responds To The Tweet Of DG ISPR|Parhlo.com 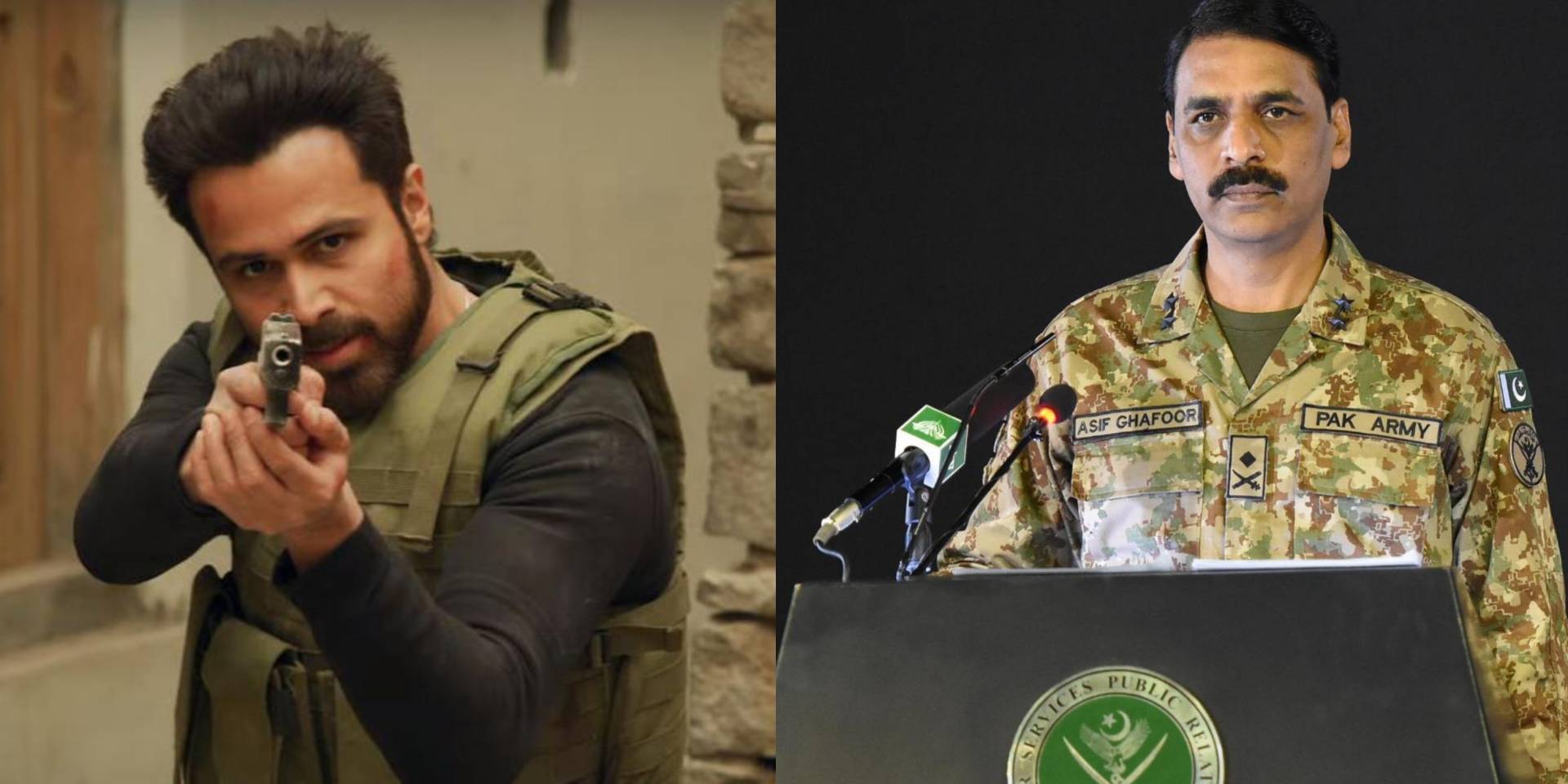 The bitterness between India and Pakistan because of the recent events is growing with every day that Kashmir is living in a blackout. Pakistan is fighting to get the Kashmiris of IOK their rights on international levels. On the other hand, India remains unbothered and keeps spreading hatred among its public for Pakistan and Pakistanis.

The current government in India had based its election campaign on this hatred. So, there’s no way they can back off now. As hypocritic as this government is it won’t shoot at its own foot.

Anyways, so moving forward to exploit the image of Pakistan in the world, India released the trailer of the upcoming Netflix show ‘Bard of Blood’.

This show is set in the Pakistani province Balochistan. The story is based on three RAW agents who work undercover to take down the militants in the region. It didn’t get all positive or all negative reactions. But for Pakistanis, it sure was triggering.

Since both the countries are in a state of war and in the middle of all this, putting up a heroic image of a RAW agent trying to evoke positive emotions for the one’s Pakistan recently caught seems deliberate. People would end up believing that the RAW agents are actually heroes and not criminals.

So, DG ISPR Asif Ghafoor couldn’t let them away with it. Hence he replied to the tweet of the producer of the show Shahrukh Khan who had posted the trailer in his tweet. And the reply went something like this:

Stay in bollywood syndrome @iamsrk . For reality see RAW Spy Kulbhushan Jadev, Wing Comd Abhinandan & state of 27 Feb 2019.
You could rather promote peace & humanity by speaking against atrocities in IOJ&K and against Hindituva of Nazism obsessed RSS. https://t.co/0FWqoRQsO6

He gave him a little reality check asking the producer to see how Pakistan actually treated their agents. And that they should focus more on promoting peace and raise their voice for humanity.

Well, it wasn’t long that the lead actor of this show, Emraan Hashmi stepped up to save his country’s face.

He said that the tweet of General Asif Ghafoor is leading other people towards hatred. Also further explaining that India isn’t trying to spread any propaganda using this show. It is a tale that a [then-] 20-year-old kid has narrated in his book back in 2014. And people are assuming that it has to do something with the heated political climate because it is different now. They have no agenda associated with it.

“Our show is based on that book and that’s that,” said Emraan Hashmi

Moreover, he mentioned that you can’t please everyone. A show with this kind of political relevance, it is sure that its release will have people talking. Making opinions is so common these days.

Ok. There might be a book. It might not be the aim of the producers. But the timings are entirely wrong and there’s no denying.

Only God can help bring Indians back to their senses!

Earn Money From PUBG: Here Are The 7 Influential Ways To Make Some Extra Cash!
This Rider Went A Little Too Far To Help A Bunch Of Friends At Hyderabad Train Station!
To Top