How Donald Trump Went From Banning Muslims To Following A Sunnah 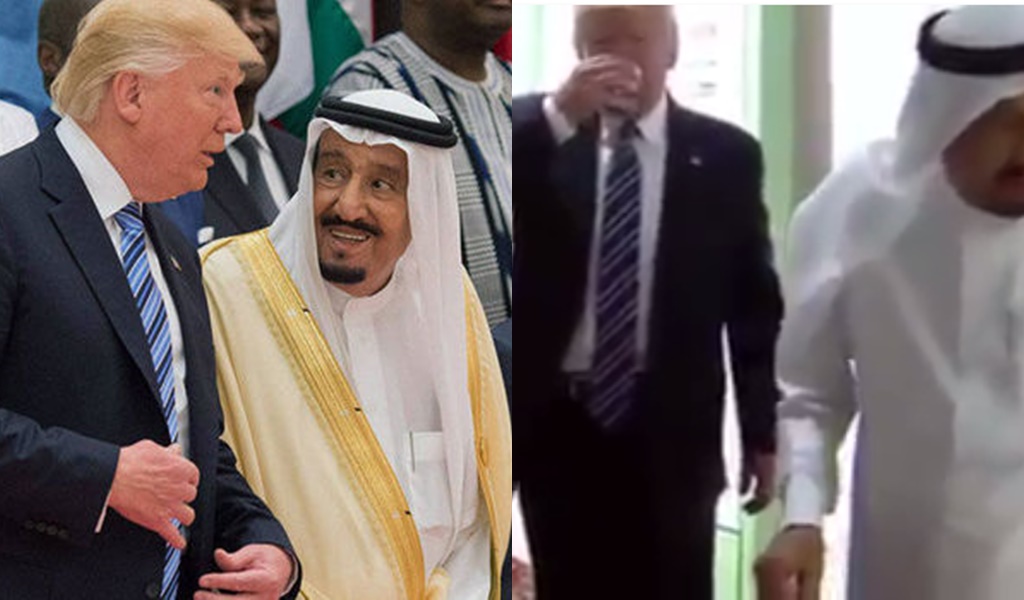 Donald Trump’s #POTUSAbroad trip started on an extremely high note. Choosing Saudi Arabia as the first country to visit on his foreign trip was something no other president of the United States had done before. But what has Donald Trump done so far that matches the sane moves made by former presidents of US?

Anyway, the trip to Saudi Arabia was an action-packed entertainment thriller.

From How He Danced With The Saudis

Donald Trump joins in on traditional sword dance in Saudi Arabia as part of his first foreign trip as US president https://t.co/NBIvrIWEeM pic.twitter.com/sCUVfmZF7y

And Not To Forget How The Saudi King Looked At Ivanka

Marry someone Who looks at you the way kinh is looking at @IvankaTrump pic.twitter.com/eEYCW3dBMo

The Trump clan, in all honesty, gives us all a lot of laughs and we are enjoying it nonetheless.

However, what Trump doesn’t realize is that he’s doing the exact things he once mocked other presidents for doing. For example, in 2012 Trump criticized Obama for bowing to the Saudi kings. Two days ago, Trump did the exact same thing!

‘Do we still want a President who bows to the Saudis’ – Donald Trump, who bowed to the King of Saudi Arabia pic.twitter.com/DHnyCgHWRB

Additionally, we have seen how Trump wants to ban Muslims from the USA. He always mentions how radical Islam is a constant threat to the country and that there are various other parts of the world, such as India, which are suffering a lot due to terrorism, which, in his opinion, is rooted in Muslim countries. His first action as the president was to impose a ban on Muslims which created an uproar in the USA. But when they say that money (read oil) makes you a hypocrite, they say it right.

Watch This Video Of Saudi King Salman Telling Trump To Drink Water From His Right Hand As Per The Sunnah And Trump Follows It!

Many would say how this reflects manners or similar ‘ethical’ terms would be used. However, what we don’t see is how politics reflect the most grounded hypocrisy in the world. How Trump went from hating the Saudis (and Muslims) to acknowledging their system because of their armed deals and oil treaty, is the perfect summary.

So kids, what did you learn today? Use always the right hand to drink water just as Donald Trump, who is a good man following the sunnah.