Today Marks the 62nd Birthday of Asif Ali Zardari and the Way Pakistanis Wished him is Amazing! 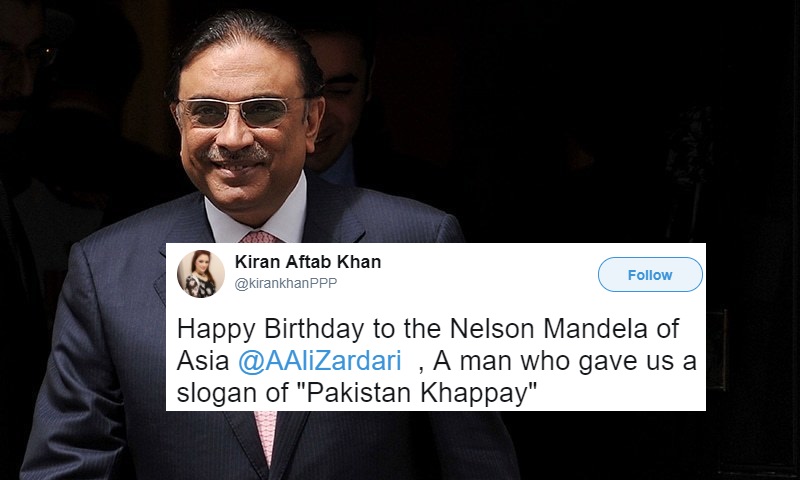 After winning the elections by taking over his deceased wife, Benazir Bhutto’s place, Zardari entered politics without having any background or previous interests whatsoever. Given his previous record, Mr. 10 Per Cent spent time in jail due to the allegation of corruption in property deals. As the president, he was accused and went on trial regarding various matters, such as property worth billion pounds in Britain, France, Spain, money laundering and Swiss accounts. He has also bee accused of killing his wife’s brother Mir Murtaza Bhutto. To all these accusations, however, he left as innocent.

In the eyes of many Pakistan People’s Party supporters, Zardari managed to keep the legacy of Zulfiqar Ali Bhutto and his daughter Benazir Bhutto. All of this is what makes Zardari still a followed man in Pakistan. 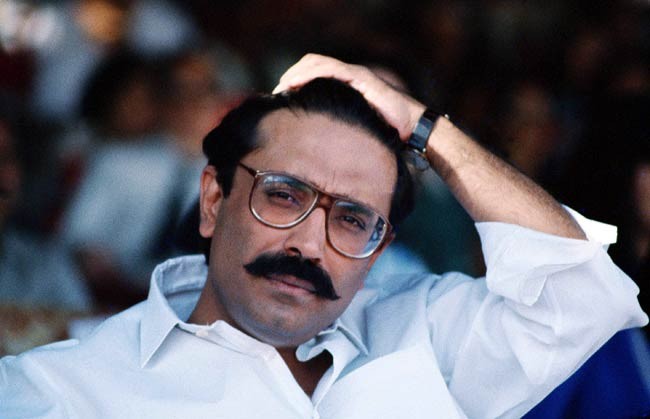 The former president celebrates his 62nd birthday today and Pakistanis remembered to wish him…well. Aside from his party members, others wished Zardari in their own way.

Someone Called him ‘Nelson Mandella’ and Oh Dear God!

Happy Birthday to the Nelson Mandela of Asia @AAliZardari , A man who gave us a slogan of "Pakistan Khappay" #HappyBirthdayAAZ pic.twitter.com/kuiSHKyxmt

My foot Nelson Mandela.He is one of the most corrupt men in Pak.In his regime load shedding was at peak and the country was at stand still.

Both PMLN & PTI supporters on social media are abusive & vile but they can never be as bad as Jiyalas comparing Zardari to Nelson Mandela.

The man of courage & tolerance Asif Ali zardari who gave the sacrifices in difficult times v proud of U #HappyBirthdayAAZ pic.twitter.com/ZerSdCNqfw

After being First President who completed his tenure ,he faced the courts with dare & smile ,history proved him innocent #HappyBirthdayAAZ pic.twitter.com/ustrKRRBzf

A lot of great people were born on 26 July. Happy Birthday to all of them. ? pic.twitter.com/qYc4Pa5Ult

Well at the end of the day, there’s one thing I would say: God Bless Pakistan and its people!