This Woman's Badass Comeback To Sexist Remarks Of Her Co-worker

It’s 2017 and we are still dealing with sexism on a professional level. It is unbelievable because it does not relate to competition among people rather discrimination on such ridiculous terms that boggles the mind. A working environment that breeds competition among staff is healthy for any organization. However, there are certain loopholes of our society that tend to surface every now and then when people are competing for objectives. One of the major problems is the brooding sexism in corporate culture. If you are a woman who is eager to climb the corporate ladder, you will face a heap of censures revolving around nothing but your sex.

Here’s the conversation between Azita and her co-worker unfolded:

These messages were sent by her co-worker: 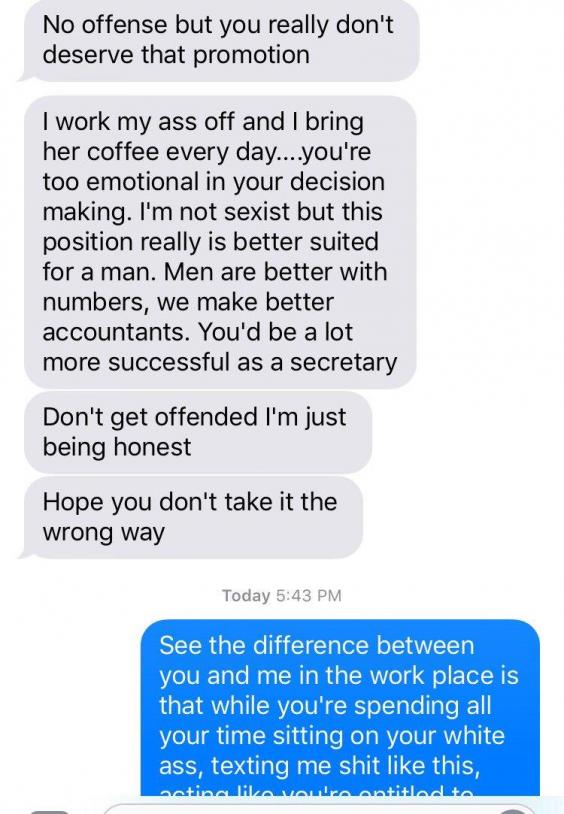 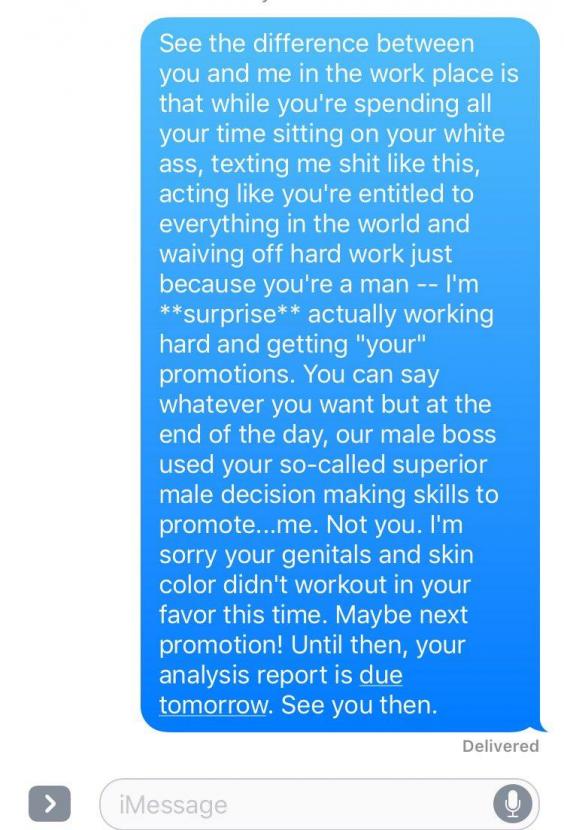 Well, just as you would boil up with the apprehension about what that guy had to say, Azita’s reply puts a smile on your face. He does not even make sense to a single bit. It’s so ridiculous that every man would end up with a facepalm. She did not yield to his stupid reasons and simply taught him a great, great lesson. In a tweet, Azita mentioned more about how this man bothers her in other ways. Here’s what the tweet reads:

He used to make islamophobic comments about me/my family on a daily basis, that’s the only reason I even mentioned whiteness.

“Until then, your analysis report is due tomorrow. See you then” AWEEEESOMMMMNESSSSSSS

Be careful all the sexists out there; people like Azita have the best thing for you. Congratulations to her on getting promoted.

See How Donald Trump Went From Banning Muslims To Following A Sunnah In This Video!
Here’s Everything You Need To Know About Saara Hirji – The Upcoming Sensational Model Of Pakistan!
To Top