A Civil Hospital Doctor Shares A Captivating Story When She Saved

A 6-year-old was raped and left for dead in Karachi. She was recovered from the drain near the Korangi Crossing, several days ago.

The public reports that they found her in an extremely maimed and mutilated condition. It was reported that her throat was slit, while she survived miraculously and was rushed to the Civil Hospital without delay. 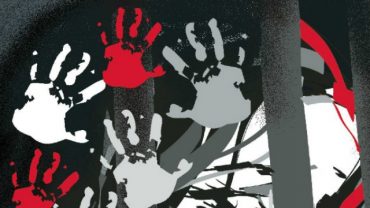 The doctor who took care of her shares an account about how she received her and the process of her treatment.

The following story is tragic and distressing. Viewer discretion is advised.

“She lay inside the ambulance, covered in a thin white sheet and her eyes were still. As she was lying there on the gurney, I started thinking how cold she must be right now.

I leaned forward and inspected her arm. It brought a shiver to my spine at how astonishingly cold it was and I began to wonder if she was even alive.

Suddenly, the ambulance driver said, ‘No, no doctor Sahab, she is breathing, see…’ Panic rushed in.

‘She is alive’, echoed outside the hospital and everyone’s attention was centered towards us now. Doctors and paramedics quickly found us.

Her throat was slit from ear-to-ear, it formed a Glasgow smile and was painful to look at.

My clouded mind could not begin to comprehend how she had survived considering her wounds were terrible. Blood clotted in the open wound of her throat and it seemed like it was left unattended for hours.

‘She was lying in the kachra kundi for the past 2 hours, you mean?’ The paramedics questioned in disbelief.

Suddenly, she responded with a slight movement as I stood there holding her hand. I opted to comfort her and calm her down, and there I felt a patch on her skin. There was another shocking wound on her wrist.

I realized she was not wearing any trousers. She was not more than 6 years of age. Although, I came across rape victims younger than that in my career.

Afterward, the surgeons arrived to inspect her wounds. They examined her wounds closely, especially her neck and said, ‘it’s a miracle she survived.’

I did not let go of her hand as she was rushed into the operation theater.

I tried to smell her wounds. The smell of blood hit my nostrils and it was appalling. I remained stood and took a deep breath. Thoughts were surging in my imagination of what she must have gone through. I inquired her name and she only made a slight sound.

It was unintelligible what she spoke. So, I asked again and this time she closed her eyes.

I asked, ‘does it hurt?’ and she looked towards me in such vexation that it occurred to me that I just asked a silly and obvious question. Then, she pointed at her groin with the same exasperated face.

I have had a career of more than fifteen years in forensics, and not once I gave away an emotion. I remain dispassionate and took pride in it. It does not matter how astonishingly distressing the case is, I always resort to detach and continue my job.

I have seen the atrocities people do to others and how the victims survive the pain. But what this one just went through, it was unbelievable.

She was given a general anesthesia in the operation theater. The surgeons attended her wound on the neck.

2 hours spanned in the process and the surgeons were finally finished. She was transferred to the ICU, while the process of her wrist was to be attended later.

That night, all I felt like doing was return home, hug my children and just let them know how much I adored them.

I saw her in the ICU next time. She looked better. She opened her eyes and passed a short smile to me. I was blown by her courage.

Psychiatrists visited her afterward. It was reported that she was found under alarming levels of stress and requires a thorough and continuous rehabilitation therapy. She would go under evaluation by psychologists and psychiatrists on almost a daily basis. The trauma that she went through was beyond comprehension, indeed.

Her physical wounds would heal, but her emotional wounds will definitely require some time.”

It’s not easy to put into words what was done to her. The perpetrators – must not be called humans – run free without a charge and run a high possibility of target someone again.

People Are Freaking Out Over Nida Yasir’s Hunt For A Perfect Bahu But They Didn’t Know What Really Happened!
پاگل سی دیوانی سی ایک لڑکی کی داستان
To Top