For years, Pakistanis on social media have been protesting on how absurd the morning show this entertainment industry has been producing. However, there are many Pakistanis who also enjoy these shows as some of them are not as bad as what other shows produce.

From catching ‘dating couples’ in parks to the usual flaunting of expensive, designer clothes on air, morning shows in Pakistan happens to be the biggest slap in the entertainment industry of our country. However, moving past some generalization, there are some shows or maybe some episodes in a show where morning shows are actually trying to do us all a favor by highlighting social aspects in a lighter tone.

Nida Yasir’s Good Morning Pakistan on the 24th of January, 2017 aired an episode in which a woman was hunting for the ‘perfect’ bahu. In order to help the woman find a bahu, Nida Yasir held a contest which had 4 candidates the mother had to choose from.

Nida Yasir started off the show by discussing how marriages in our society are conducted. She highlighted the entire process of marriage by displaying messages on boards, with the first step being Rishtay Ki Talash. 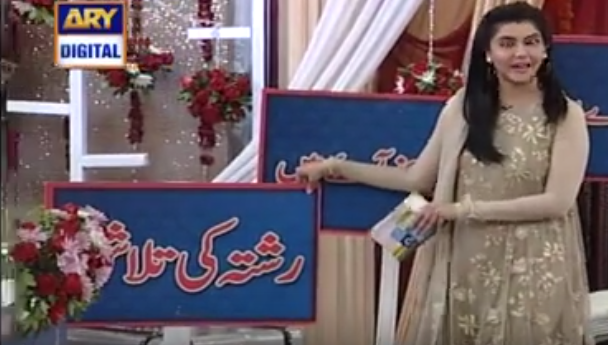 Overall, there were 6 steps highlighted in the process of choosing the ‘perfect wife’ according to this society. While she was explaining the process, the materialistic was talked about by Nida in a very sarcastic, yet polite tone.

While explaining the 6 steps, the host kept highlighting the ‘demands’ our society makes and how they seem ‘appropriate’. “Gora rang, lambi height, achy gardan” and what not.

Moving on, Nida introduces that today’s show will have a mother, her son and 4 ‘contestants’ girls “khoobsurat, pyari si” who will be chosen by the mother for her ‘perfect son’ as his wife. 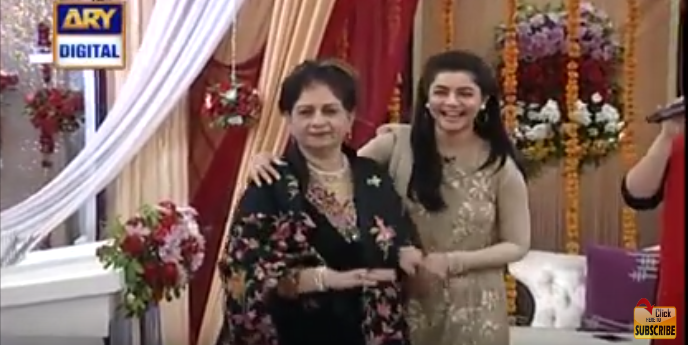 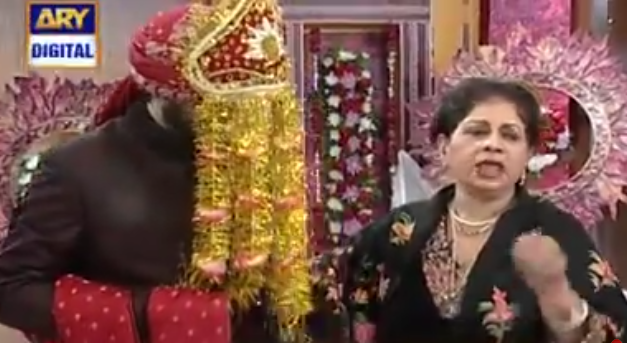 With the mother explaining all her worldly demands, on how the girls need to be soft spoken, needs to fit the “needs” of my husband, needs to match the level of my son and what not, Nida starts presenting 4 contestant brides which turned out to be known Pakistani actresses.

Eventually, as the show moves on, there is a lot of arguing on what the demands of a saas are, what are the requirements of a bahu and the expectations she has to meet. Watching all the statements made by the people on set during the show, it disgusts a sane viewer to an extent he or she would want to break the TV screens. However, the morning show was just playing their role in showing how materialistic our society is. 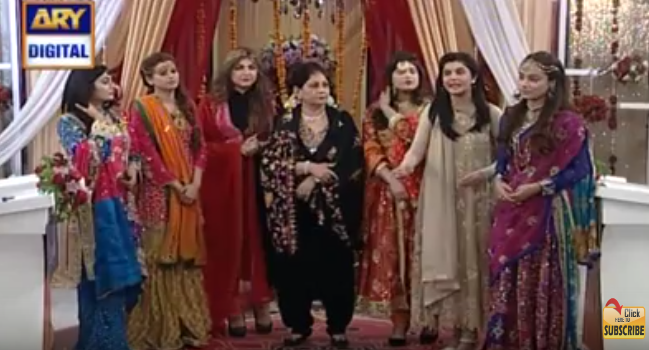 At the end of the show, the mother, the four contestants and Nida herself demanded the society to look into the aspects she highlighted and do not treat daughters like ‘bail bakriya‘. Watching the entire episode will make you realize how materialistic our society is.

Here’s the link to the episode: