‘Turgut Alp’ Says He Is Getting Several Marriage Proposals From Pakistan

Cengiz Coskun aka Turgut Alp is one of the most loved characters in the Turkish series Diriliş: Ertuğrul (Ertugrul Ghazi). The state-run TV is airing the show in Pakistan which is currently breaking all the popularity records. Also, Cengiz Cozkun well known as Turgut Alp says that he is getting many marriage proposals from Pakistan.

Pakistanis have associated themselves with almost every character of the series. Esra Bilgic aka Helime Sultan and Engin Altan Duzyatan aka Ertugrul Ghazi both have a huge fan base in Pakistan.

But recently, Pakistanis particularly girls were over the moon when it was revealed that Coskun would come on an Eid show as a special guest. Their wait was over finally last night when the Turkish heartthrob joined cricketer Shahid Afridi on ARY news from Turkey. 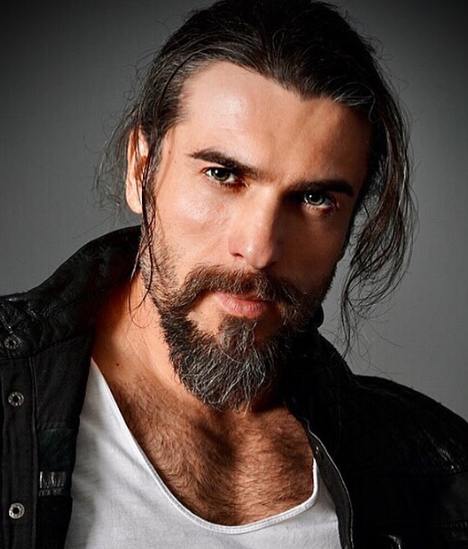 The interview started in a very fun-fill environment. It was in the show when Coskun talked about his personal life and revealed that he was committed but nor married yet. Yes, we can hear some heartbreaks now!

The actor, Turgut Alp revealed that he learnt about his popularity in Pakistan through Instagram where he received several “marriage proposals”.

“I cannot marry everyone,” said Coskun and they all laughed. 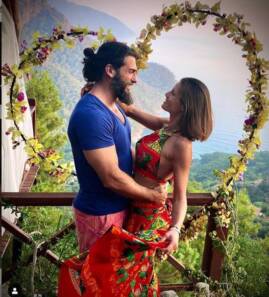 Turkish drama series Diriliş: Ertuğrul has taken Pakistan by storm due to its representation of the medieval period and the account of the life and times of Ertugrul Ghazi. It is a household name in Pakistan now and we must say, what a show it has been!

Coskun’s character in the Turkish series is about one of the early warriors of the Ottoman Empire and a close friend of Ertugrul Ghazi. He later also becomes a good friend of Ertuğrul’s son Osman Ghazi.

During the video interview, the host of the show also told the Turkish actor that Prime Minister Imran Khan recommended the show for the Pakistani audience in Urdu. Coskun thanked PM Imran Khan for bringing the show on the screens in Pakistan. But the sad news of Turgut Alp saying no to the marriage proposals he got from Pakistan would surely make the girls heartbroken.

Coskun also shared that he never expected Ertugrul series would this successful in Pakistan. He never expected that.
Boom Boom tossed some questions at the actor. Coskun requested him to tell him how to play cricket when he will be in Pakistan soon.

Coskun also wants to try traditional Pakistani dish ‘Biryani’ if he gets a chance to visit the country. But he is not sure if he should try Karachi’s Biryani or Lahore’s Biryani! Well, we know (winks).

The Turkish actor also showed his willingness to work in a Pakistani project if his character is exciting.

Other stars of the show Engin Altan Duzyatan, Esra Bilgic, Celal Al, Guslim Ali Ilhan, Cengiz Coşkun, and Cavit Çetin Güner are some of the few who have been consistently showering their Pakistani fans with love and gratitude. Pakistanis are also in love with them all. Turgut Alp getting marriage proposals from Pakistan is one key to it. We also have Ertugrul Ghazi’s doppelganger in Pakistan.

Brace Yourselves Karachiites! A New Wave Of Heavy Rains Is Starting From Thursday
Shehzad Roy’s Old Friend ‘Wasu’ Cannot Afford Two Meals A Day And Needs His Help
To Top