Engin Altan Duzyatan aka Ertugrul did an outstanding performance in the Turkish drama series Diriliş: Ertuğrul. It became a household name in Pakistan since the show aired on the state-owned channel PTV.

As the show is based on the life and times of the 13th-century, it has taken the nation by storm. Moreover, in the show, Ertugrul plays the role of a Muslim Oghuz Turk leader. PTV  began airing a dubbed version in April. This historical TV drama has been all the rage in Pakistan ever since. 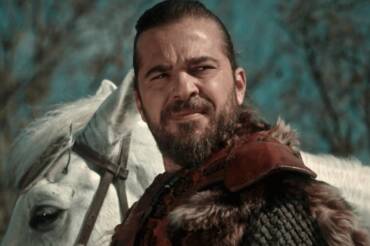 In addition, Pakistanis have not only loved the storyline but they are also obsessed with the cast. If there is any character who has been loved the most in the entire drama series, it is of Ertugrul Ghazi.

Ertugrul doppelganger spotted in the city of lights

Pakistan has found its own Ertugrul, named Mustafa Hanif, who amazingly resembles the latter. The craze of the show has now brought the spotlight on a doppelganger of the show’s leading role on social media. Hanif is a YouTuber and lives in Karachi. 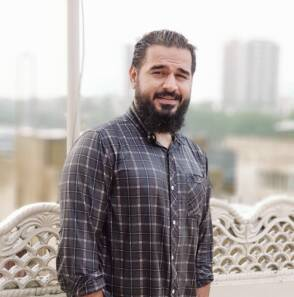 Moreover, the uncanny resemblance with Turkish actor Engin Altan has surprised Pakistanis. Hanif has been sharing videos on the video streaming platform even before being viewed as ‘Pakistani Ertugrul’. Additionally, the videos on his YouTube channel mostly promote tourism in Pakistan.

In an interview with Dialogue Pakistan, Hanif said, “My name is Mustafa and many people in my office had watched Diriliş: Ertuğrul before it even came into Pakistan or started airing on PTV. I was often told that I resemble the leading character of the serial but I never paid much heed to it. Then when my own family started watching the show and said the same, I watched it too and was perplexed.”

The sudden surge in popularity

“A few days back I went to the market without wearing a facemask, a few people recognized me and started talking to me”, Hanif narrated his experience post-discovery.

He also expressed his desire to visit Turkey to meet the cast of the show, including the leading role. 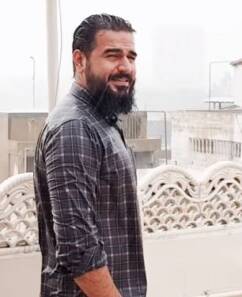 Besides being a YouTuber, Hanif holds a master’s degree in International Relations and is currently working for a private company. This recent discovery has resulted in getting him more attention. Subsequent to being deemed the ‘Pakistani Ertugrul’, the lad has begun to upload reviews of the serial on his platform.

Not only this but he also shared a video riding a horse and donning an Ertugrul outfit on his social media recently. It goes without saying that the video ended up garnering tremendous compliments from the viewers.

Turkish drama shot to massive fame in Pakistan. To the extent that a renowned Sindhi channel is coming up with its own Pakistani version of Diriliş: Ertuğrul. The upcoming new drama series is titled ‘Raj Rani’.