The recent Turkish drama famous in the entertainment sector these days is Ertugrul Ghazi, aired on PTV. This is the show that caught fame very recently for many reasons. And one can see how crazy everyone is for this show looking at the fact that it has been viewed by a wider public despite not being dubbed in Urdu yet. Only one of the series is dubbed so far. This is the same series that PM Imran Khan also recommended, ultimately giving the series more followers online.

So, what is this series about?

It beautifully shows the life and times of heroes who laid the foundations of the Ottoman Empire. It’s a Turkish historical fiction, created by Mehmet Bozdag, filmed in Riva—a village in Beyzok, released in 2014.

Remember how Game of Thrones got famous? I believe there’s something about wars and politics in its effect that catches a viewer’s eye. Similarly, Ertugrul is a unique genre altogether, compared to what the Pakistani audience usually sees. It’s definitely not just about the history it shows, the way it touches the human psyche and emotions, make the viewer swoon. And might I add, the series doesn’t only highlight the character of the protagonist but every other character participating in the series makes it worth watching. 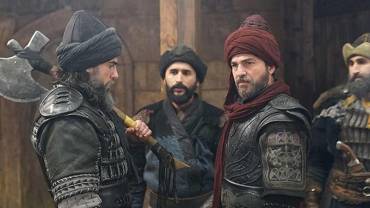 Then comes the turn of the stunning visuals that possess the ability to mesmerize the viewers with a single scene. The entire story floats around multiple stunning sights as if straight from heaven. The best part is, every scene or emotion running through a scene reflects well with the location and the lighting. The color-grader surely knew what he was doing. 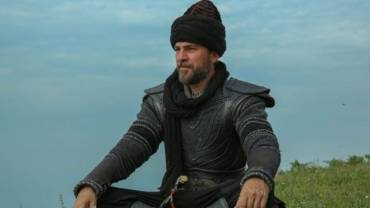 Now Pakistani audience that even loves Tamil movies merely for their action, is much bigger of a fan of a far better action series. Perhaps the comparison was unjustified. For this series trumps them all with its action scenes sometimes gory. Nonetheless, one cannot overlook the attention to detail for these marvelously curated scenes. Then after the action scenes, it comes to the turn of the well-thought-out characters that we witness going through multiple phases in their life. Ertugrul’s comradeship with his alps, of all the other relationships, is extremely heart-touching. Then there are characters like Ibn Arabi and Demir that keep the viewer curious.

There are also some inspiring female characters that become prominent for their valor and strength of character. One sees them no less vital in the entire social setup than any other male character. At the end of each episode, the viewer receives a beautiful cinematic experience through these rounds characters that go through highs and lows in every episode.

When one finishes a show, he can’t help but admire all the lessons and teachings from the show, depicted through the characters. The entire series is split between the power of good and evil. And the references from the Quran further adds to the emotional value for the Pakistani audience. Throughout the series, the battle between good and evil, and eventually the good’s triumph makes the entire show worthy to be watched by everyone. Thanks to PTV for airing it for those who don’t have Netflix yet.