People On The Internet Are Bashing Misbah-Ul-Haq's Wife

Often we see on the internet how our Muslim brothers and sisters on the social media enjoy commenting on the character of others, without even knowing them. These people love to target a particular person and eventually become the decider of their good deeds, their bad deeds and even talk about how someone fully deserves Jahanum.

On the internet, the masses first enjoy what they see and then they believe it is their duty to comment on how someone, based on how they dress, fully deserves the wrath of Almighty.

Recently, Two Of Pakistan’s Legendary Cricketers Retired From The Sport And Pakistanis Were Left In An Emotional Wreck

Families of both these players enjoyed watching the final game of the players! 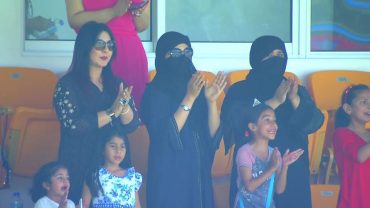 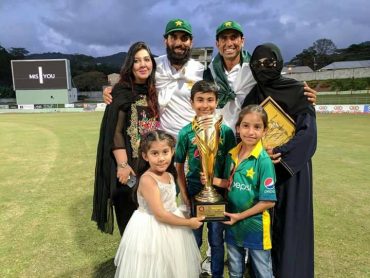 Indeed, It Shows A Great Message!

However, there were people who couldn’t stop themselves from commenting on the difference in the appearance of Misbah Ul Haq’s wife Uzma Khan and Younis Khan’s wife.

Notice How Instantly Men Jumped On The Religious Bandwagon!

LOL Just Look At Their ‘Kaash’ 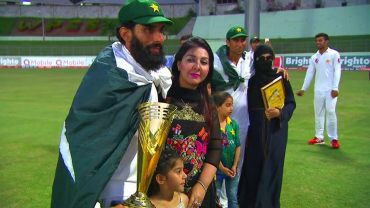 These men wanted to educate Misbah Ul Haq. Basically, what they want Misbah to do is to make sure his wife follows the correct way of dressing. Look at their choice of words.

Found Halal in both couples.

So the Muslim brother who mocks Misbah’s wife for not covering follows all the ladies on the left. Your typical Pakistani hypocritic mindset pic.twitter.com/hnenUp9fKz

Tolerance, something which doesn’t exist in our society anymore. While the religion has given the protocol of wearing a proper dress code, it is still a choice. It is absolutely immoral to make such vile accusations on someone’s character only on the basis of how they dress.

We need to be tolerant and let the Almighty be the judge of everyone’s deeds. We should not take such matters into our own hands and comment on the character of someone.

This Guy Explains The Culture Of Couch Casting In Pakistan And It Is Absolutely Disgusting!
This Girl Came To Pakistan After 7 Years And Her Parents’ Reaction Was Priceless
To Top