Couples go through a lot of ups and downs. It is said that in today’s ‘progressive’, modern society where both, the husband and the wife have the liberty and education to stand on their own feet often fail to stand by each other as the supportive pillars of a marriage during hardships.

A successful marriage is a like a cycle – without the support or absence of one wheel, the other doesn’t function. Essentially, when two people tie the knot, they form a beautiful union which requires constant support, love, and companionship of each other.

Recently, one of Pakistan cricket team’s legendary player resigned from the sport. The story of this player is a lesson in itself – he had a lot of ups and downs in his career. He wasn’t given the proper chances to excel but when he was, he conquered everything with his excellence. His brilliance made Pakistan as the no. 1 team in test cricket and he himself broke a few records.

He Is None Other Than Misbah Ul Haq! 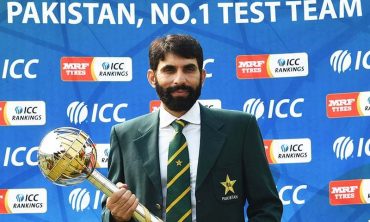 One person who continues to stand by Misbah Ul Haq through thick and thin is none other than his wife, Uzma Khan. 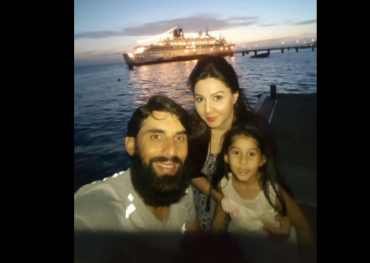 In this heart-lifting post, Uzma Khan expresses how regardless of how the society blamed her for the downfall of her husband:

“At the start, he would give me Rs 10,000 to run the house and that used to be enough for us back then. And he got me a car so that I could travel to university, where I was doing my Masters, so I always had freedom too. But I did keep hearing – though not from his friends and family – that he was never picked for the national team after our marriage, and it was my kismet that was bringing him down. In some subcontinental cultures, there is this idea that a bride brings her luck to her new home. So I would blame myself for it. I would pray after Namaz, after Tahajjud, that God gives him everything he had wished for. All I prayed for was for him to get back in the team.”

“At the start of 2007, he asked me to just give him six months or so. He told me he didn’t want to go to any functions or weddings or birthdays. Just wanted to focus on his cricket. 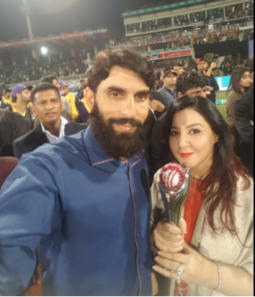 “He had bought me a Sony video camera for our anniversary the previous year. He would take that camera to nets every day, record his batting, then come home and just go to that day’s video during the night. That’s all he did every night. At that same time he had put in our savings to buy a car from someone, and that guy ran off with the money. That year Misbah was playing in England, and I couldn’t go and meet him because we just had Rs 17,000 in our account, and I didn’t know what to do. Thankfully he had to come back earlier than scheduled from England. Because he had been selected for the 2007 World T20 camp.”

Through hardships, hard work and constant support from loved ones, people see the best in their life and this is exactly what our favorite captain Misbah Ul Haq witnessed. He started from nothing, but his wife was always there for him. She stood by him when he had nothing, she stands with him when he has everything. Indeed, this anecdote shared by Uzma Khan is a life lesson which many would find fruitful. After all, sabr ka phal meetha hota hai.

Fawad Khan’s Efforts to Save Victims Of An Accident Gives Us Hope About Humanity Among The Elites!
This Girl Exposed The Admin Of This Scam Facebook Page For All The Right Reasons!
To Top