Of Compassion And Humanity; Iran's Walls Of Kindness. 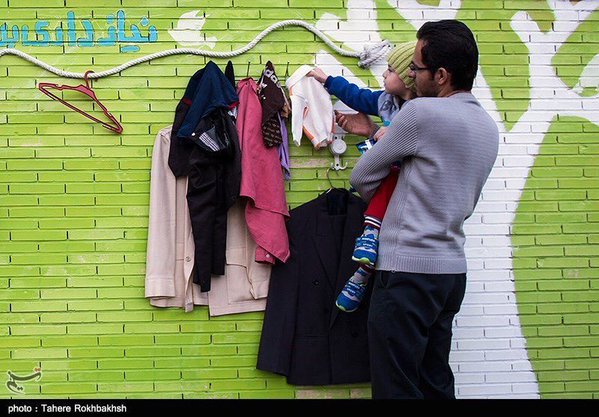 While we’re bombarded with news of atrocities and barbarism from around the world, Iran has a different and unique narrative to relate to the world.

It’s a story of kindness and compassion.

To help their less privileged country men and women in times of growing unemployment, falling incomes and harsh weather, Deewar-e-Meherbani (Walls Of Kindness) have sprung up at various different points throughout the country. Here, people leave items they don’t use or require anymore, so they can be picked up and used by those who need them, but can’t afford them. 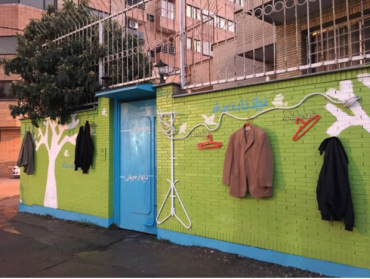 Driven by the motto, “If you don’t need it, leave it; If you need it, take it”, these walls of kindness first sprang up in the city of Mashhad, where someone fixed hangers and hooks on a wall next to the aforementioned lines, and soon enough, trousers and warm clothes started to appear. The idea gained popularity, and many people have expressed their support for the initiative on social media.

The gesture is a great step in battling the economic and weather conditions, especially in the face of lack of government initiatives to aid the people. 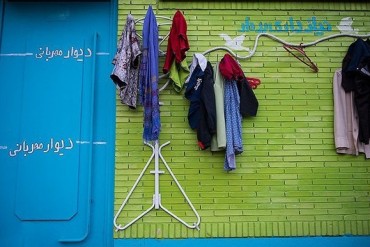 A similar initiative, called Payan-e-Kartonkhabi, (Ending Homelessness) had earlier sprang up, where refrigerators had been installed at various points in the city so people could leave food for the homeless.

The rest of the world needs to borrow a page off the Iranian handbook. Not just of lessons in compassion and humanity, but also of resilience, and taking charge when those in power fail to fulfill their responsibility.

Also See: Fearless Lyari: The Town is back to life!

Also See: Reminiscing The Loss; The APS Peshawar Massacre of 2014