The day we switched on our televisions to witness the massacre of humanity.

We remember the chill that had run down our spines, our baffled stares, and the goosebumps on our arms, as if it were only yesterday. And yet five years have passed by. Five years of us moving on with our lives and five years of more atrocities piling up over the APS attack.

Pause for a moment and think to yourself; has the Peshawar attack become only a tragic, distant memory? If it has, humanity continues to fail us even today; and we’re the perpetrators this time.

On the morning of 16th December 2016, the attackers laid siege on the Army Public School, and opened a barrage of bullets on the students and staff of the school. The barrage swept away over 140 students and teachers, their families who were scarred forever, and the entire nation, which was struck with grief.

The gunmen barged into the auditorium and started shooting. When some children made attempts to hide, they were singled out and shot. Then the gunmen returned to the auditorium to shoot at the bodies to make sure no one would make it alive. 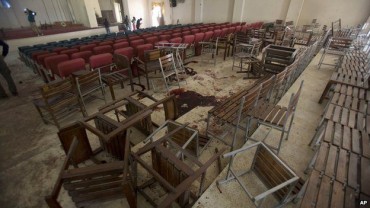 Volunteer Saleem Siddiqui described his feelings upon seeing a 13-year old in the ICU beside him who had been shot. He describes his feelings as he saw how ‘normality’ according to the quintessential standards, would never be something that child would be able to experience.

In another account, Sitwat Jafri recalls the moment he realized he would never see his mother, Farhat Jafri, a teacher at the APS, alive again.

According to Irfan Sadiq, another survivor, “It is not easy to forget the way she (a teacher) and some of our class fellows were killed” .

To even begin to fully understand the scale of devastation that was the result of the Peshawar Attack would be an impertinence; the loss of lives was only what we saw on the surface. 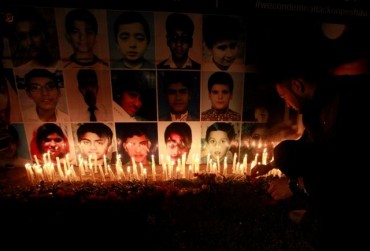 Moreover, PM Imran Khan and President Dr. Arif Alvi paid rich tributes to the martyrs of the APS attack and their families.

Today, we remember and pray for the survivors and victims of APS Peshawar incident. The blood of the innocent united the nation against all forms of extremism, terrorism, violence and hatred. #APSAttack @ImranKhanPTI pic.twitter.com/2g9jL0huVy

The psychological trauma that the survivors underwent, and the emotional turmoil that the families, many of whom didn’t have one, but two or three children who had been killed, underwent, was larger and unimaginable.

We saw an ugly glimpse into the workings of the extremist, power-hungry ideology that America or our own conservatism, or both, has created, and that left us speechless.

And yet our horror and remorse was short-lived. We forgot, until Facebook, or television reminded us of it again, and we’ll forget, until another anniversary comes around.

A survivor of the APS attack took to social media when the surviving students weren’t shown any consideration at the time of the Board examinations around 4 months after the attack. It was interesting to see that many responded with a  ‘Don’t try to use this as an excuse for not doing well’ line of argument.

Time to re-evaluate our humanity.

Remembering ‘Rah-e-Haq’ Shaheeds of APS on Their 5th Anniversary!
December 16 – Remembering The Valorous Martyrs Of Army Public School
To Top