Maryam Nawaz Embarrasses Herself By Calling PMLN Government Incompetent And Pakistanis Are LOLing!

Among such tensed atmosphere, Pakistanis do need some entertainment in their lives and these days Pakistan Muslim League Nawaz (PMLN) is just doing that. Faces related to the party of the former disqualified Prime Minister Nawaz Sharif is being terribly abused all over media as the current saviors of the party are busy making holes in their own ship.

Recently, PMLN leader Maryam Nawaz tried to let down the current Pakistan Tehreek e Insaf (PTI) government, as always but it backfired really bad. On her official Twitter handle, Maryam Nawaz posted some newspaper cuttings which had main headings unfavorable for the government. But she forgot to check the government tenure, date and the publishing year of the newspaper before posting.

As Pakistanis are way too good in catching others mistakes, they pointed it out this time too. The newspaper cuttings turned out to be from PLMN”s ruling tenure when Nawaz Sharif was holding the Prime Minister seat. The awaam as always didn’t spare Maryam Nawaz this time either and brutally trolled PMLN leadership and authenticity. The tweet was later deleted by Maryam Nawaz after she was groped in a bashing crowd on the internet.

Also read: Maryam Nawaz Was Still Using A Govt. Bullet Proof Mercedes And PM Imran Khan Snatched It Back As He Promised!

This is what Maryam Nawaz tweeted without realizing that this is from her father’s tenure! 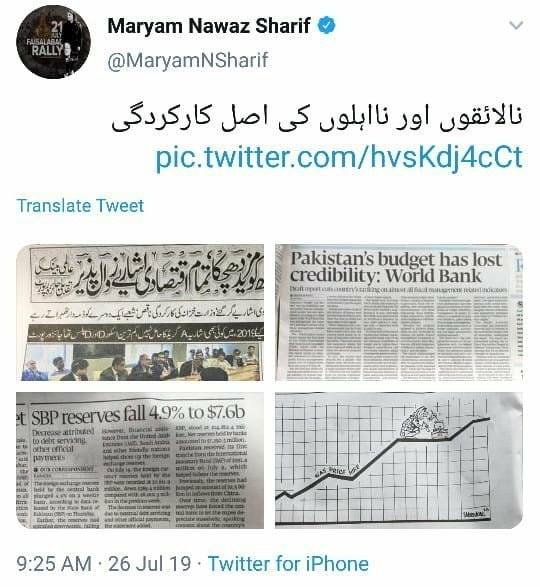 Following the PMLN leader Hina Butt, another member of the party tweeted the same thing without checking. This was also deleted later! 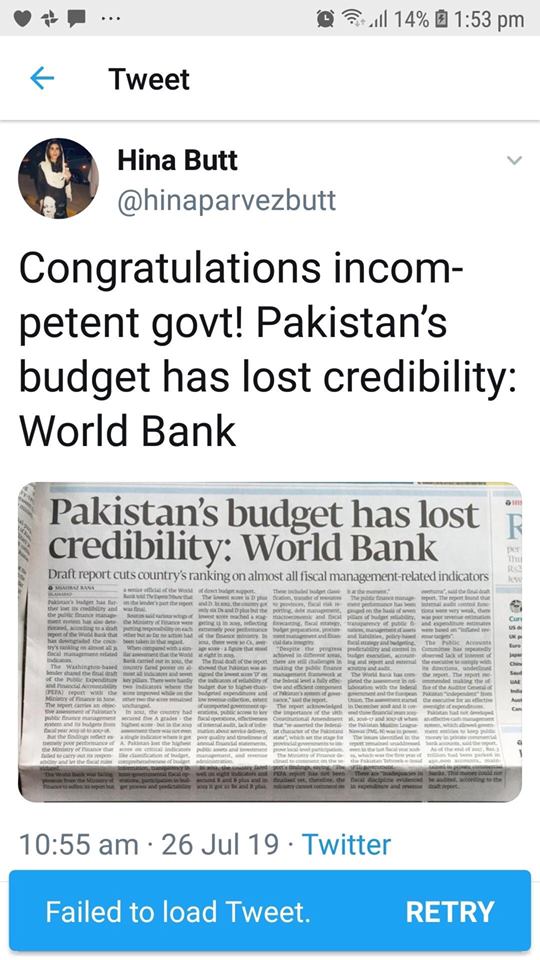 Since the arrest of PMLN leader Nawaz Sharif, his daughter Maryam Nawaz seems firm in her decision to free her not-so-sharif father. At every point, Maryam Nawaz and other party leaders provide the media with some new headline to laugh on. Earlier this month, PMLN leader wore a designer kurta on her court hearing which had Nawaz Sharif’s photo printed on it with ‘Nawaz Sharif ko riha karo’ slogan. Soon it became a laughing stock for everyone as it caught the media’s attention.

Check out: Maryam Nawaz Wore A “Free Nawaz Sharif” Kurta Designed By Hina Butt To Court And Pakistanis Lost It!

Who gets ‘Shrek’ printed on their kurta? Oh! that’s Nawaz Sharif!

Well, the PMLN leadership doesn’t seem to use their minds before taking any decision. Everybody knows now that Nawaz Sharif is NOT innocent and deserves to be in jail, that too without ‘television and air conditioner’, LOL!

This Aunt & Niece Were Posing As A ‘Lesbian Couple’ But Got Arrested At Islamabad Airport!
Shamoon Abbasi Breaks His Silence Days After Humaima Called Her First Marriage ‘Abusive’!
To Top