Since a long time now, Pakistani celebrities have been vocal about a series of social issues and psychological disorders within the society. Many even have spoken on the different stigma that revolves around mental health. So the serious issues of depression, anxiety and panic attacks can be tackled and henceforth eliminated.

The young and vibrant Hania Aamir is also one of the stars who is always outspoken on such matters and makes sure that she discusses about the importance of mental health. However, recently, the adorable actress has been making rounds in the news for a completely astounding reason. After having a very serious relationship with singer turned actor Asim Azhar, she gave quite a surprising statement about their alleged break-up. 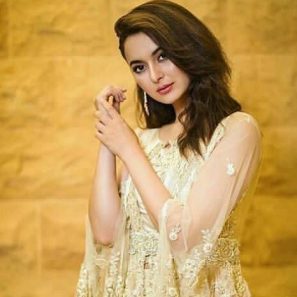 She was heavily trolled and people started to create an entire meme out of their relationship, which might have ended. Regardless, the star like a queen laughed on the meme-fest and the trolls; but one of them made this Pakistani beauty furious and she did not bode well with him hence, she responded to it head on!

Apparently, many still think that joking about mental health is a form of coolness, and took this opportunity, to troll Hania about it. However, Aamir took the comment as offensive and straightened the person behind it immediately. The troll had said: “What did you do? Provoking him for suicide?

The comment can not only be seen as offensive, but in all actuality, mental health is a serious issue and no one should joke about it. Which is why it didn’t take long for Hania to school this troll. That too in a very classy way!

She commented back saying, “This is not a word to be joked about. You’re not funny. I am not laughing”.

Not only was the reply savage, but it openly claims that no one should joke about the stress or depression that pushes someone towards mental torture or abuses their mental health. Joking about mental health or making fun of someone’s state is equally abusing them of their condition and making them feel even worse. 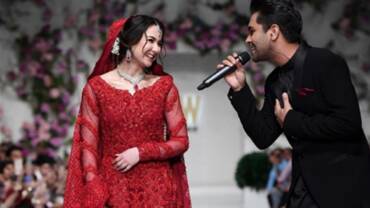 We get to see so many traumatizing experiences, yet we fail to understand it. In fact, just a few days back we saw how a TikTok star Minahil Malik was trolled and made fun of for alleged leaked photos.

We understand it but we are not eager to stop it. We truly are impressed with the way Hania Amir handled this troll, and we truly applaud her for her savage comment.