The famous actor Hamza Ali Abbasi just announced on Twitter that he will be taking a month-long break from social media. He also mentioned that he has an “important announcement” by the end of this month. The actor’s sudden tweet has left his fans and Pakistani Twitter searching for answers. However, many believe that Hamza Ali Abbasi might actually be quitting entertainment all in all!

Hamza Ali Abbasi has been gaining attention all over the nation within the past couple of months. The first reason was because of his marriage to the actress Naimal Khawar Khan. They received praise because of the way Abbasi laid out his feelings regarding the marriage as he mentioned that he tied the knot for religious purposes. His long post explaining his love for his Naimal and his connection with God, helped people realize Abbasi’s humbleness. 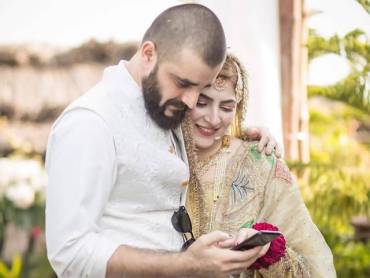 Considering that he is a prominent actor known all throughout the nation, the fact that he openly shared his inner feelings with the world, really caught everyone’s attention. Another reason why Abbasi has been in the spotlight lately is because of the drama Alif.

As the first episode released, people have been raving over the perfect chemistry between him and Sajal Ali. The acting, cinematography, and story-line is so catchy and intriguing that people believe it could be the best Pakistani drama for this year. 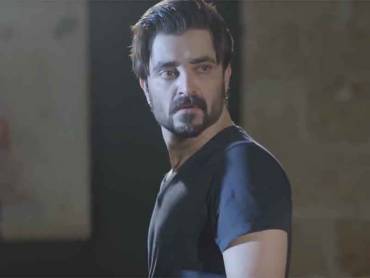 Even though, he has all such success and praise from the nation, why would he be taking a sudden break from social media?

This is what Abbasi had to say about his break and announcement that had people wondering: “A journey of more than a decade comes to an end. I have a very important announcement to make at the end of this month. Will hope my voice reaches many. Will be off social media till the end of Oct”

A journey of more than a decade comes to an end. I have a very important announcement to make at the end of this month. Will hope my voice reaches many. Will be off social media till end of Oct.

Some believe that Hamza Ali Abbasi is quitting showbiz and the entertainment industry for good. They claim that he might be moving towards a political career. Abbasi has always mentioned himself as a generous supporter of PTI. And many of his social media posts have been about certain political issues where he has raised his voice for concerning issues.

Some users have even been thinking that Abbasi could be planning on announcing his departure from PTI. Everything is vague, and all one can do is either suggest or assume. Though, it is for certain that his fans wouldn’t want him to end his career as an actor.

This user mentions that she already got vibes from Abbasi that hinted he might probably leave the industry. Only time can tell whether this statement might come true or not!

So, you are leaving showbiz industry, I got these vibes coming from you far earlier.
More power to you, may you succeed in whatever you do in life. Stay Blessed!

Moreover, this user left a hefty message for Abbasi mentioning how he has always used his platform to inspire people.

dont get disturbed by masses of acting fertility as they dont belong to the majority but keep the faith.. ur inspiration reaches a far greater audience than any of them due to the reason that ur voice carries truth and conviction which truly touches hearts even in acting..

While, some users are devastated and just hoping the actor doesn’t leave showbiz!

Hamza please this almost gave me a heart attack! Please don’t say that you are leaving acting! Please Hamza!! 😭😭😭

What do you think of the situation? Do you believe that Hamza Ali Abbasi is quitting or announcing his retirement from the entertainment industry? Is it some other concern? Share your thoughts using the links below.

Nestlé’s Expansion Of Its Sheikhupura Factory Is A Great Sign For The Future Of Investments In Pakistan!
Saudi-Iran Conflict: PM Imran Khan Bids To Unite Muslim Ummah!
To Top