The ongoing year has served Pakistanis with a lot of surprises regarding their favorite celebrities. Where some stars were caught in a brawl with other co-actors, many won the hearts of millions by representing Pakistan on an international level. Following your favorite celebrity and seeing them getting hitched is what makes a fan go crazy and the current year is turning out to be an exciting one.

Hamza Ali Abbasi and Naimal Khawar to tie the knot later this month!

After the pictures of Yasir Hussain proposing Iqra Aziz in LSA took the internet by storm some time back, another adorable couple is about to tie the knot soon. Reportedly, actor and social activist Hamza Ali Abbasi and actress Naimal Khawar are getting married later this month and Pakistanis can’t control their excitement. 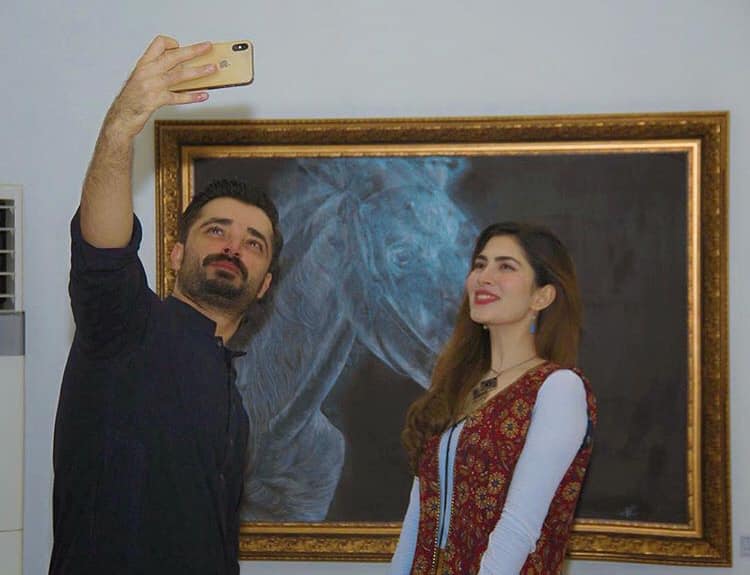 Earlier this week, the big news came in with pictures of Hamza and Naimal’s wedding cards circulating all over social media. The approach of staying low key about the marriage somehow broke over the internet deploying mixed sentiments of the awaam. According to the wedding card revolving on social platforms, the couple’s getting nikkahfied on the coming 25th August followed by Valima reception on the 26th of August. 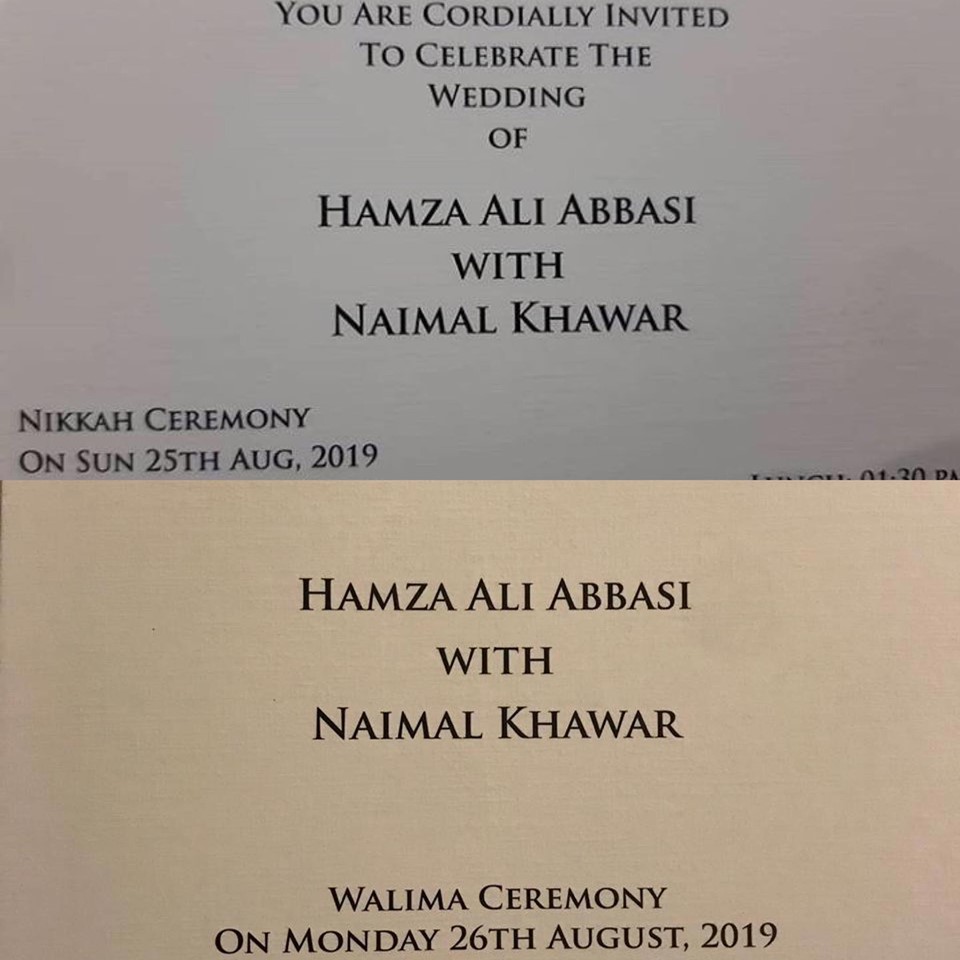 Pakistanis on the surprising news!

As soon as the pictures went viral on the digital platform, Pakistanis were quick to respond to the great news. Even the hashtag #HamzaAliAbbasi is trending on Twitter today and a wave of good wishes are aligned for the couple. Here are some of the reactions from their fans and followers.

We also wish them all the best for their life ahead!

Seriously! Humza Ali abbasi is getting married to Nimal khawar
It is really very surprising 😮
But i wish comming days bring lot of happiness for both of them 💕 #Nimal#HamzaAliAbbasi pic.twitter.com/icsWmOTRxD

This is some true fan right here!

Wishing You Happy Life Ahead
Hamza Ali Abbasi My Most Beloved personality After Khan Is Going to Marry Naimal Khawar#HamzaAliAbbasi pic.twitter.com/H2HOGulLv5

This is so sweet!

#HamzaAliAbbasi and #naimalkhawar were so lowkey about their relationship/wedding and thats exactly the way it should be❤️ Beautiful couple that didnt need Public Attention or did anything to get press like other celebs these day. Dua for both: pic.twitter.com/jbha8zwHE6

As Hamza Ali Abbasi recently got back from Hajj!

No doubt about that!

Check out: Hamza Ali Abbasi Tried To Defend Yasir & Iqra’s ‘Kissing’ At The Awards And It Backfired Really Badly!

Depending on some authentic sources, the marriage news is true while some say that its a rumor. Till now, neither Hamza Ali Abbasi nor Naimal Khawar has spoken on the news but the wedding card is saying it all. Whatsoever, Pakistanis are way too excited for the event and can’t wait for the official pictures to come out.

Are you excited? Tell us in the comments below!

The Holographic Shaheen On Pakistan’s Independence Day Has Left All The Karachiites Absolutely Mesmerized!
Hasan Ali’s Shaadi Pictures Are Making Fans Hate On His Beautiful Indian Bride And This Is So Wrong!
To Top