Desi shaadiyan are incomplete without Shadi dance. As the famous *anonymous* legendary person once said, “Our mehndi dances are more planned than our entire lives,“ it is safe to say how every desi family enjoys dances for the occasion of marriage and works really hard to give these performances.

From the selection of playlist to the countless dance practices and from fighting on the songs to arguing over the moves and steps that suit the song in the best way, any shaadi that does not have dances is not just boring, but surely misses the essence of what makes a desi shaadi complete.

Bhangra is very, very important when it comes to dances on mehndis. Especially when groups of nicely dressed guys start their usual routine of bhangra as soon as the dhol walay embrace our ears with the beats they cannot resist grooving on.

On the other hand, a shaadi is definitely incomplete without a dance by the couple. Gone are the days when the bride and groom couldn’t look at each other till barat or even ruksaati. Most of mehndis today encourage couples to share a dance which they prepare together. If you are lucky, you may even dance with your husband or wife to-be on more than one song.

Rejecting the traditional Shadi dance shared between the couple-to-be, this particular couple made a new tradition of dancing. They used hoverboards as the main element of the dance and as cool as it sounds, they surely created something new.

For those of you who don’t know, this is what a hoverboard looks like: 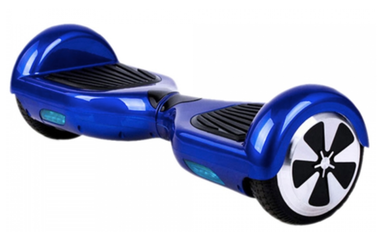 Though I haven’t personally tried a hoverboard myself, but from the looks of it, roaming around on a hoverboard definitely seems tricky, primarily as it requires a lot of balance. However, this couple made it look so easy by performing for their mehndi using a hoverboard.

Here’s the link of the complete dance:

The couple seemed pretty intense during the Shadi Dance they shared on the romantic hit Sanam Ray and they surely showed they had done a lot of practice over it as well. The crowd enjoyed the dance and seemed to be thrilled by the idea as well. The dulhaa definitely made an entrance using the hoverboard.

While the dance did not have the usual touch of the desi romantic couple Shadi dance, this was surely something new people can try on their weddings!

Recent Posts
Trending Posts
Urdu
All Muslims Are Not Terrorists, But All Terrorists Are Muslims” Myth Or Reality?
Another Wave Of Tragedy Strikes Pakistan and Everyone Grieves!
To Top