A newborn girl miraculously survived after she was thrown off the second floor a building in Karachi. The heartwrenching incident occurred in the Manzoor Colony area. She suffered on the street for hours before she was rescued, according to sources.

The baby was shifted to Jinnah Postgraduate Medical Centre for treatment and was later moved to a shelter home run by the Chhipa Welfare Association. According to Chhipa Welfare Association Ramzan Chhipa, the newborn baby was thrown off from the second floor of a building and fell on a shade above one of the shops which made her survive. “She has sustained an injury in the right eye,” he said.

Moreover, addressing a press conference, Chhipa said it was a miracle that the girl’s life was saved despite her poor condition.

“After receiving a call, we reached the spot and rescued the girl from the steel shed of the shops. We rushed the girl to Jinnah Hospital in a critical condition. Doctors rescued her after several hours of effort,” he said.

A neighbor saw the newborn thrown off surviving, who then called the police and an ambulance from the Chhipa Welfare Association. 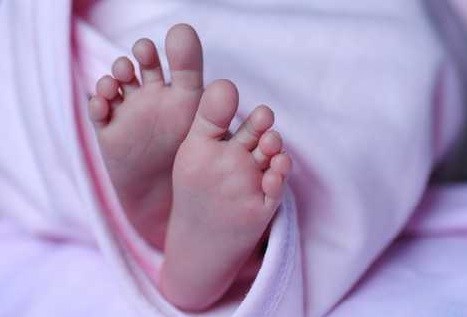 Police arrest father and mother of the thrown off newborn baby

However, according to a media report, the father and mother of the thrown off newborn baby have been arrested. An FIR has also been lodged against them. The FIR states that the woman was not married and the father of the baby was reportedly her cousin. The baby was born in a house at 4 am on Tuesday.

Also, The infant’s mother has confessed that she threw off the newborn baby after her father refused to accept her as his daughter but the good news is the baby survived the incident.

This baby girl was thrown from a two storey building in #Karachi. She is now recovering in a hospital. Sons are celebrated, daughters are discarded. What kind of misogynistic #culture is this? pic.twitter.com/XQY2jzHCsO

However, a case has been registered on the state’s behalf. It is under sections 338 (woman who causes herself to miscarry a fetus), 201 (causing disappearance of evidence of the offense, or giving false information to screen offender) and 34 (acts done by several persons in furtherance of common intention) of the Pakistan Penal Code.

Chhipa has taken the responsibility of the thrown off newborn child after she survived the incident, until her biological parents ask for her custody. Chhipa’s organization works tirelessly for orphans and abandoned children who are often not accepted in society. A valiant salute to these superheroes of Pakistan because they don’t think wearing a cape is necessary.

We are so shocked and disappointed with such inhumane behavior by the parents.