4 Reasons Why We Are Still Watching Mann Mayal

There was a time when I used to look forward to Mondays because of Mann Mayal but recently in the last few episodes, the story is being dragged on and a certain cycle is being repeated. Like for example Jeena keeps coming back and tries to work her evil tricks on Salahuddin. But many people including myself are still hooked onto Mann Mayal for some particular reasons.

Yes! Because Of The Heartthrob – Salahuddin Aka Hamza So, I think the first reason is pretty obvious, Salahuddin aka Hamza Ali Abassi. His acting and dashing looks in particular are just so attractive. I mean no matter how much you hate Mann Mayal, this guy might be the reason why you’re still watching it. Afzal or Salahuddin both are equally charming and to die for.

For The Love Birds #sannu 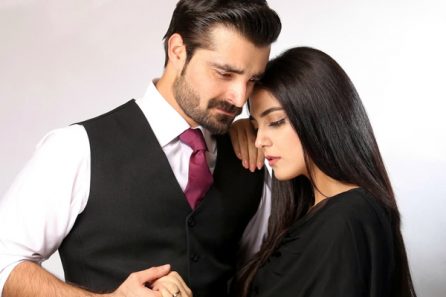 The chemistry between Manu and Salahuddin is just adorable and therefore makes another reason for us to watch Mann Mayal. Their expressions are so unique and makes me wish that they were a real life couple. The first few episodes of Mann Mayal were my absolute favorite because of the close relationship between them.

Is Salahuddin Going To Die? Or Not?

Curiosity killed the cat. Admit it, we are all curious to see the ending of Mann Mayal. We’re all eager to know whether Salahuddin will die or will Mannu and Salahuddin’s love win. Last episode had me quite convinced that Salahuddin will die but my heart just doesn’t want to believe it. Let’s hope for a happy ending!

Just A Little Curios About The End

Some people are still watching it because they’ve been watching it since day one and now it just doesn’t make sense to leave it halfway through. Although Mann Mayal received a lot of hate,  it still has a huge fan following and #mannmayal trends every week on Twitter. Let’s just hope Salahuddin doesn’t die because that will be a huge disappointment.