#MuNush The most extravagant wedding in the history of Pakistan! 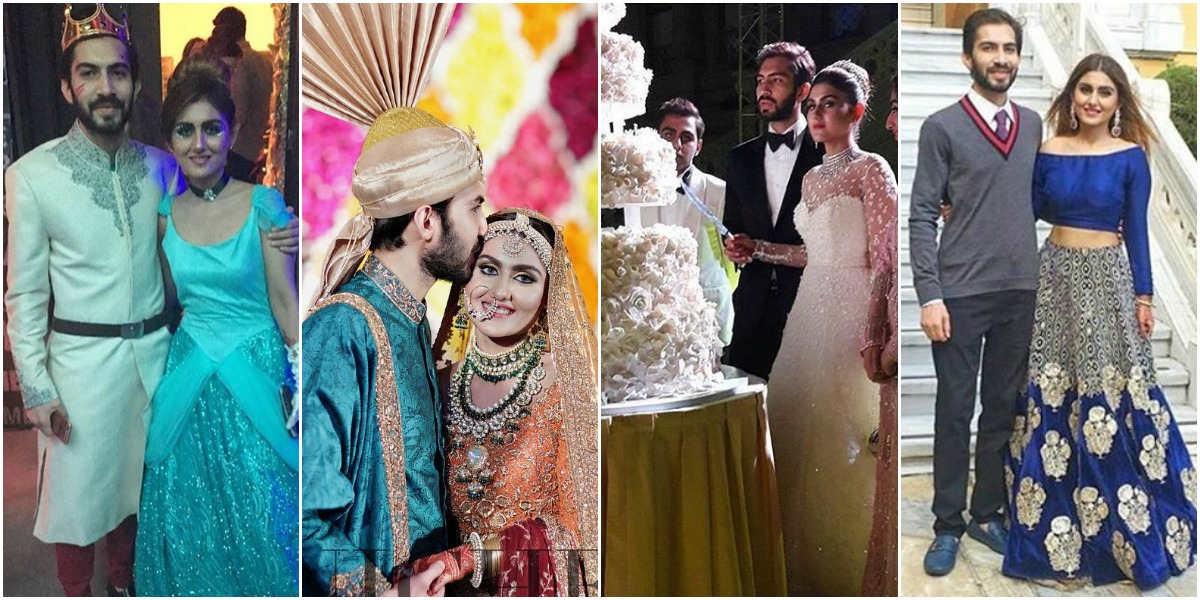 If there is one occasion Pakistanis absolutely love more than any other, it is the culturally motivated concept of celebrating extravagant weddings. When it comes to weddings in Pakistan, the deriving nature of the festivity is judged through how deep ones’ pockets are. On the #MuNush wedding, well, the pockets were deep.

The wedding has been dubbed as the longest and most expensive in Pakistan’s history.

After the #NoorZain wedding last year, it seemed that the extravagant and lavish nature of spending aloof could not be topped. Then came around the #MuNush wedding, where Munib married Anush. What started off as instagram posts, soon turned abyssal and took over the internet altogether.

From a series of extremely expensive designer dresses to Disney themed parties and foreign photo-shoots, the wedding saw it all! After the the never ending series of events in Pakistan, the Sangeet of the couple was held in Turkey. With more than 1500 pictures under the #MuNush tag on Instagram, one can only imagine how much the wedding had to offer.

However, Pakistanis never seem to spare anyone, even when nothing is being paid from their own pockets. The Pakistani cult on Twitter wasn’t too kind to the most expensive wedding in Pakistan’s history. With nobody knowing how much the wedding cost exactly, many guesses flew around along with condescendingly targeting comments.

This is how Pakistanis reacted to #MuNush

#munush "This is a typical story of a rich family using political clout to thrive in business without paying taxes" https://t.co/G9rcMBWOof

To my surprise, the worst dress of that whole #munush saga wasn't by a Pakistani designer.
Yaay to our #Fashion #FaySeFashion
Boo to farangi

Two hour with a Lahori socialite and I got more scoop in to the Munush wedding than any blogger can give. ?

So what's all this #munush crap anyway? A celebration of corrupt money and sycophancy? #Pakistan #confused #hollow

I browsed the #munush photos and there were no food pictures. You guys sure they're Pakistanis?

a disgustingly lavish wedding that's anti-feminist to the core & glamorizing the institution of marriage to the point of no return. #munush

All remarks towards the wedding aside, one thread on Twitter took everybody’s attention to how so much money was being pumped in the wedding after all.

A toxic group of individuals who in addition to having struck gold thanks to their LPG findings,have also embezzled billions from & continue

to vye for political relevance using cold hard cash. The late Gulzar started off as a patwari in his native Nayvela DI Khan, where his wife

was a primary school teacher, before going on to be elected Union Councillor whereupon he began making prudent & illegal moves to amass his

vast fortune. Despite mountains of evidence against them, no government agency has yet to formally charge them with anything. Just to give

All views and reviews aside, one thing is for sure, that the #MuNush wedding was indeed something that every Pakistani couple dreams of. Even if they do not dream of such an exquisite or lavish wedding, they probably would have wanted to attend it.

Can't get over how gorgeous @anushammar was looking in a beautiful #BuntoKazmi bridal on her #Nikkah – Wishing the couple a lifetime of happiness! #AnushMunib

Despite what people say, the wedding made international and local headlines, indeed, something the 2016 fiscal year will be remembered for, since there aren’t many positive things to talk about.