5 Important Things You Should Check Before Signing Your Nikkah Namah 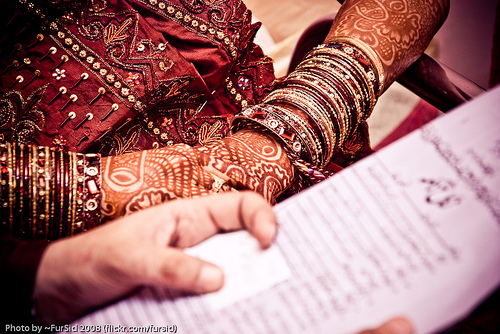 It is a dream of every man and woman to tie a knot with someone who understand them, someone who is ready to spend the rest of the life with them. When it comes to our religion, the story of Hazrat Muhammad (PBUH) and Hazrat Ayesha (R.A) explains “love story” in the perfect manner – Prophet (PBUH) instantly married Hazrat Ayesha (RA) as soon as he noticed he likes her. And this is what Islam instructs us – to marry in a simple manner and to use legal channels towards a relationship.

Marriage is a bumpy road filled with hardships and compromises and loads of love. However, binding in a legal relationship must be taken seriously, especially when it comes to your Nikkah-namma.

Marriage is not just between two people in our society, it is amongst two families that have difference in opinions and have different wishes for their children. As per the families, they cancel out or make changes to the nikkah-namma without informing the bride. Therefore, it is the due of the couple to discuss the clauses and make decisions accordingly.

While it is totally unfair to discuss the matters before you have started the lovely journey of companionship and love, it is important to know your rights and alternatives in order to seek through the uncertainty of life. 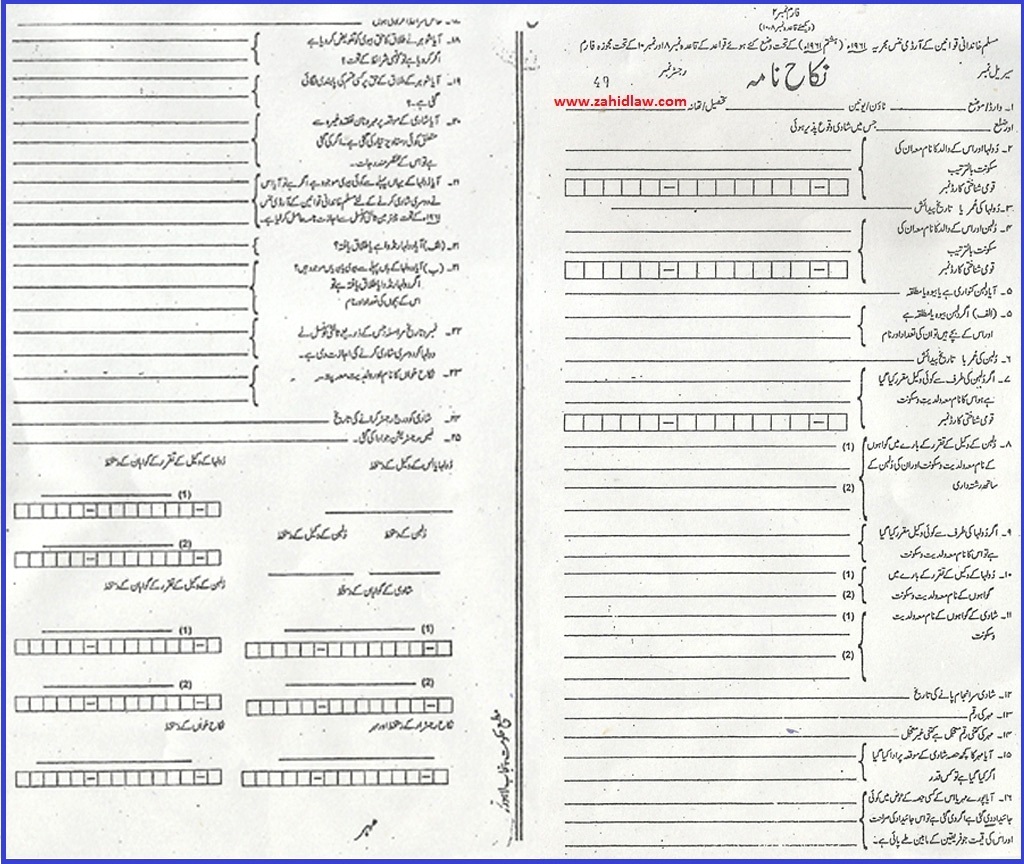 The Important Points and Clauses to See in A Nikkah-nammah

This is a very important decision which two families decide. The clause 13 to 16 on the Nikkah-nammah deal with the haq-mehr. Haq-mehr is the gift a husband gives to his wife on their marriage. It can be in form of anything – property, jewelry or cash. According to Islam, there should not be any burden on the groom when it comes to deciding the Haq-mehr and it should be given whilst the marriage. However, our society has changed the concept – Haq-mehr is usually given to the wife after divorce.

Usually there are two stages to give Haq-mehr: (1) Mu’ajjal: give it promptly and (2) Ghair Mu’wajjal: to give it in the later stages. All of these important details need to be dealt with beforehand.

3. The Independent Right of Husband and Wife

While I stated earlier that marriage is union of two families, the Clause 17 allows the husband and wife to state their own terms. If the bride feels she needs to clearly state there must not be any sort of domestic violence (which even the religion is against), she can state it in the clause. As a result, there will be a sort of penalty (specific amount of cash) if the parties fail to meet the stated terms. In short, husband and wife are allowed to state any terms in this particular clause.

While a lot may wonder this a very dangerous thing to discuss before marriage, it is absolutely needed to know the consequences of any dispute.

The clause that deals with divorce ‘talaq’ is the Clause 18. This clause has nothing to do with Khulla and doesn’t contradict with the right either. Women can legally seek divorce from their husbands through the clause 18. This clause allows women to take divorce from their husbands without the need of losing their mehr (which happens in a khulla) and without involving legal activities.

While one may think that this is entirely in control of a man to decide, this is why the urge of discussing all the clauses in the Nikkah-nammah before marriage are important.

The clause 19 on the other hand, deals with the right of husband to divorce the wife. In this clause, a woman is entitled to put conditions like provision of the house, the financial compensations and more in order to restrict the right of the husband to give her divorce. Associated to this clause is the Clause 20 where woman can specify the need of financial support and mehr in case of divorce.

A lot of maulvi do not take the bride and her family’s opinion in regard and omit the clauses that result as trouble when divorce occurs.

5. Restricting a Man To Marry While Already Being Married

The Clause 21 deals with one of the very important aspects of our society – second marriage. This clause restricts a man to marry another woman while married to his already wife. Furthermore, this clause also states that if he is already married, then according to the Muslim Family Law Ordinance (MFLO), he needs to seek Union Council’s permission to marry someone else. The Union Council investigates and seeks the permission of the current-wife with regards to allowing him for a second marriage.

Ultimately, it is all the matter of fate and how two people are willingly ready to compromise their way into a successful marriage.