The current World Cup fans clash between Afghan’s and Pakistani’s had everyone in utter shock. The two countries possess an undying hatred for each other but that was in full bloom when the Afghans attacked innocent Pakistani people. Moreover, the issue is receiving worldwide coverage and people are confused with the disgusting behavior of the Afghan audience.

The Fight Between Pakistan And Afghanistan Fans Is Rooted In Hatred:

Pakistan’s Foreign Ministry just issued a call for investigation regarding the incidents, on Saturday. Within a statement, it is in mention, “The flying of anti-Pakistan banners, unruly conduct of a certain group of spectators toward Pakistan team players, and scuffles during the Pakistan-Afghanistan World Cup cricket match are a matter of deep concern”

The Foreign Office’s Spokesperson Dr. Muhammad Faisal states that such propaganda was unnecessary and the issue will be taken to the diplomatic level. 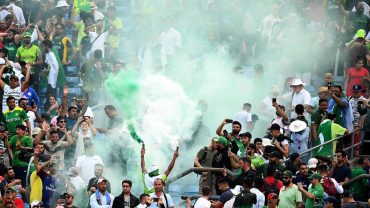 Even ICC puts out its word regarding the sudden outbreak within the stadium. “We are aware of some scuffles among a minority of fans and are currently working with the venue security team and the local police force, West Yorkshire Police, to ensure there are no further incidents,” said ICC. They are also further added, “We do not condone it and we will take appropriate action against any anti-social behavior that spoils the enjoyment for the majority of fans.”

It is natural that fights do break out in stadiums because everyone is surrounded by people that are just as passionate about the sport. And World Cup fans clash quite often. However, this was definitely the next level as nothing could top it. No one can even imagine experiencing the barbarism that the Pakistani audience in the crowd had to face.

About four arrests were made. Most of the culprits are Afghans. Moreover, it seems that Pakistani’s did not even initiate anything. The fight between Pakistan and Afghanistan fans was entirely one-sided. Once, the news broke out Pakistan expressed its anger and disgust towards the individuals responsible for the horrible act. 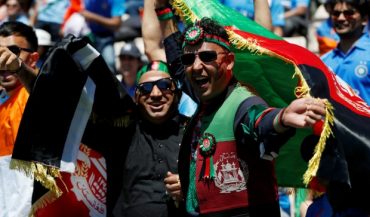 There are multiple footages all over the internet that show fights going on in the stands, people breaking down a security gate, and just overall unnecessary violence.

The incident is horrible but there is a positive side to it. That is, Pakistani’s barely hurt the Afghans attacking them. Also, none of the people arrested were Pakistani. This shows the world that we are not the ‘certain’ people they believe we are. It serves as a great wakeup call.

Not to mention, another shocking element within the whole thing is that there was an unauthorized plane that displayed politically sensitive remarks. That should’ve been the last straw. Also, promoting hate towards a certain country should be punishable at least according to foreign law. 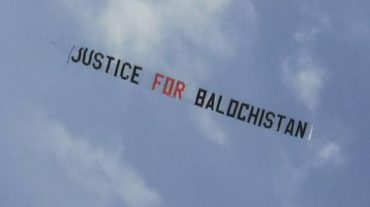 Regardless, Gulbadin Naib, Afghanistan’s skipper, mentions that the match should not be taken too seriously. It’s just a sport that both countries should enjoy. He said, “To all the audiences watching these kinds of matches, this is only a cricket game. Just watch the cricket game. It’s a sport.” While that is very true, it is still quite disturbing that the Afghans do not have any remorse overacting the way they did.

Even after this fight between Pakistan and Afghanistan fans where Afghans are in the wrong, they are STILL blaming Pakistan. The footages prove otherwise….most of the evidence proves otherwise! Will they still try to use Pakistan as a scapegoat to be the subject of hate while the other countries are praised?

What do you think of the situation? Share your thoughts!

This Female Student From Punjabi Uni Was Asked To Remove Her ‘Burqa’ By Staff And Is This Riasat-e-Madina?
Saudi Arabia Is Providing Oil To Pakistan On Deferred Payments And PM Khan Is Living Up To His Promises!
To Top