Islam has strongly emphasized the concept of hijab on women and decency when interacting with the opposite gender. The Holy Quran has also focused on hijab for women and for men to cast down their glances in front of na-mahram. Pakistan was made under the view of Islamic perspective and for the residents to spend their lives according to the teachings of Islam. But the situation these days is the total opposite as we are adopting western culture more and then we complain about our condition getting worse day by day. 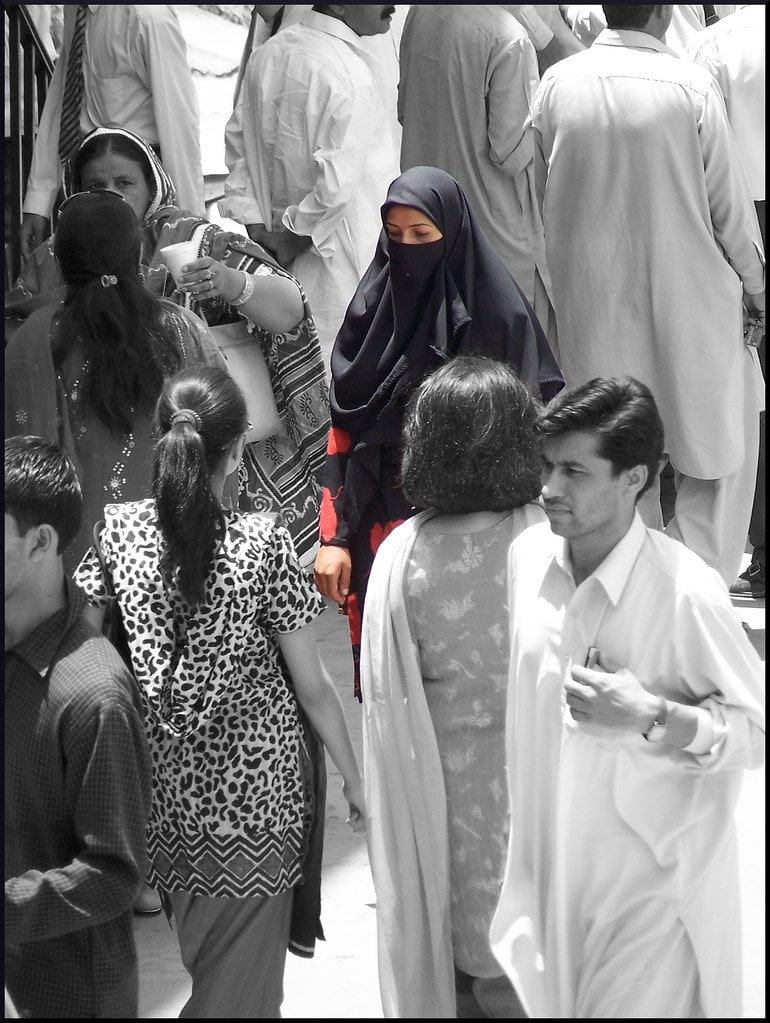 Pakistan being a democratic state, the civilians are free to live their life according to their own decided terms. But Prime Minister Imran Khan’s dream of making it ‘Riyasat e Madina’ won’t be true until some negative minded people won’t be eradicated from society.

Well, recently a student of Punjab University was forced to remove her hijab before her exam and the internet is praising her for standing tall against the negative powers. Sadaf, who is currently studying Persian from the university had her Master of Arts (MA) exam on Thursday when the superintendent asked her to remove her ‘niqab’ and ‘burkha’ or else she’ll not allow her to sit in the exam. Upon resistance, the superintendent started forcing her and abusing her in front of the whole exam hall.

Also read: A Woman In Hijab Was Seen Driving A Rickshaw In Lahore And These Are The Independent Women Of Pakistan!

According to sources, Sadaf even offered the superintendent that she can check her if she’s not satisfied but the superintendent just wanted her hijab to be removed. When the in-charge couldn’t get Sadaf to remove her hijab, she then started using her authority wrongly and threatened her to file a First Information Report (FIR) against her for not removing her hijab. Instead of helping Sadaf out, the other students in the exam hall were laughing at her and for your information, the superintendent was also a FEMALE. In all of this, no student, no teacher or any other person from The University of Punjab intervened or didn’t even stop the sick superintendent.

Here’s the whole interview of the student that went viral on social media!

In this era, we can’t see anyone happy, we can’t digest anyone’s success, we can’t let others live on their own will and we can’t accept the changes in other people. No idea why have humans become so controlling that choices made by others for their own selves have started affecting us. Allah Reham Kray!

Rana Sanaullah Has Been Arrested For Carrying 15-20Kgs Of ‘Heroin’ In His Car And This Is Extremely Embarrassing!
Pakistan Wants The Police To Investigate The World Cup Fans Clash
To Top