What kind of a woman would be willing to share her husband? Certainly no one. No woman chooses to become a co-wife. Regardless, we witness so many men taking advantage of the Islamic marital jurisprudence which allows them to have up to four wives.

However, these men clearly turn a blind eye to the fact that they can only do so if they are capable of treating all wives equally. And on top of that, if their wives are not willingly allowing them, they cannot remarry- sadly, men seem to disregard their opinion on the matter. 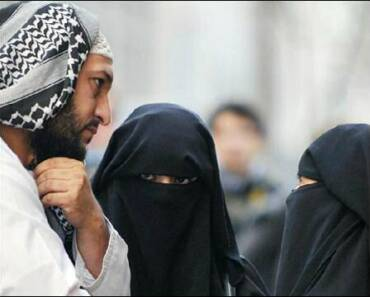 Reportedly, a man in Okara got red-handedly caught remarrying by his fourth wife. According to the details, the husband had tied knots with a 13-year-old girl, without the consent of his wife.

Clearly, it is absolutely disturbing to point out what’s more unacceptable; marrying an underage girl or remarrying without the permission of the current wife?

The fourth wife, identified as Humaira, caught her husband contracting his fifth marriage. A video has surfaced on the Internet, where Humaira can be seen publicly humiliating her husband. In addition to this, the wife is also reported to have beaten him up.

She can be seen complaining about how this man had made her life a living hell. And also how he has the audacity to remarry without even consenting her.

Is patriarchy blameworthy for normalizing polygamy?

We say, yes, it is! We can certainly blame the patriarchy for the selective application of Quranic injunctions on polygamy.

Additionally, the husband’s unilateral right to have multiple wives at one time is simply absurd. The non-existent protection to women against the inherent severeness of polygamy not only further promotes polygamy but also objectifies women.

In Pakistan, cases of men remarrying without the consent of the previous wives have surged. However, it is to be noted that these women due to being financially dependant on their husbands, might not even divorce them. Regardless of them marrying again even in violation of their marriage contracts, these women stay committed to them.

Polygamy on one side, let’s talk about underage marriages.

This man married a girl who is only 13-year-old. As if being a polygamist was not enough, the man decided to marry an innocent child. The subject-matter makes one wonder- what is more problematic; marrying for the fifth time, or marrying a child? 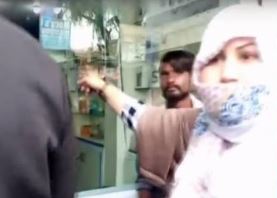 Sadly, the practice of child marriage is immensely prevalent in Pakistan. It is to be noted that under the act, the minimum age for a girl is 16 years for marriage. Therefore, this alarming incident that has taken place in Okara is not only unethical, but also unlawful and illegal. Beating him in public does not even suffice for a punishment.

Do you think what this woman did is totally justifiable and had to be done? He certainly deserved it!

Why Is It Better To Marry At A Young Age? Here Are Some Pakistanis With Amazing Answers
This Girl Provides A Guide On Countering ‘Sexual Harassment’
To Top