In a world stuffed with over-exploited feminism, it is about time we find a cure for this virus. Feminism is the Sky Net of Humans that needs to be contained and controlled before it spreads like a virus and destroys world peace.

It is quite common for girls to label all men with the same humiliation used for that one man who treats women unjustly. Before you start getting bad thoughts about me or other men with like thoughts please know that respect and fairness is about standing up to the injustice happening with anyone regardless of their gender. 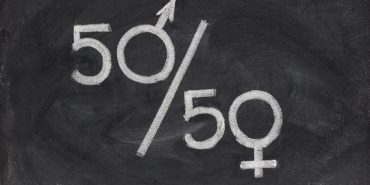 Feminism has divided societies more than it was supposed to weld them closer, and I don’t blame all women and men. I blame those women, who exploited the movement to satisfy their egos and those men who failed to recognize and solve the injustice and oppressions against women.

The term “feminism” originated from the French word “feminisme,” coined by the utopian socialist Charles Fourier. The term was to denote a movement that would give equal political and legal rights to women because women have been devoid of their rights more as compared to men.

Why is it that we don’t need this term that often anymore?

Today, you’ll see a lot of divisions around you, and these differences surfacing on our faces and lips are the root cause of all conflicts. From cultures to societies, one country to another, one Religion to another, one ethnicity to another, and one gender to another, everything is so divided that we see hate and hear abuses around us more than we should.

We, as societies, have moved forward and made a significant progress over the last decade. The progress is exponential, thanks to major awareness campaigns and growing youth development programs aided by penetration of educational resources and infrastructure. Everyone’s demanding equal rights for everyone now; it’s not just women, but transgenders too along with other oppressed humans and endangered animals as well. 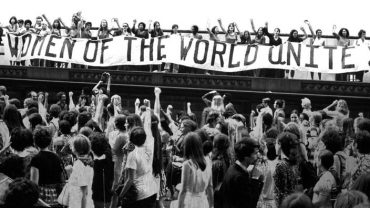 We should take the movement forward as a unisex initiative aimed to eradicate injustice for everyone rather than focusing on one gender only. Humans need to move beyond one gender and focus on the welfare of humanity, all of it. Everyone should have equal respect and rights as long as they are innocent and follow the laws.

Here’s an example to help you understand better. I read this article where the girl shared her experience being body-shamed by the society for her skinny physique; although the article addressed a genuine issue, only women could resonate with it better. The author ends the article on a motivating note for skinny women ONLY, giving the whole article a voice-for-women feel. Motivating all victims regardless of their gender would have highlighted the problem as universal and brought all genders on one stage to address it better. 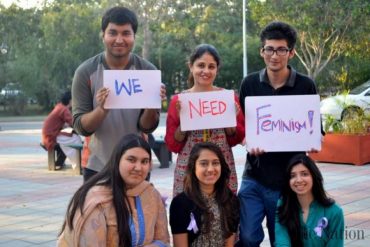 Not that I am complaining about it, her life her preferences, I am just trying to help you understand how highlighting problems as universal would help more people. Being a skinny guy, I can reassure you of the facts and mean taunts skinny people get to hear, but I have never received any sympathy in this regard as a guy.

The only thing I have ever received was lesser preference (I don’t want to use harsh words, but you know the limits this could go to) based on my physique and constant taunts to improve my build (quite tired of telling people it is in my genes, can’t really help it before it’s time). A universal problem, no?

So what should you do? 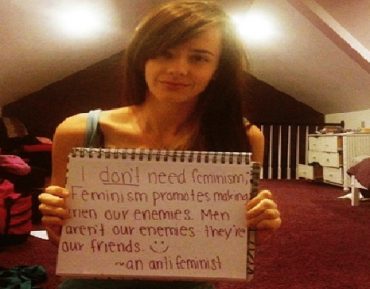 The answer is simple, give up this race of generalization and realize that there are a lot of men standing by your side demanding for your welfare, just like all the girls demanding for men’s welfare.

This will also bring down the number of incidents where women play the fake victim card and end up hiding behind this term to fool and gain society’s sympathy.

The world would stop discriminating if we leave no space or reason for them to discriminate. There’s no reason not to respect women or give them the equal rights they deserve, but going beyond equality will only result in another misbalance of peace in the long run.

It could lead to some caring women coming up with another movement (Menism maybe?) to help get men their due rights, and that means a never ending the conflict between 2 genders that are supposed to live with love and harmony.

What’s the right way of doing it?

There are a lot of other productive ways for women to empower and rank themselves higher and stronger in the society. Like traveling alone can help women empower themselves, which not only boosts their confidence and ability to perform tasks on their own but also improve their image as strong and independent members of the society. Cassandra de Pecol, the first woman to travel to all 196 countries in just 18 months, is one of the many examples that you can look up to.

Please know that I respect and stand by all the deserving and innocent humans around me, and you’re not bound to believe in or follow my opinions, but please do give it a rational thought.

Help your fellow earthlings make this world a better place, stand with humanity, not just one gender!

On the lighter note: 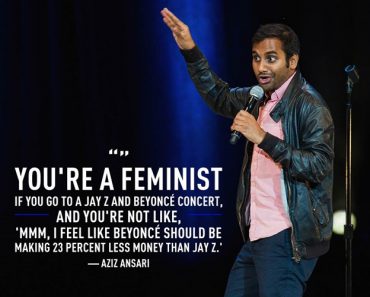 Muhammad Aaqib Arain is a Digital Marketing Trainee at Gaditek (Disrupt). He loves to travel and share his experiences through his tavel blog, talk about technology, gadgets, and cars, and wants to make a social and economic impact. He is a firm believer of optimism and positivity.

Here’s Why You Do Not Have To Lose Faith In Allah After You Have Graduated!
The 8 Things That Will ALWAYS Happen In A Desi Family Gathering!
To Top