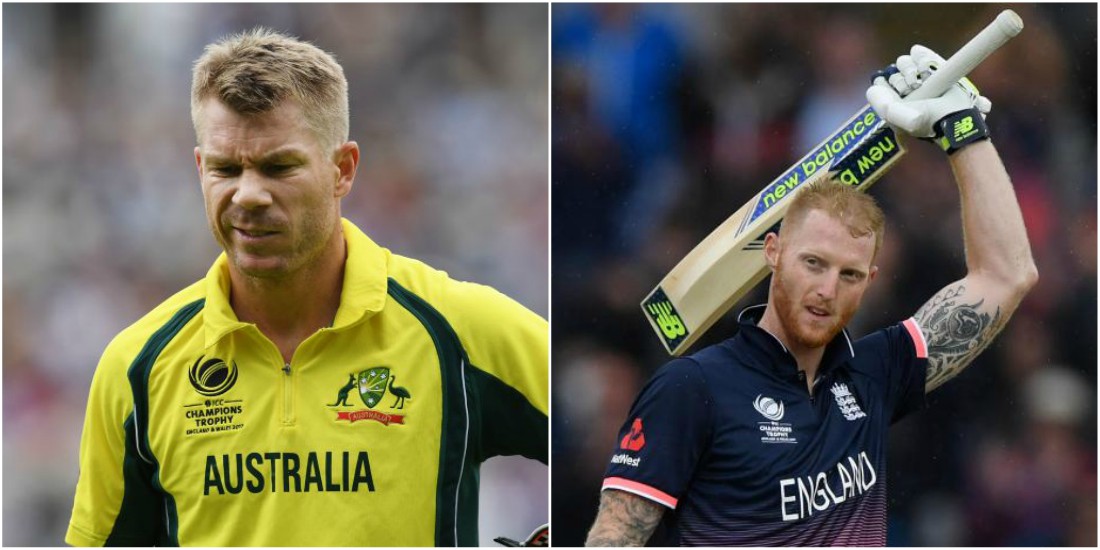 At Edgbaston, England skipper Eoin Morgan won the toss and had no hesitation in bowling first in the overcast conditions at ECG. Both the teams remained unchanged in their final group match. Towards the first half of the innings, Australia set a total of 277 runs for the loss of 9 wickets with left-handed batsman Travis Head being the highest run scorer with 71* runs followed by captain Steve Smith and opener Aron Finch who made 56 and 68 runs respectively.

But it was the entire England team who remain unbeaten in all their three matches. England team were terrific in all three the three formats of the game i.e. batting, bowling and fielding. 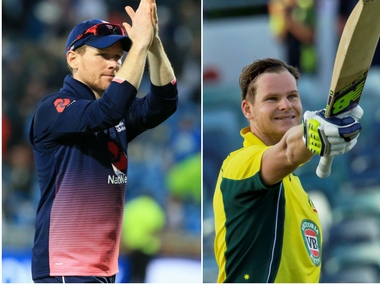 The English Lions successfully scored 240-4 in 40.2 overs when the rain started again in Birmingham. England was, therefore, declared the winner of the night by 40 runs by DLS method. With England’s victory Australia was knocked out of the Champions Trophy 2017. Australia really had hard luck throughout the tournament.

Their first two matches were washed away by rain although they were winning against Bangladesh it was too affected by rain and both the teams shared each point. Well, talking about the winning side who successfully thrashes out their old rivals; England also started well in their innings. They were 35-3 at one stage. But as mentioned earlier they completely outclassed in all the three formats so here are some top performances of the players from yesterday’s match: 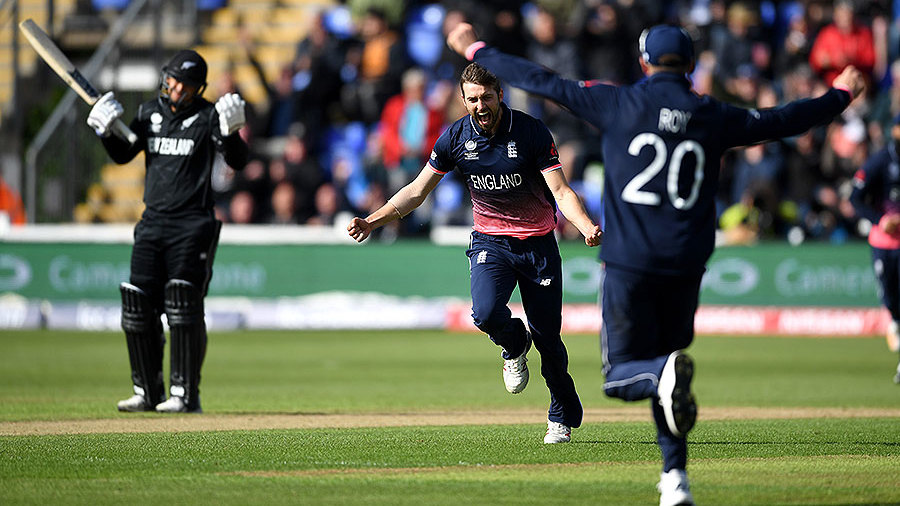 The right arm fast Durham bowler dismissed 4 Australian batsmen. He was exceptional in his bowling. In his 10 overs, he took 4 wickets for 33 runs in which he also bowled one maiden over too. Wood’s first attack was the opener, David Warner. In the 7.2 over on Wood’s ball Warner tried to glance it to the leg side but gets an outside edge and the ball goes straight to Jos Butler.

Not only this, Mark Wood make things more easy for his team by dismissing Australian skipper Steve Smith in the 32.1 over. Smith produces his 17th ODI fifty. Smith was caught on mid-off by Liam Plunkett. The dangerous hitter Maxwell was also dismissed by Wood as he glides it to third man for a single. Adam Zampa, the spinner was bowled for a duck in 46.4 over. Mark Wood’s 4-33 are his best figures in ODIs. 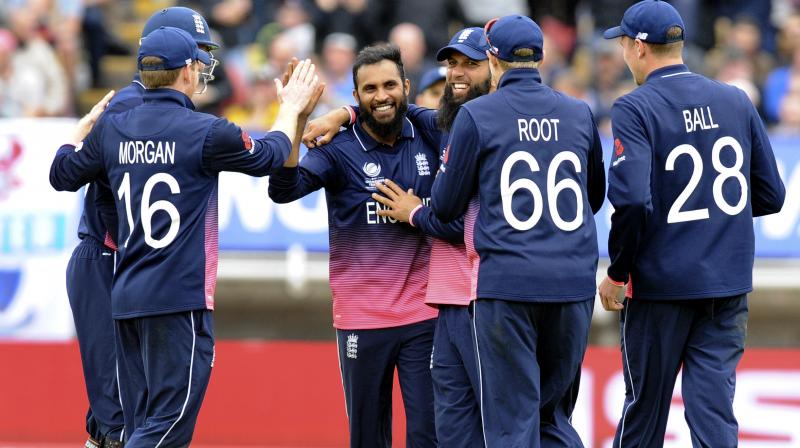 It was not only Mark Wood who restricted Australia from getting a huge total but also the leg-spinner Adil Rashid. Rashid also took 4 for 41 runs. From the start when he was given the ball he was successful in making the Australian batsman under pressure.

His several appealed were also denied by the umpire but finally, he managed to dismissed Moises Henriques on the score of 17. His other soft and smooth dismissal include wicket-keeper batsman Matthew Wade, Mitchell Starc, and Pat Cummins. With Rashid’s four quick wickets it seemed that the Kangaroos were falling like cards. 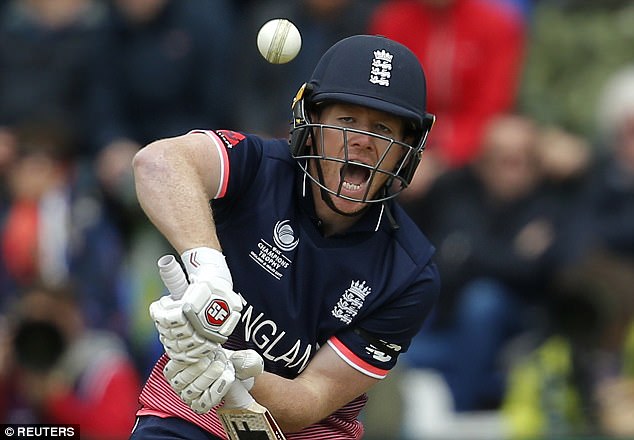 Captain Eoin Morgan walk on the field when his team was facing a tough time in the form of bowler Starc and Josh Hazelwood. First Root and Morgan tried to build up a partnership and release some pressure but after Root’s departure, the captain himself along with Ben Stokes makes the target much achievable. Eoin Morgan beautifully batted in those conditions. He scored 87 runs off 81 balls.

He structured 8 fours and 5 massive sixes in his innings. Morgan was just 13 runs short of his yet another century against the Aussies when in an awkward situation he was run out by Adam Zampa. Both Morgan and Stokes putting on 159 in 26.1 overs. It was a captain’s innings by Eoin Morgan. Not only this but Eoin Morgan has hit more sixes in the Champions Trophy than any other player too. 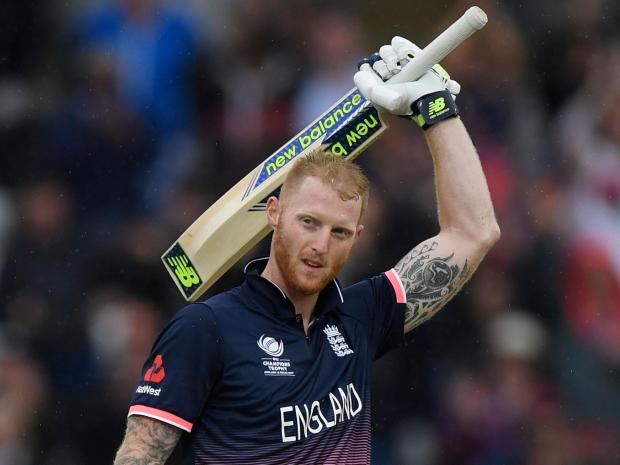 After those consecutive sixes in the WT-20 final against the West Indies Stokes consistency in his performance earned him much. Ben Stokes cracked his third century in yesterday’s match. He smashed 102* runs off 109 runs. His blistering innings included 13 fours and 2 sixes.

He was also keen on picking up one crucial wicket of dangerous Aaron Finch. Eoin Morgan and Ben Stokes stand at Edgbaston is the highest fourth-wicket stand for England against Australia in an ODI since Allan Lamb and Derek Randall put on 139 at the MCG in 1983. 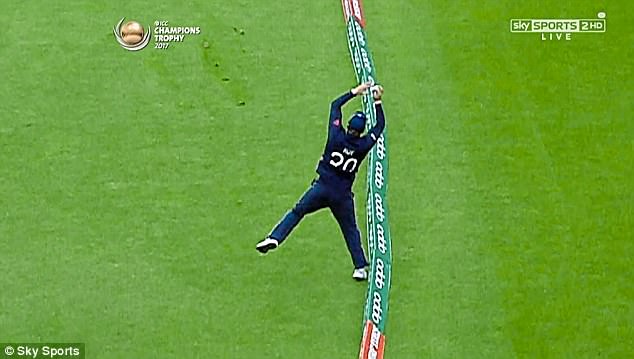 The young talented opener, however, isn’t much good time with the bat but yesterday his stunning catch of Maxwell was just fabulous. Roy on Wood’s ball took an extraordinary catch at deep mid-wicket, catching the ball high above his head and then throwing it up as he gobsmacked across the boundary before stepping back to catch it again inside the rope.

England is top of group A followed by Bangladesh. They are the most favorite for this tournament. Team England will either play Sri Lanka or Pakistan in the semi-final at Cardiff. If they continue to perform in the same way then the day is not so far when they are going to lift the ICC Champions Trophy 2017.

This Girl From Lahore Was Harassed In Broad Daylight And How It Happened Is Awful!
Khushiyon Ka Dabba – These Friends Have Taken an Initiative to Help Orphans This Eid
To Top