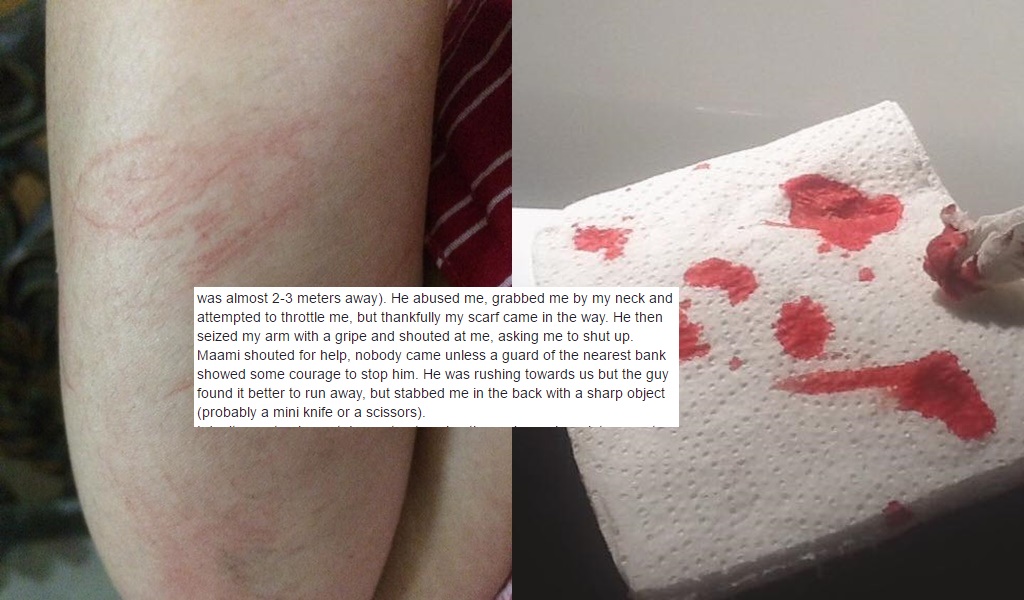 A Predator – an animal that ‘naturally’ preys on others. A person who ruthlessly exploits others. Deny it or not, this unfortunate reality is present in each on of us. How we exploit it may vary, but the truth, it doesn’t.

Once in a lifetime, every individual has been in the debate of ‘all men are trash‘ – a relevant concept…which “varies” person to person. Ask us to generalize it we will be glad to do it because there are many, countless men who abuse their power, the status of being “a degree higher than women”.

Similar to this is what happened with Iqraa Asif, a girl from Lahore. How she narrates her story speaks at large – she shares how she is a hijabi and she was wearing nothing which could’ve “provoked” the predator in this vile human being.

Note: Iqraa requested not to share her images and therefore, they have been excluded from the article.

“It’s something that is nothing big, but i still want to say it.
They say women provoke them, what could possibly provoke them to a hijabi with all her body covered (properly)? They say we, men, protect women, then why did they all see it happening and only one had the balls to come forward/protect? They say it’s not safe for women to stay out after seven, then what made it happen under the shiny sun at 4?
So, this happened this evening in between 4-5pm, when I and my Maami (along with her toddler ) went to Y-block DHA . She was paying to the Uber guy when a man (I presume he was in his early twenties) advanced towards me and tried to push me forward wanting to put me in his car (that was almost 2-3 meters away). He abused me, grabbed me by my neck and attempted to throttle me, but thankfully my scarf came in the way. 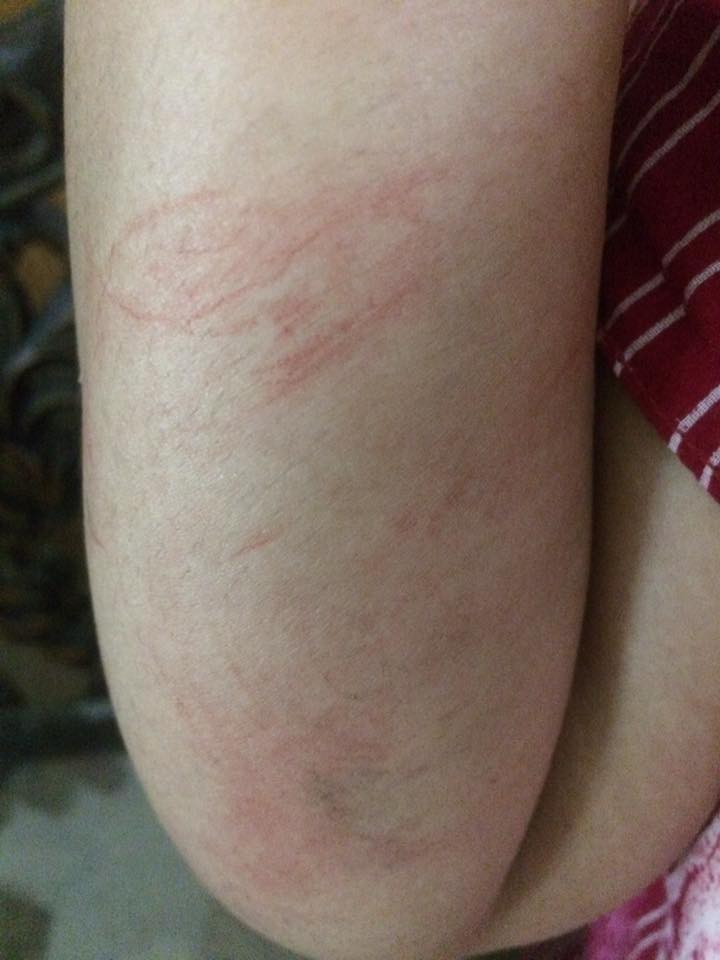 He then seized my arm with a gripe and shouted at me, asking me to shut up. Maami shouted for help, nobody came unless a guard of the nearest bank showed some courage to stop him. He was rushing towards us but the guy found it better to run away, but stabbed me in the back with a sharp object (probably a mini knife or a scissors).
I don’t regret going out, I regret not seeing the car’s number plate, or not doing anything in my defense except scratching his arm with my nails. And I feel sorry for all the men who saw this happening but did nothing. Shame.
To every woman reading this: please
1- Always carry a perfume /deo/ pepper spray for your safety.
2- Along with a sharp object. Be it any
3- And a scarf if you are travelling in commercial transport. If he tries to do anything wrong, put the scarf around his neck and tie it firmly to the seat of the car.
4- As soon as you have booked the car message with the tracking link to a friend or family member keep 2 people in case one of them is busy or asleep. 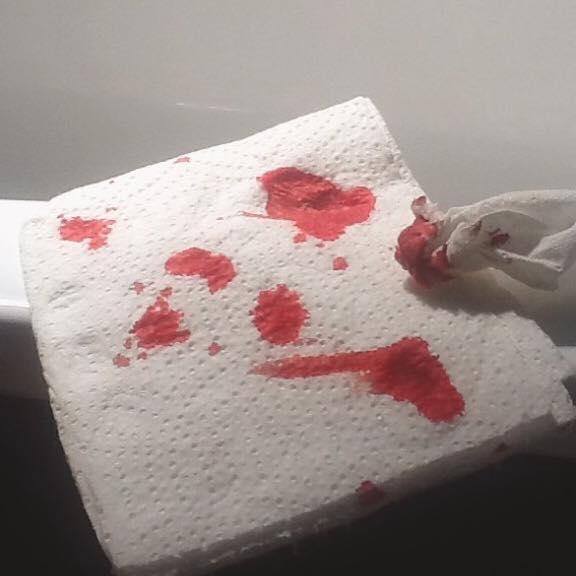 To every man saying ” The clothing of a woman provokes us” or “women should better stay at home”; This is for you;
Born and bred, ridiculed and mocked
Loved and hated through it all
Pleased to serve, no matter what
That is how women are formed
Freedom of speech, maybe yes
Freedom to travel, Oh! No, no!
“Unsafe are you, listen – your benefit is in”
No one asked what are they unsafe from
Religion only speaks about women, nah?
Did it forget to mention men are punished, too?
Of course, no one noticed
Religion commences and ends from women to women alone
Aren’t women still looked down upon?
Aren’t women still just an article of trade?
Desire fulfilment is all that is left
What are the rights? Long forgotten
Dresses provoke – every apparel thus inappropriate
I find your face inappropriate, young man!
May I break it just like you broke our souls?
Wish it worked both ways
Powerless, weak and strengthless are women called
What defines power nobody knows
Successful or unsuccessful, a matter of shame
Unless it is man who does it all
Home is her boundaries defined by them
Them who never stay, never stay within the boundaries at all
Car keys, car and there they go
Who made them rule the world I want to know
Does fault lie within us?
Snake bites a man, who should be killed?
Do you stop and hide for the rest of your life?
Why must we then?

While speaking with Parhlo, here’s what Iqraa had to say:

“After it, all happened. I tried to get the CCTV video. They said that the CCTV in front of the car, and even on the sides weren’t working. The bank was a little far, it must not have captured it. But the rest must have if they were ‘working’. The people there, saw the number plate, did not tell. Because they clearly did not want to get into any sort of trouble. Lastly, the police man ended the day with ‘rape huwa tou nahi na? Attempt hi thi’ as if he was waiting for me to get raped and complain. I have had enough yesterday, I am so disappointed with the people here. Adding to this, mamu asked me to let it go and stay at home. He’s a ‘man’ too after all!

And adding a little more, all they care is about ‘not all men are same’. I’m so disappointed that people didn’t help. spectators acted as if I deserved what I was getting. 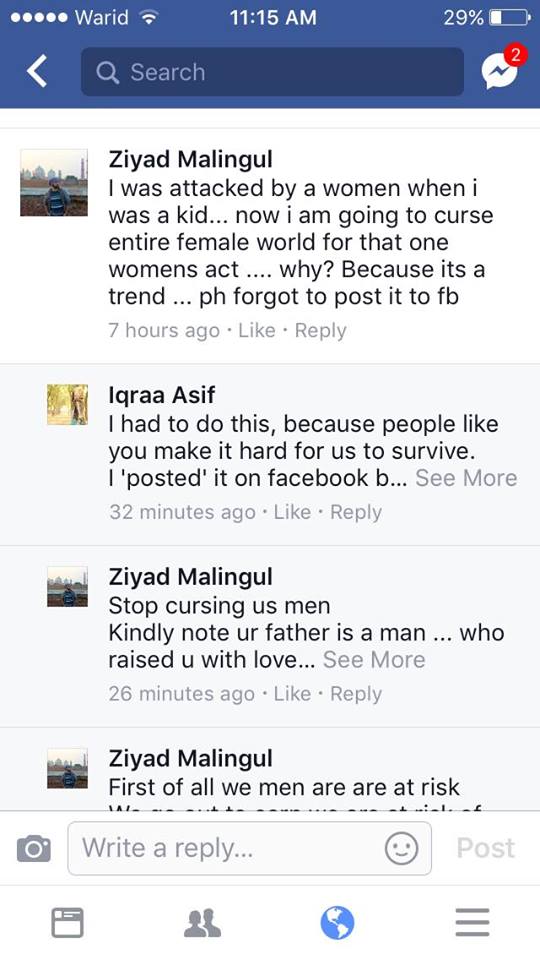 Moreover, a lawyer and a social worker from Karachi, wanted me to talk about it on women’s action forum Lahore, but my family asked me to let it go and stay out of it since not a single spectator supported me. Even my maami did not and asked me to let it go. ‘Ye Pakistan hai yahan ye sab chalta hai.’

It is ironic how people who do these acts get away with everything and in the end, it is the fault of the victim. There are many out there who face these situations but do not talk about it. More power to girls like Iqraa who had to face these imbeciles.