Story Of Saba; The Girl Who Called From Her Grave! 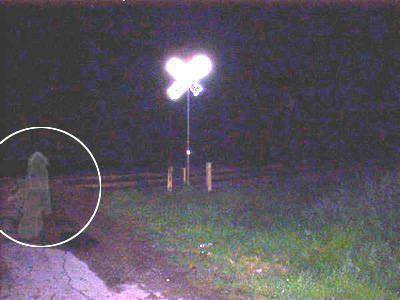 This is a real story of a young college girl who passed away last month in Karachi.

Her name was Saba. She was hit by a truck.

This is a real story of a young college girl who passed away last month in Karachi.

Her name was Saba. She was hit by a truck.

She worked in a call centre.

She had a boyfriend named Shahrukh… true lovers… They used talk for hours on the phone.

You could never see her without her headphones on.

Infact she also changed her connection from Ufone to Zong, so both of them could be on the same network, and save the cost.

She used to spend half of the day talking to Shahrukh.

Saba’s family knew about their relationship.

She also said the same thing to her parents.

After her death, people weren’t able to lift her body.

A lot of them tried to do so but still couldn’t, everybody tried to carry the body, the result was still the same.

Eventually, they had to call a person, who knew how to speak to the spirits/ souls of dead people…

He took a stick and started speaking to the dead soul slowly.

After a few minutes, he said “this girl misses something here.”

As per her desire, they placed her phone & SIM card inside the casket, then finally they tried lifting the body.

It was easily lifted and so they were able to put it into the van easily.

Saba’s parents did not inform Shahrukh that Saba had passed away.

After he came, they told him the truth about Saba.
Shahrukh thought, they were all fooling him.

He laughed and said “Don’t try to fool me – tell Saba to come out, I have a gift for her. Please stop this nonsense”.

Then they showed him the original death certificate.
They gave him proof to make him believe. (Shahrukh started to sweat)

He said… “Its not true. We spoke yesterday. She still calls me.
Shahrukh was shaking…

Suddenly, Shahrukh’s phone rang. “see this is from Saba, see this….”

He showed the phone to saba’s family.

All of them asked him to answer.

He talked using the loudspeaker mode.

All of them heard his conversation.

Loud and clear, no cross lines, no humming.

It is the actual voice of Saba & there is no way others could use her sim card since it was in the coffin.

They were so shocked and called  the same person (who spoke to the souls of deal person) to help them.
He brought his master to solve this matter.

He & his master worked for 5 hours.

Wherever you go, our network follows!!!

Don’t be angry on me, I am also looking for the person who sent me this post…

Also See: 12 Things That Are Bound To Happen When You Fall For For Your Best Friend