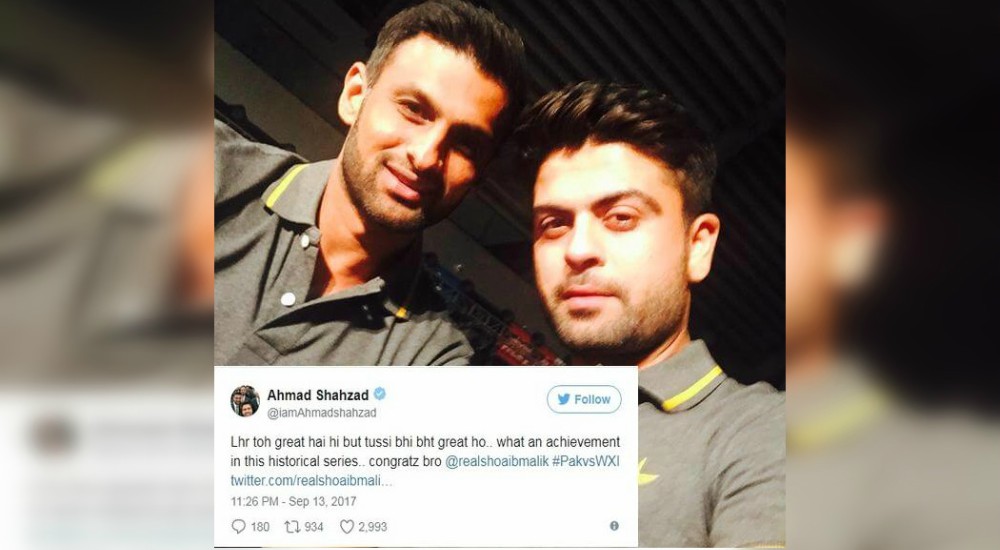 Last night’s game between Pakistan and World XI was as exciting as it could get. Great cricket was shown by both sides that lead towards a nail biting finish which the World XI finally won. There were some brilliant performances, especially from Amla and Perarra. This was the kind of cricket that Pakistani crowd was desperate to see and this was no less than a dream for them to see these big names play in front of them. Among these dreams, Shoaib Malik said something to Ahmad Shahzad we all dreamed about. Malik went savage.

Shoaib Malik became the top run scorer in T20s for Pakistan after the last match and Ahmad Shahzad just wanted to be a nice teammate and congratulate Malik. But things really didn’t go as Shahzad would have thought. See:

Yes, let’s hold on for a minute! Just leave your phone or laptop, stand up and give Shoaib Malik a standing ovation for this beautiful reply. Malik really went savage. And this is actually what we all feel towards Ahmad Shahzad. We really want him to perform and give us a chance to call him great as well.

Shoaib Malik is all of us. https://t.co/BToU7rB2m1

He literally said what we wanted to. Malik is the voice of our hearts.

This gif is the correct representation of our feelings. We really need to thank Shoaib Malik for this actually.

Can we just give Shoaib Malik the award of the best troll of the month? Or the most savage Pakistani cricketer on the internet this month? Malik deserves this. But keeping this friendly banter aside, Ahmad Shahzad really needs to perform and prove what he is capable of. Well, beautiful selfies we know is one of his talents but we are talking about his capabilities with the bat.