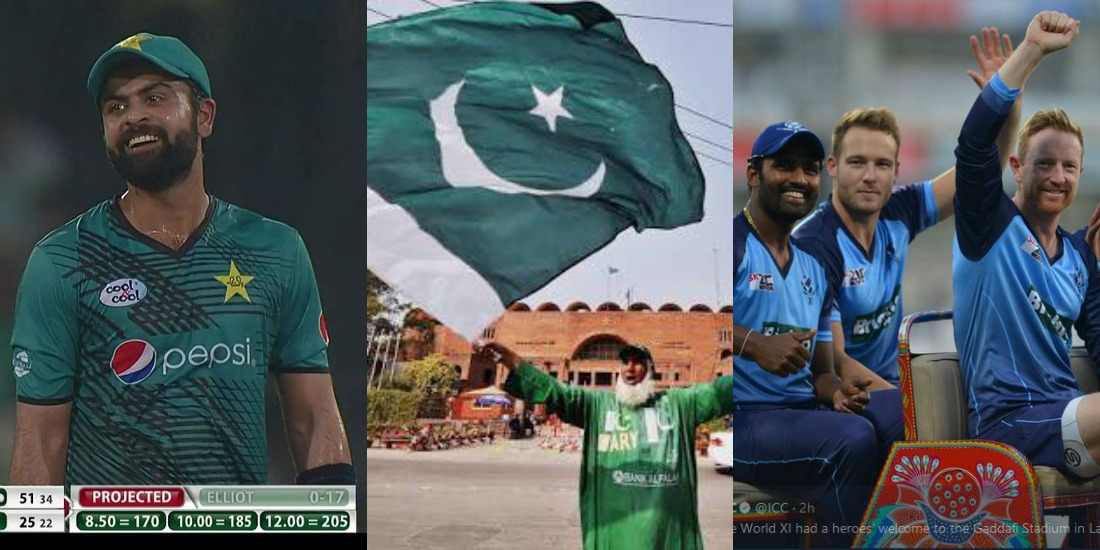 After a memorable and historic PSL final, cricket is back once again in Pakistan. This time, instead of one club battling it out against the other one, its Pakistan against the whole world. Yes folks, Pakistan shall play three international T20s against a World XI side in what is being called the Independence Cup. Matches that are to be played in Lahore’s Gaddafi Stadium, will take place on September 12, 13, and 15, with one match already being played right now. People have expressed their joy on social media as cricket is one sport that has been engraved in the DNAs of Pakistani citizens.

How Cool Is It That The Guests Entered Stadium In Rickshaws?

The World XI had a heroes’ welcome to the Gaddafi Stadium in Lahore #PAKvWXI pic.twitter.com/oPAAc3B8nU

Rickshaws were modified and decorated for the guests in which they would enter the field. This marks the upholding of the culture of rickshaws that have been ever-present in Lahore.

Michael Vaughan Had Something To Say About This Occasion

Fantastic … The passion for Cricket in Pakistan is wonderful … https://t.co/lWthvCBVrF

Someone Tell Them We Relive Every Moment of Pakistan’s Cricket

Give pakistani players more matches at home and they will become better player than kohli and amla. Look at babar azam

Cricket Is Back In Pakistan, We Will Celebrate Either Way!

Pakistan’s last international match couldn’t have gone much better – will they be celebrating again tonight in Lahore? #PAKvWXI pic.twitter.com/vOL1fLAqXd

No matter where I am in Pakistan, everywhere feels like home! Lahore, You are just beautiful #PakVsWXI

The World XI series is a reminder that terrorists will never win.

It is always a purely patriotic feeling when international or any top level cricket is being played on the Pakistani soil. Our salute is to the tremendous efforts of all security forces combined, including the intelligence agencies and the government who have worked together to bring this amazing sport in Pakistan. It is only a matter of time till it spreads out in the other cities as well!

[QUIZ] – Which “Zindagi Gulzar Hai” Character Are You?
According to Islam, these are the Easiest ways to let go of Your Sadness
To Top