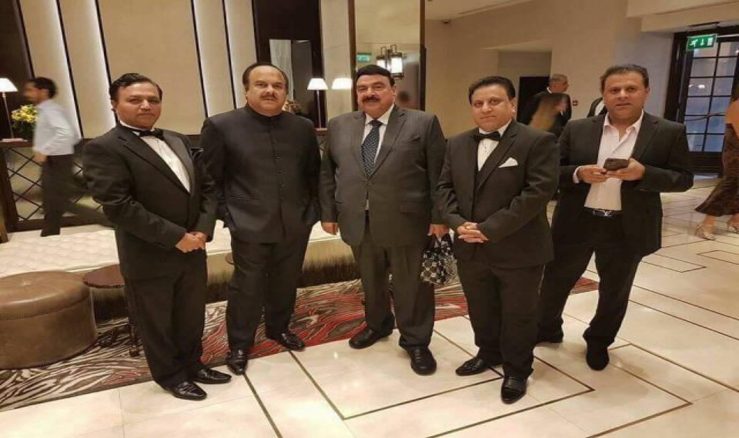 Sheikh Rasheed has stormed the headlines once again. Most of the time, we see him making headlines for his epic rants or when he’s indicted by a scammer of owing some money or just when somebody captures a priceless pose of him.

How does Sheikh Rasheed-breaking-stereotypes sound to you? The politician has touched all sorts of popularity and every now and then, it can be expected of him to do something out of the blue.

Lately, a picture of the politician carrying a handbag surfaced on social media… Swag on point!

I am sure you could not go without noticing his handbag. People are already saying why is he holding a women’s handbag. I think when you are Sheikh Rasheed, you are automatically invalid of such an argument.

You can be cool; but can you be Sheikh Rasheed-Ahmed-rocking-this-handbag-on-suit-cool?

People are talking about it!

See guys, all the talk of “breaking stereotypes” on media. The renowned politician took it a really bold and confident move carrying such a bag. My word, can you guess what brand is it? Gucci, Louis Vuitton, Hermes?

No matter what you think, it actually goes well with it. I guess, you only have to be Sheikh Rasheed to pull off such an appearance.

A Young Boy in Punjab is Killing it with his Brilliant Phone Photography Skills!
Shoaib Malik’s Savage Reply to a Tweet by Ahmad Shahzad Has Totally Won the Internet!
To Top