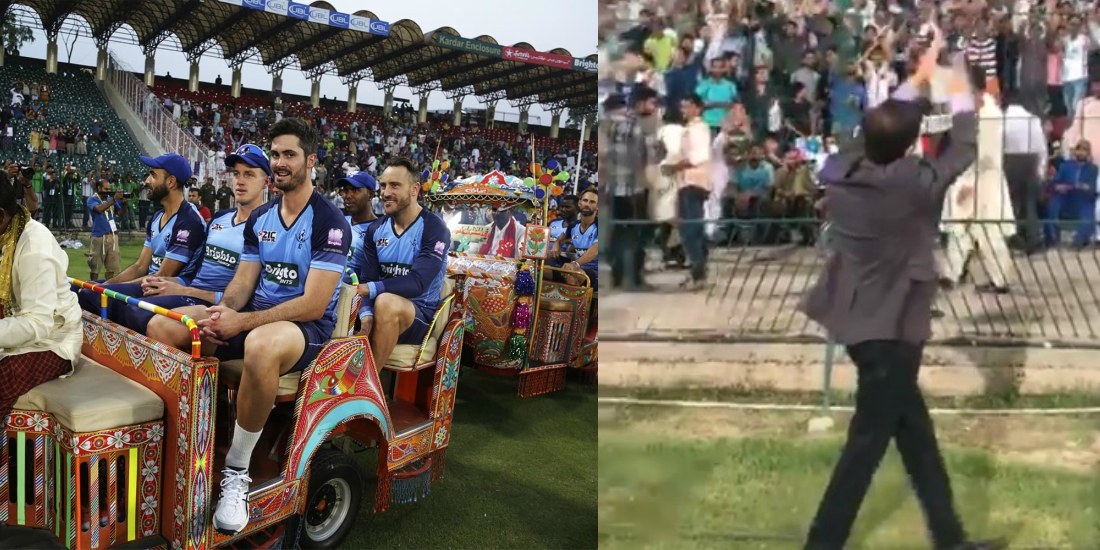 For the past few days, Lahore has been magical. And why should it not be? It was hosting something that Pakistanis were so desperate for. Something that this nation waited for so long, the return of international cricket in Pakistan. World XI visiting Lahore for a 3 T20 match series was a treat for cricket lovers in Pakistan. It seemed like a dream for Pakistanis, seeing top class players performing in their country. There were some amazing moments in the Independence cup and the end of this series marked a new beginning.

It all started with the World XI team sitting in their decorated rickshaws and taking a round of the stadium. The crowd went crazy welcoming these heroes in their country!

The whole nation was ready to welcome all these international cricket stars and watch them play. Gaddafi Stadium, Lahore, was packed with cricket lovers waiting for their team to play against the likes of Amla, Faf, Miller, Elliot, Bailey and many more. 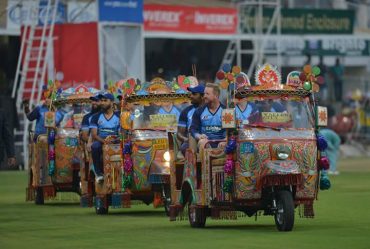 The second match was a thriller that went till the last over. Amla and Perera’s heroics lead the World XI to their victory. And it was the kind of cricket that this nation deserved.

What a shot that was!

And after the defeat, Pakistan came back strongly and won the third game. And the best part about it was Ahmad Shahzad’s 89 which seemed like he had taken Shoaib Malik’s tweet to his heart.

And Sammy once again was a star.

ALSO SAMMY IS AMAZING. ASKING THE CROWD TO CHEER AND WHENEVER WE WERE HITTING FOURS AND SIXES HE TURNED TOWARDS US MAKING A SAD FACE. ?

But one of the most amazing things about this series was that this nation got to see their heroes for one last time. Misbah and Afridi did their lap of honor in the traditional rickshaw and the crowd went crazy.

This was unreal. The whole stadium shouting Afridi's name. This nation's love for him is unmatched no matter what. pic.twitter.com/YEQqsLkAbQ

The scenes were unreal, thousands of people shouting Afridi’s name. This guy’s stardom is unmatched.

And King Misbah was there too.

And this man is a star. He is just too precious.

Appreciation where due. The Punjab police ensured a safe and secured event despite all the security threats. They did their job so well that Sammy said that he has never felt safer.

This series was something that this country deserved and we showed how much we loved cricket. Gaddafi stadium packed and buzzing, the country got what it wished for. We hope that this series opens ways for more international matches in future.

Urwa Hocane Threw an Amazing Birthday Party for Husband Farhan Saeed in London and OMG!
Here’s All You Need To Know About the Anti-BlueWhale App Developed by a 18-year-old Pakistani
To Top