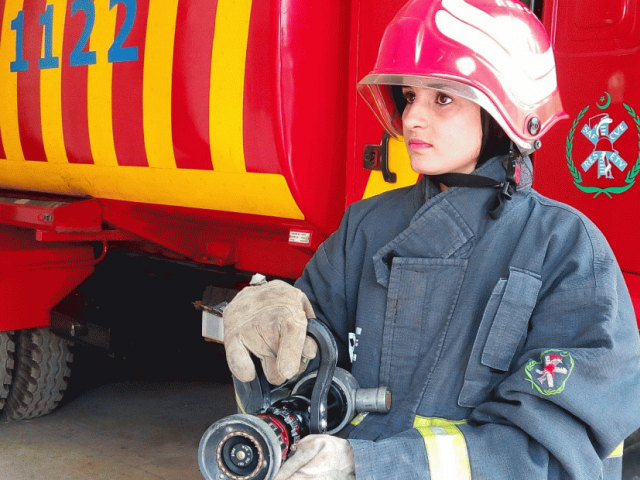 The small town girl has made the nation proud by becoming the first ever firefighter of Pakistan and most probably in Asia. Shazia Parveen, 25, is the first female firefighter of rescue unit 1122 in Vehari, near Multan, Pakistan. Fighting the flames with men twice her size and age, Parveen, the daughter of a retired army officer, lives in Karampur, and shares a house with eight siblings. Fighting against all stereotypes and critics, the brave girl has been saving lives since 2010.

The journey to becoming the first ever female fighter wasn’t an easy one. Shazia had to go through grueling training sessions for seven months with Punjab Emergency Services. She trained to swim, jump, and rescue with the help of ropes 300 ft up and down the ground. Many male co-trainers left the exhausting training but Shazia, with sheer determination, continued on to become the only one candidate who got selected to be a professional firefighter. 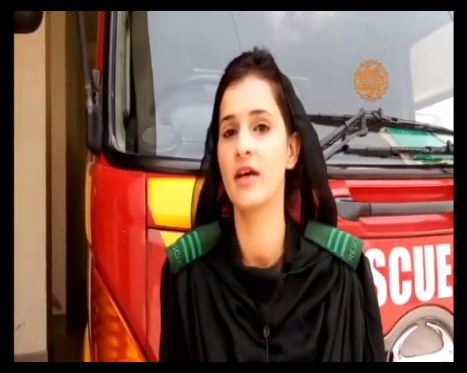 Rescue 1122 claims that Perveen is the first female firefighter in Pakistan, and perhaps in all of Asia.

Whatever Shazia is doing very inspiring for other women from other fields of life, it shows us that women are capable of achieving anything even in a society like ours. We wish Shazia all the best for the future!