Sania's Sister Anam Is Marrying Azharuddin's Son And Mirzas Are Really Excited About It! - Parhlo 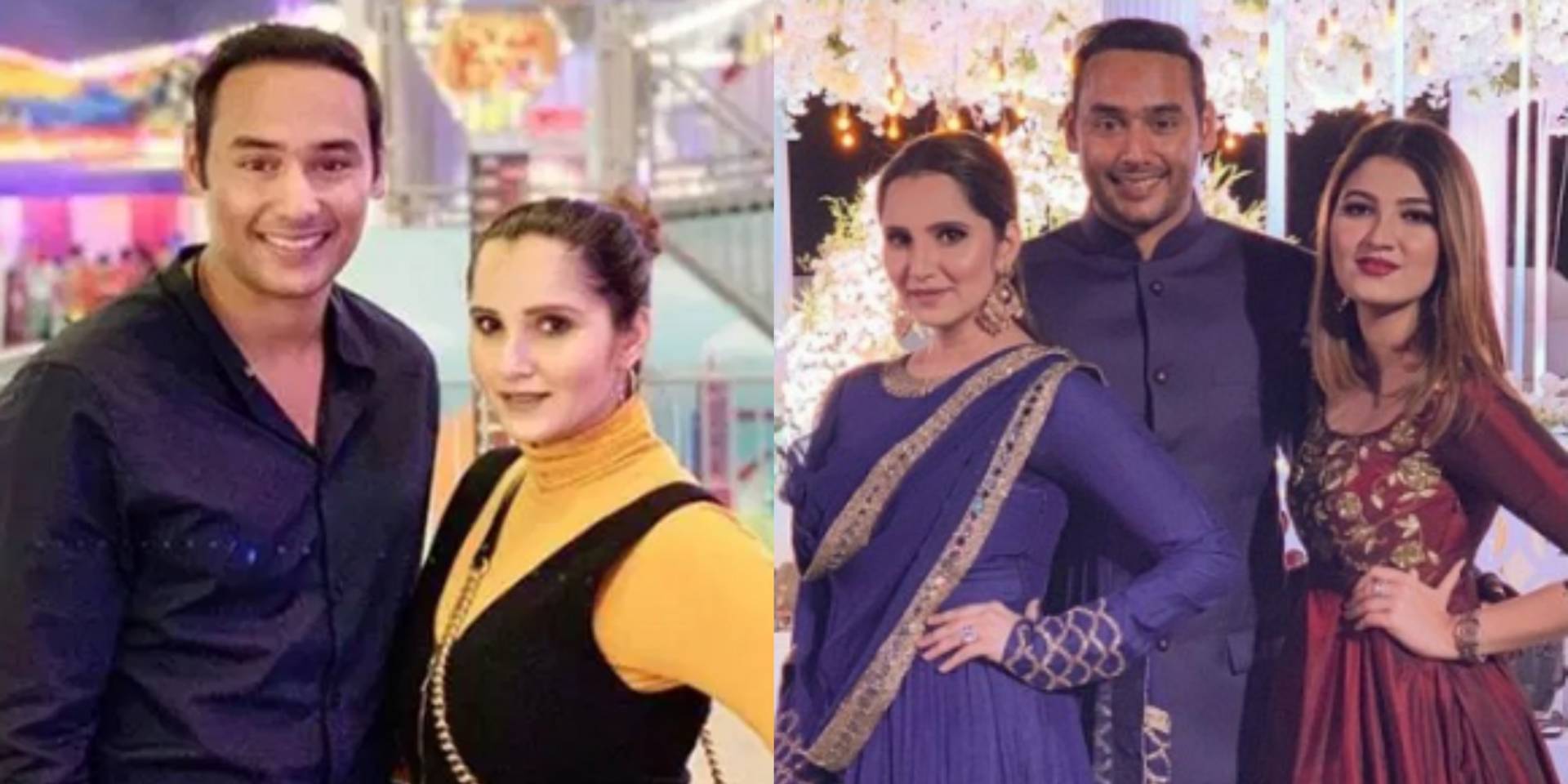 There’s some wave of weddings going on in the World this year. Every celebrity is getting married one after the other. In fact just recently two Pakistani cricketers Hasan Ali and Imad Waseem got hitched. They were both adored quite a lot. Well, there’s another wedding coming our way. Sania Mirza’s sister Anam Mirza and Mohammad Azharuddin’s son Asaduddin are getting married.

It wasn’t much of a shock for everyone as the rumors of it had already been taking rounds. Sania just did us a favor of confirming it.

Mirza announced that her baby sister Anam and Asad are getting married pretty soon in December. And they have already had her bachelorette trip.

“She is actually getting married in December. We just came back from her bachelorette trip to Paris. We are really excited.”

The sister of the tennis star isn’t into sports like Sania she is a fashion stylist.

People got started with the rumors of Asad and Anam’s wedding when Sania Mirza posted a picture with Asad captioning it “Family”. Sania also mentioned that Asad is a lovely boy and she is excited about the wedding.

“She is marrying a lovely boy. His name is Asad and he happens to be the son of Mohammad Azharuddin and we are really excited about it,” Sania was quoted as saying on Saturday.

Anam following the steps of her sister is also marrying a cricketer. The first wedding was a very loving and successful one. Looking ahead we are positive that this one will be as equally sweet as Sania and Shoaib’s wedding which happened back in 2010.

The couple is very supportive of each other always standing by one another. Sania has often revealed how possesive she is about Shoaib. They are also blessed with a baby boy.

Asad and Anam have been dating each other for a while and are now set to get married in December. This eventually means another Mirza ‘bhabi’ for the cricket world. One on this side of the border and one on the other.

Sania is really happy for her sister who is starting a new phase of her life after the divorce. Previously she was married to Akbar Rasheed, a Hyderabad-based businessman since 2016. But then split up with him last year for unknown reasons.

Anam is sharing pictures from her bachelorette trip on social media and she looks super happy with her girl gang.

She also shared one from her what looks like a bridal shower wearing a pretty adorable pink ballerina dress.

The previous wedding of Anam Mirza was a grand and star-studded one. We wonder how grand this one is going to be. She seems happier than ever.

All good wishes to the about to get married couple!

This Police Officer’s Niece Stopping Him From Going To Work Before His Shahadat Is Heartbreaking!
Twitter Reacts To Sajal Ali’s Spectacular Acting In The Drama ‘Alif’!
To Top