The most tragic news of 6th May 2020, comes from the Indian Occupied Kashmir. As stated by the Indian media, Chief of Hizbul Mujahideen and Kashmiri Freedom Fighters, Riaz Naikoo has been martyred.

According to reports, Riyaz Naikoo was slain inside his village in Pulwama, Indian Occupied Kashmir. Riyaz was the son of a tailor in his village, coming from a very humble background. He had a degree in mathematics and also taught the children of his village in their school.

Riyaz, like many, lived a normal life in Kashmir. That, before the Indian army, started treating the people of Kashmir like animals. All because they were Muslims and wanted sovereignty or siding with Pakistan, instead of India. In 2010, when a young boy from Kashmir was killed, Naikoo was first seen protesting for him. As a result, he was arrested by the Indian Army and subjected to torture. 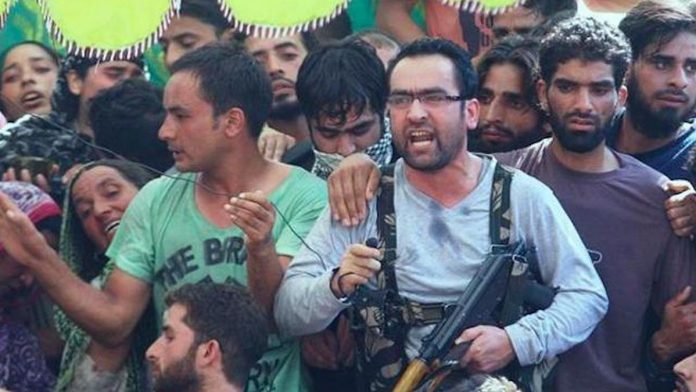 After seeing no change in the fate of his poor brethren in Kashmir, Riyaz opted to pick up the gun. In 2017, after the death of Hizbul chief Burhan Wani, it was Riyaz Naikoo who took over as their Chief.

For 3 years, Riyaz worked hard to give his people their rights. The Indian Army was so scared of Naikoo and what he was capable of, they surrounded his village from kilometers away. Moreover, underground paths and tunnels were dug up to stop Riyaz from escaping. Such was his fear that it took more than 100 Indian Army personnel to take his life.

The Indian Army had placed a bounty of Rs. 12 Lac Indian rupees on Riyaz Naikoo’s head. He was not involved in any malicious activity, as to what the Indians can prove. Riyaz’s death will now be used as a banner of huge success by the Indians. However, it is in fact, a truth, that it took the whole Indian Army 8 years to find him.

It is also being said that it was Riyaz who reignited the spirit of paying tribute to fallen Kashmiri brethren, who got Shahadat fighting for the rights of their people. Naikoo’s tragic death might not the best time for Kashmiris, but just as before, they will continue their struggle.

Every time the Indian Army takes the life of a Kashmiri leader, 10 others emerge from the ashes. It is high time that the UN and the rest of the world overworked the Indians for their atrocities in Kashmir. One day, Kashmir will have its