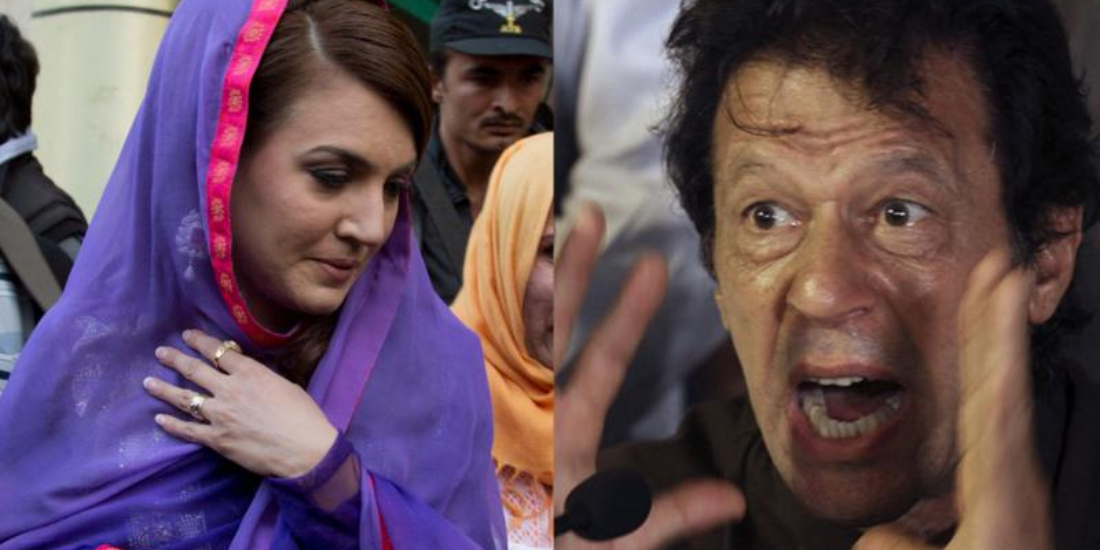 For those of you living under a rock, Pakistan’s General Elections were yesterday. Imran Khan’s party, Pakistan Tehreek-e-Insaf, is in the lead and has gotten majority of the votes. PTI supporters everywhere are happy, and not without cause. All of you had a busy day with going out to vote. But do you know who was even busier? Reham Khan. Tweeting.

The ex-wife to the future Prime Minister (tentative) hit a record high of activity on Twitter, posting and retweeting about the elections throughout the day.

Omg the ladla will boycott you @BBCNewsnight He is the PM select https://t.co/hyjoGUhhJS

From allegations of rigging to interference by “the establishment”, Reham left no stone unturned in while on her Twitter frenzy.

Too many good tweets on a shameful act https://t.co/YFXoU6cSIH

This is why I said what I did.
Taking off masks sooner than needed https://t.co/hdS9dNRrDE

This is the secular corporate brains of the PTI ? https://t.co/CSOTbv3BU6

People on Twitter did not take kindly to her posting at all. Reham faced all sorts of comments (and always has) that were personally targetted by people.

@RehamKhan1 its too late for you!! U must sleep coz tomorrow u need to start writing another book “Kash mai Imran khan ki biwi rehti” ??

These are just a fraction of the comments she received. Instead of logically countering her arguments, people starting attacking her character. Which isn’t unexpected, because she’s been attacking Imran Khan’s character for ages too. Including the famous  “kaali daal” incident.

But just because someone does something, will you fall to their level as well? Logical arguments are what make you better than those who don’t because you’ll have proof to back yourself up.