Poor Kids on the Road and a Rich Karachi Guy in a Convertible: 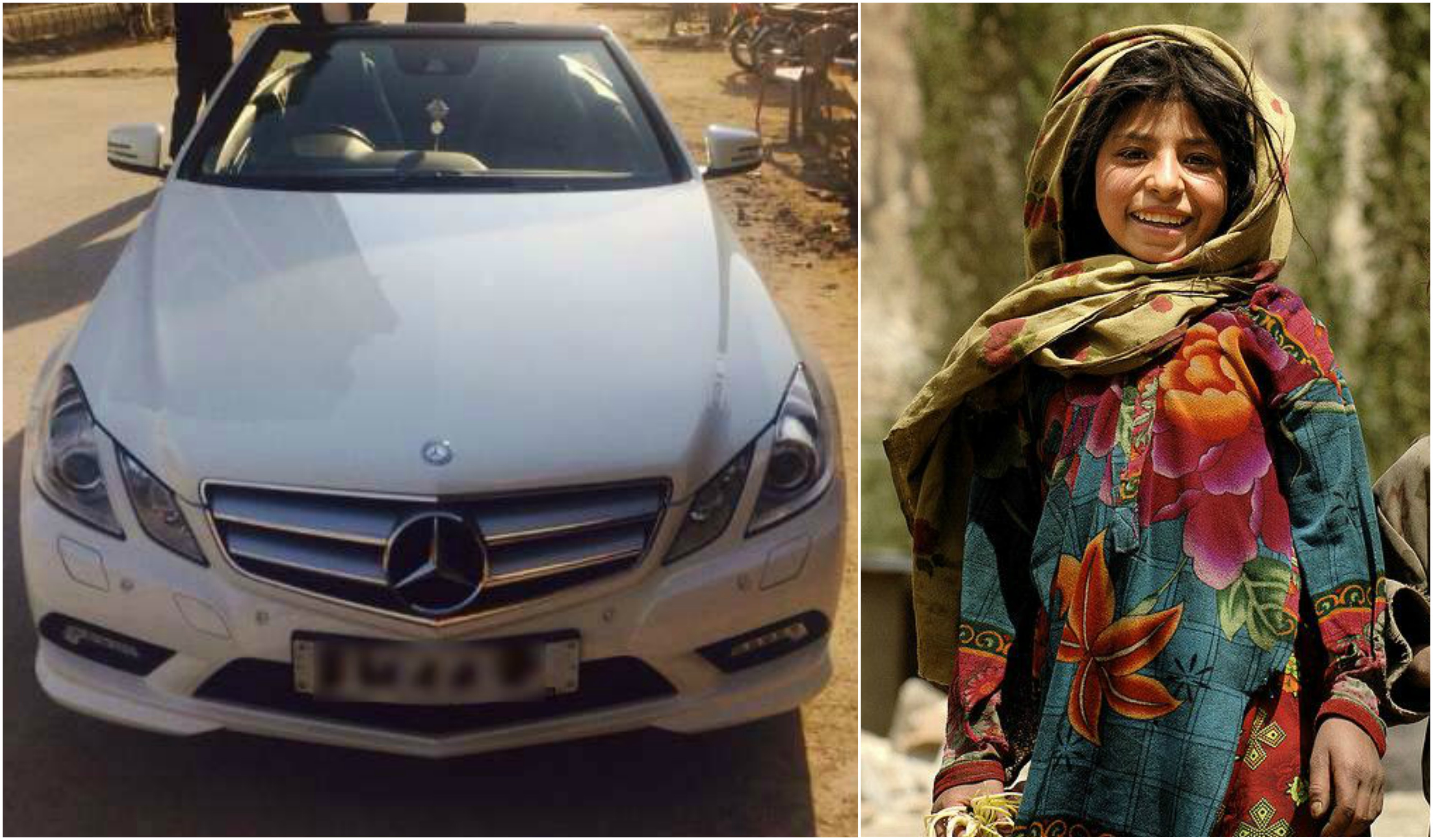 Never judge a book by its cover. What we may regard as a little thing; it may end up changing the lives for many. This scene in Defence, Karachi narrated by Ahsan Kidwai, is a wonderful example of sharing what you have with those who don’t; and it has left many in awe.

Here is how Ahsan narrates the wonderful episode.

”Last evening as I drove back home, I came across a ‘rare’ incident on the streets of Karachi. Rare because of the positivity and generosity I saw after a really long time! Yes, in Pakistan amidst the prevailing fragile law and order situation.

As I stopped on one of the intersections of Khayaban-e-Mujahid, I saw a 2-door convertible (further details undisclosed to ensure anonymity) which was surrounded by the lesser privileged children between the ages 5 – 8. The kids tried opening the doors from each side, trying to hop on. At that point I didn’t quite understand what was going on. It was then when I also noticed that the car was without a number plate and unfortunately like the majority of us, I jumped to conclusions. I embarrassingly admit, it wasn’t really a positive one as the car was perhaps unregistered.

As the traffic lights turned green, the gentleman screeched past the intersection with a loud ‘vroom vroom’ as if it were a drag race. Yes, on one of the busiest khayaban’s in Defence, where the majority of us would have called him a show off. Yes? Maybe?

Well, 200 meters down the road, I couldn’t believe what I saw. The car stopped to the left and a kid got off with a wide smile on his face, jumping around in excitement. Ecstatic. Probably the happiest kid I’ve seen in a really long time. Someone who I believe sat in a car for the very first time and that too in a pricey convertible – the only one of its kind that I’ve seen in Karachi.

It’s deeds like these that make me love Pakistan. Faith in humanity restored – Pakistan Zindabad!”

This wonderful story is another reminder of sharing and caring. A little act of kindness can bring a lot of smiles. We just celebrated the festival of Eid; a festival which is based on giving to the poor and this act of kindness takes that idea further.

Thankyou Ahsan for the story and Well-done Na-Maloom Convertible Guy for Inspiring us!!

While India Is Busy Screaming Nonsense, Russia Is Doing Military Exercises in Pakistan
This TV Show Host Is Supposedly Poisoned By The Criminals She Exposed On Her Show
To Top