25 Years Ago, Pakistan Created History In The World Of Cricket 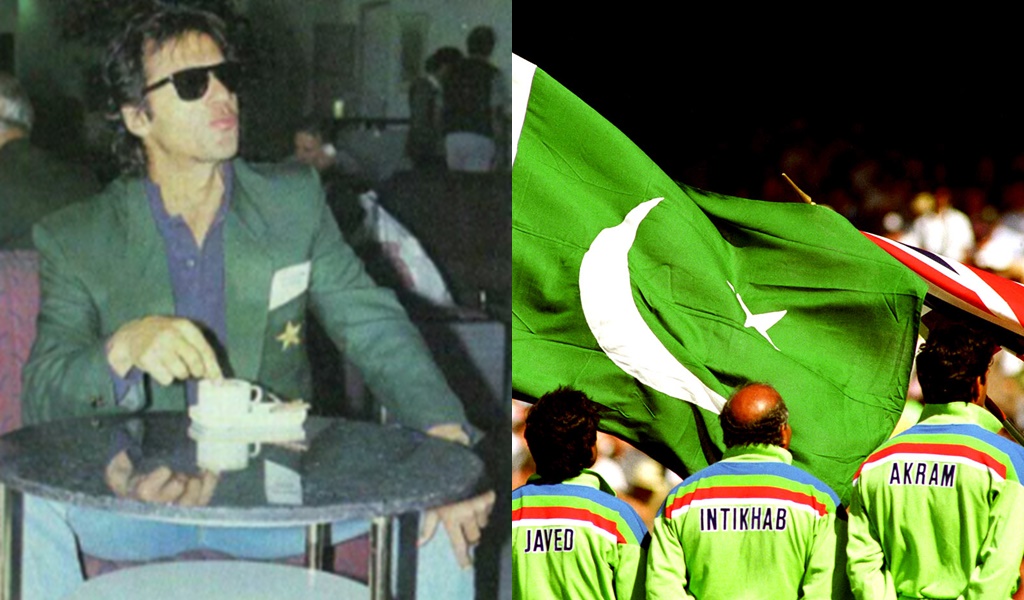 From the double centuries by Ramiz Raja to beating the unbeatable, mighty Aussies, every Pakistani, be it a cricket fanatic or not knows how we aced the ICC World Cup in 1992, that too against all the odds. The Men in Green made their way through the final after giving a tough competition to all the participating, making the final match even more anticipating than we had imagined.

While many of us weren’t even born at the time Pakistan won the 92′ World Cup, throughout the history we have been made aware of the prestigious victory Pakistan coined 25 years ago.

Led by one of the greatest captains Pakistan cricket has ever witnessed, Imran Khan and the pack of cornered tigers embedded their name in the history of not just Pakistan, but also in cricket.

25 years ago The King of Hearts led some cornered tigers to an historic win. Pakistan cricket has never seen a leader like him since. pic.twitter.com/aOeXmDPi7V

Before Pakistan defeated Australia in the do-or-die match, everyone knew that the 11 men had no game-plan to be followed. Losing against India, South Africa, and West Indies, no one imagined Pakistan making their way to the final round of 92′ World Cup. As charismatic as Imran Khan was as the captain of our team, he told the reporters then that Pakistan still has an opportunity in the race and there you go – today we are celebrating the 25th anniversary of winning the world cup.

While the batting order in the first innings was shaky, it was Imran Khan and Javed Miandad who’s excellence in batting led to a decent total score on the leader board. Leaving the game in the hands of Wasim Akram and Co. the fall of England’s wicket took everyone’s breath away. The Sultan of Swing taking the wicket of Allan Lamb and Chris Lewis was the ultimate game-changer for Men in Green.

Today I’m not only celebrating a very important day of my career but one of the most memorable days for Pakistan???????????? pic.twitter.com/6SMCKHrtGQ

1992 world cup victory 25 years back this day was one of the greatest moments of Pak sports and this image one of the most iconic pic.twitter.com/yjCcVqNaJb

Imran Khan and Co. made us extremely proud on this day, 25 years ago. Here’s to hoping we can cherish such moments again!

Shahid Afridi Says Goodbye To Peshawar Zalmi
Donald Trump Delivers On His Absurd Promises And We Are Not Surprised!
To Top