ICC's Befitting Response to an Indian Speaking Ill about Pakistan is the Best Thing You Will Read Today! 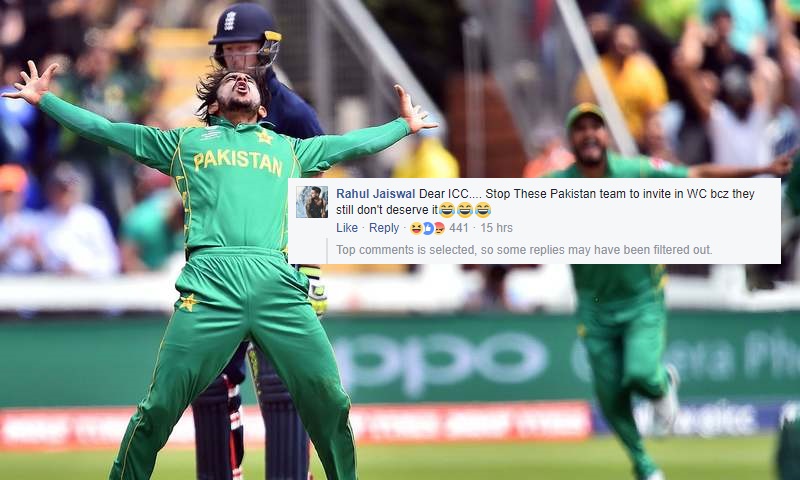 Seems like the Indians are still not over the way Pakistan trashed them in the ICC Champions Trophy this year. From ‘Kohli, nahi hota tujhse chase’ to snubbing the victory on the faces of the Bollywood public figures who were too proud, tables turned when India’s fall of wickets went down like rain drops.

Given how the Indians were riding on the high horses, seems like they are still not over the loss, that too by the hands of the arch rivals. India however, did beat Pakistan when they went face-to-face in the women’s World Cup match.

However, they do know that this doesn’t matter as much as beating the men’s team does and they failed to do so. Given so, salty Indians still try to “avenge” Pakistanis through their words.

So the ICC Made an Update on the match of Pakistan VS. West Indies 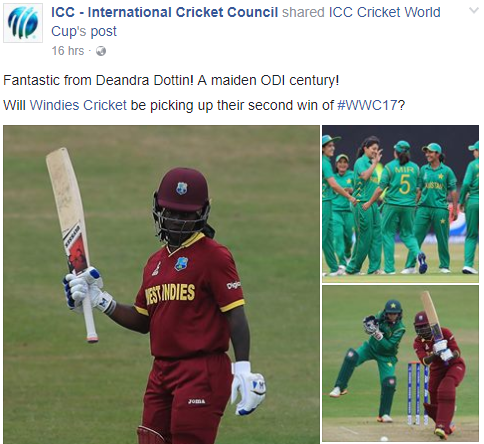 But there was this One Comment to which the ICC thought of Replying and Oh, it was Savage!

Give the Guy a Glass of Doodh Soda!!! 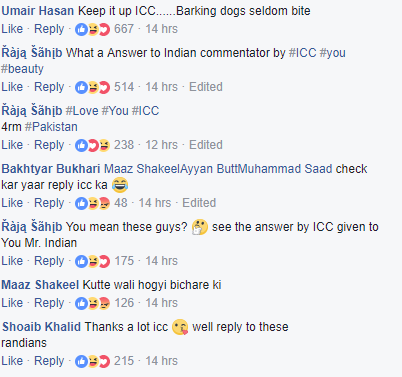 Given how the ICC trolled the Indian and sent out the message they will never forget, Indians need to quietly accept the defeat now.

NADRA Says, “Arshad Khan/Chaiwala Isn’t Pakistani” and Their Claim of His Identity Might Surprise You
17-year-old Servant in Lahore Tortured to Death by Political Personality
To Top