Images & Videos Sum Up Pathetic Performance Of Sindh Govt - Where Is PPP & MQM-P After Rain In Karachi?

Karachi continues to be exposed to one of the worst weather conditions experienced in Pakistan due to heavy rain, now, where is PPP and MQM who show their concerns over the city. Pakistan Meteorological Department on Monday said that heavy rainfall will continue in Karachi till Thursday. It expressed fears of urban flooding in the city. Despite that, the provincial government conveniently chose to dismiss the heads-up.

The news and social media are filled with images of the chaos happening in the city. At least three feet deep water has accumulated at Karachi’s Shahrah-e-Faisal. Water could not be drained from either side of the road on one of the main arteries of the city.

Here’s a thread to sum up what is happening in the city after the rain today.

Thread On Karachi After Rain. Screw You PPP & MQM۔. You both destroyed my city.

Moreover, the heavy showers triggered a landslide near Gulistan-e-Johar’s Munawwar Chowrangi. Fortunately, no deaths and injuries have been reported. Multiple cars and motorcycles damaged in the landslide.

PPP and MQM-Pakistan contribution to the destruction of Karachi

While Muttahida Qaumi Movement-Pakistan led to kidney failure of the city, the Pakistan Peoples Party-led provincial government did not bother to provide any help for Karachi. 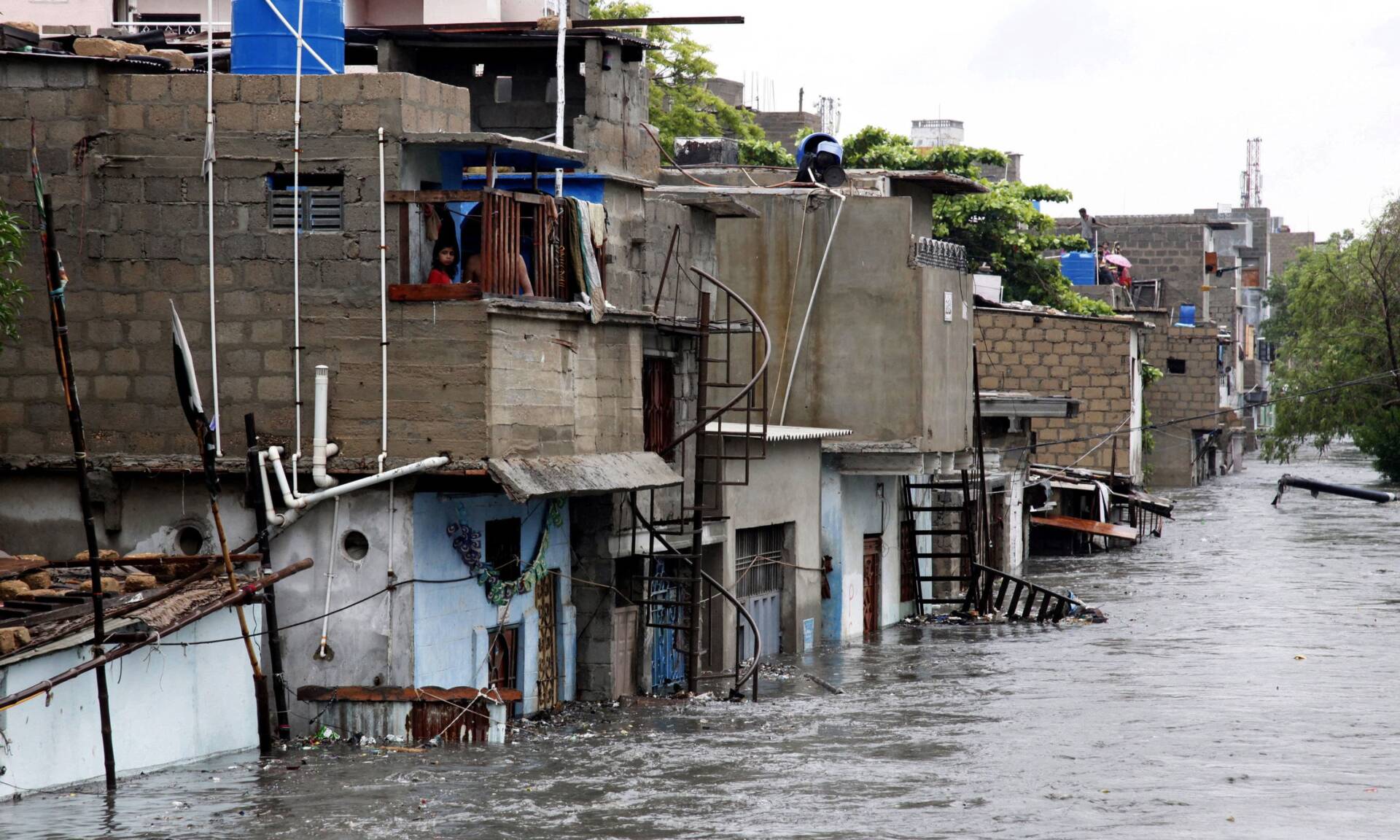 Every year, the city endures devastation as a result of little rain. Moreover, citizens continue to suffer at the hands of MQM’s ethnic-based politics and PPP’s encroachment upon the city. Clearly, the Sindh government has done nothing for the urban and rural parts of the province. In fact, it further destroyed the infrastructure of Karachi.

One can without a shred of doubt say that Sindh is the most corrupt province. Moreover, authorities’ negligence and hollow promises leave the citizens to their own in such difficult times. Flooded roads, power breakdowns, toppled trees, roads choked with traffic, and damaged structures are nothing out of the ordinary for the city’s residents.

Chaos in the aftermath of another monsoon spell

Thank you #SindhGovt for that classy enjoyment for patients of agha khan hospital PPP is really much loyal to karachi even they want all to swim their street pools now haters will say that we are jealous of this superb condition of #karachi#KarachiRain #Karachi #KarachiRains pic.twitter.com/nRIS7LaYAi

Rain is blessing but due to some corrupt elements present there turned as problems for ordinary man as flood like situation or in some cases it may proved to be disastrous for those who encountered with electrocution. #KarachiRain

Karachi right now! 👇😥@BBhuttoZardari – ENOUGH is ENOUGH! Either do something for #Karachi or tell PPP to LEAVE Govt. 😠#KarachiRain#KarachiRains #KarachiSinks pic.twitter.com/MpFcvFAw7W

Meanwhile, the authorities also made claims of taking pre-emptive measures to curb further destruction in Karachi ahead of expected downpours. As it appears, the claims seem to be only empty promises. Sadly, the rain has once again driven the city into disarray.

Least the Sindh government has done is this…

Rain emergency has been declared in the province by CM Sindh

Moreover, the citizens pin no more hope on the governments. The rain was coming this time again, but the provincial government did nothing. What a shame!